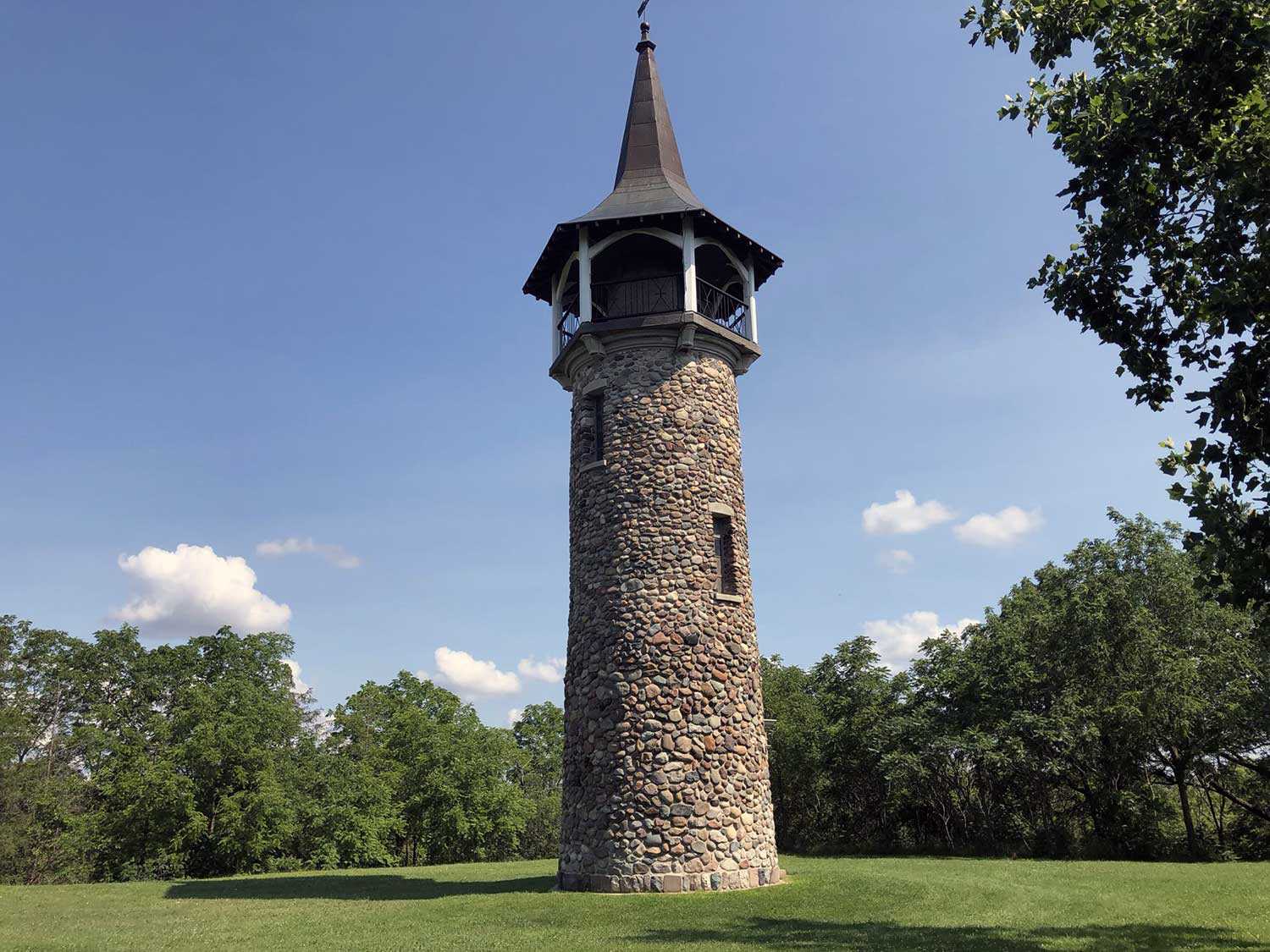 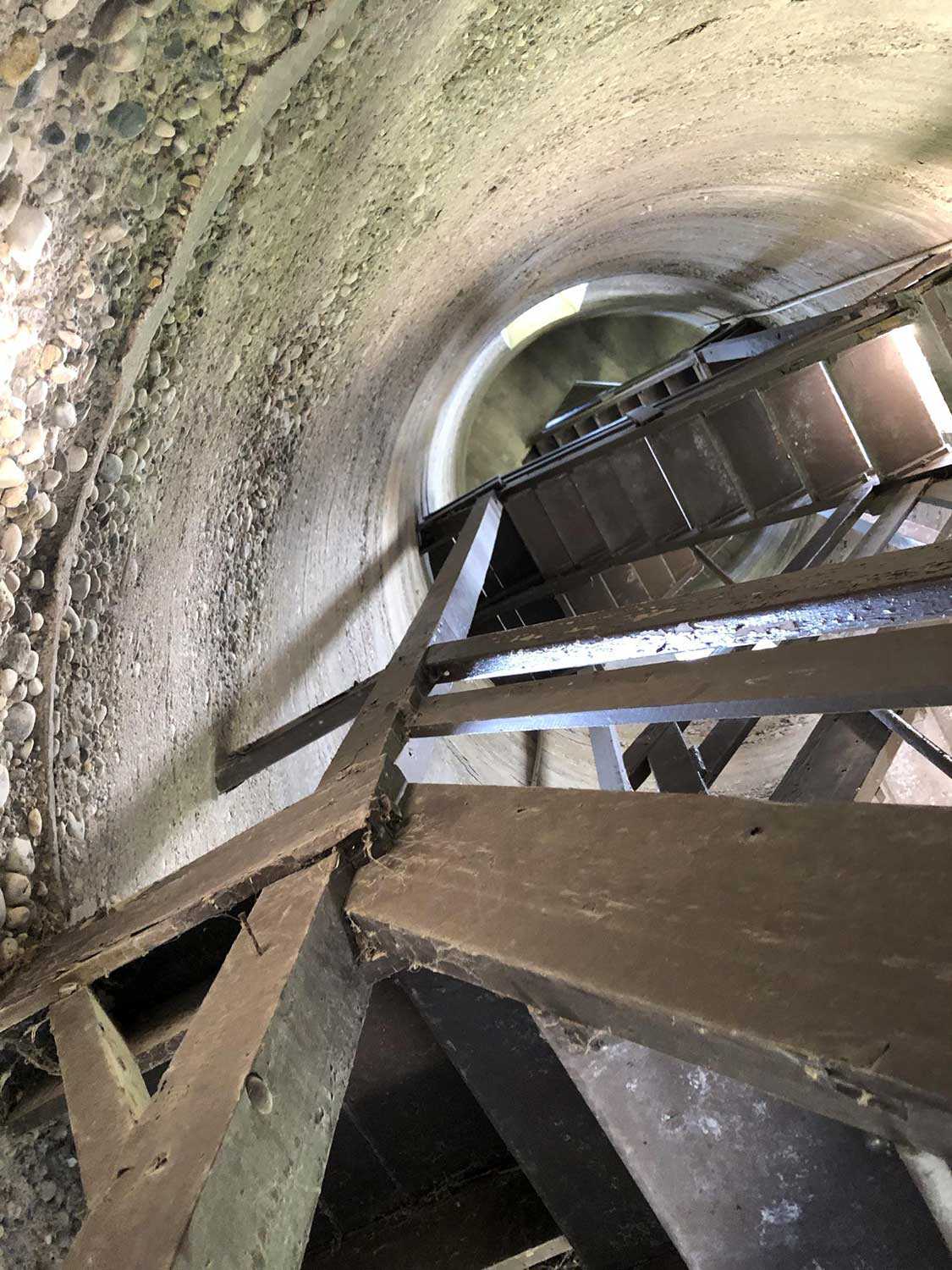 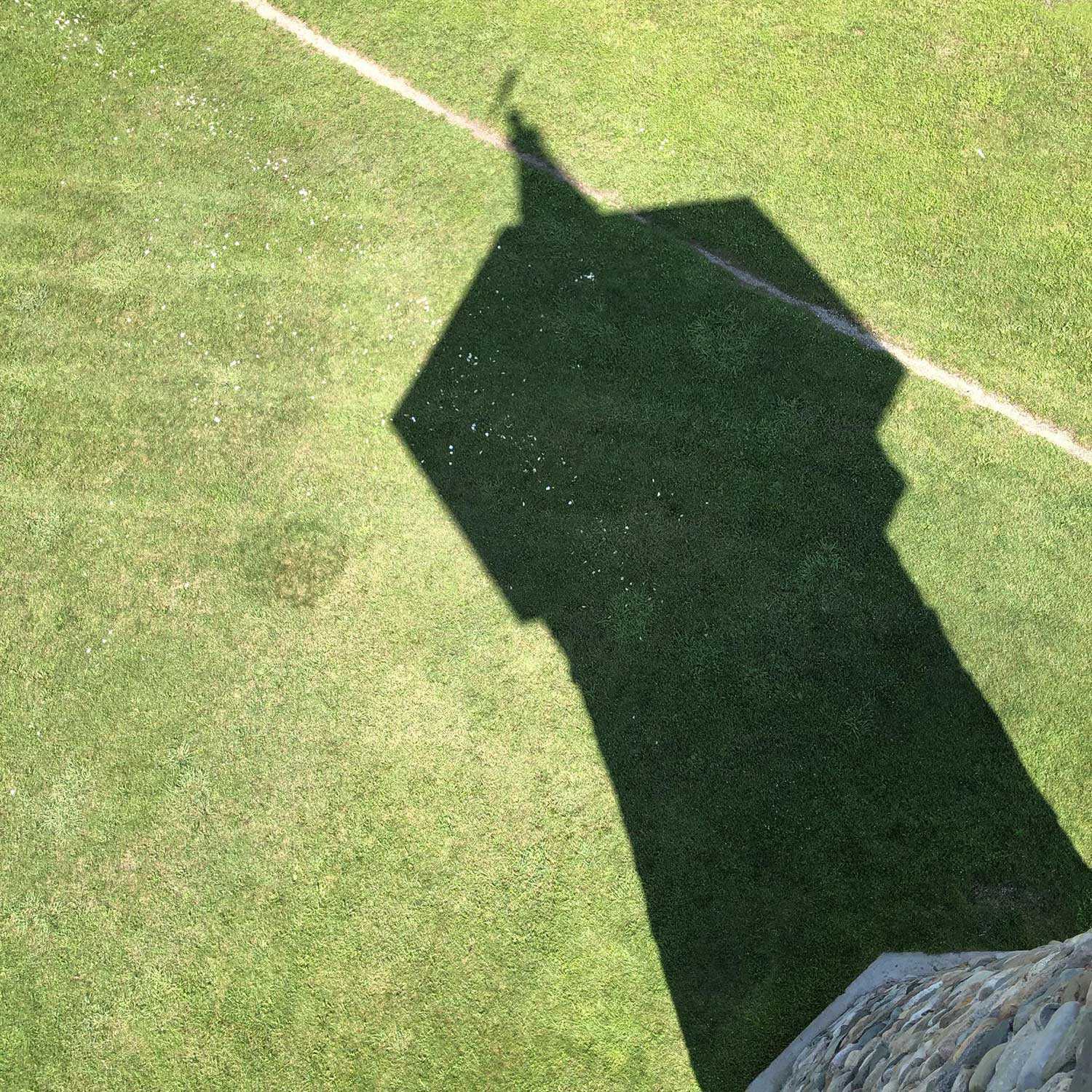 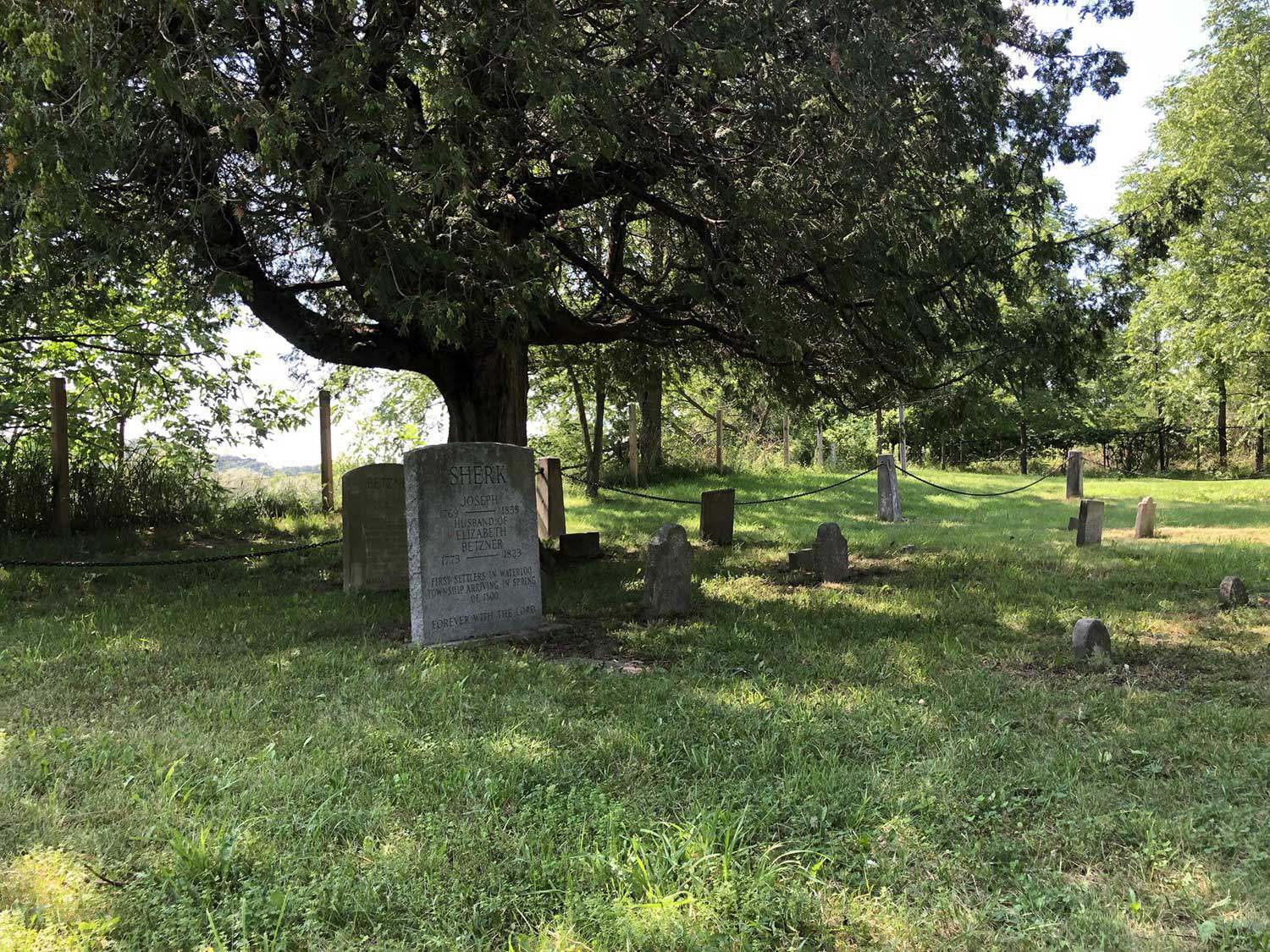 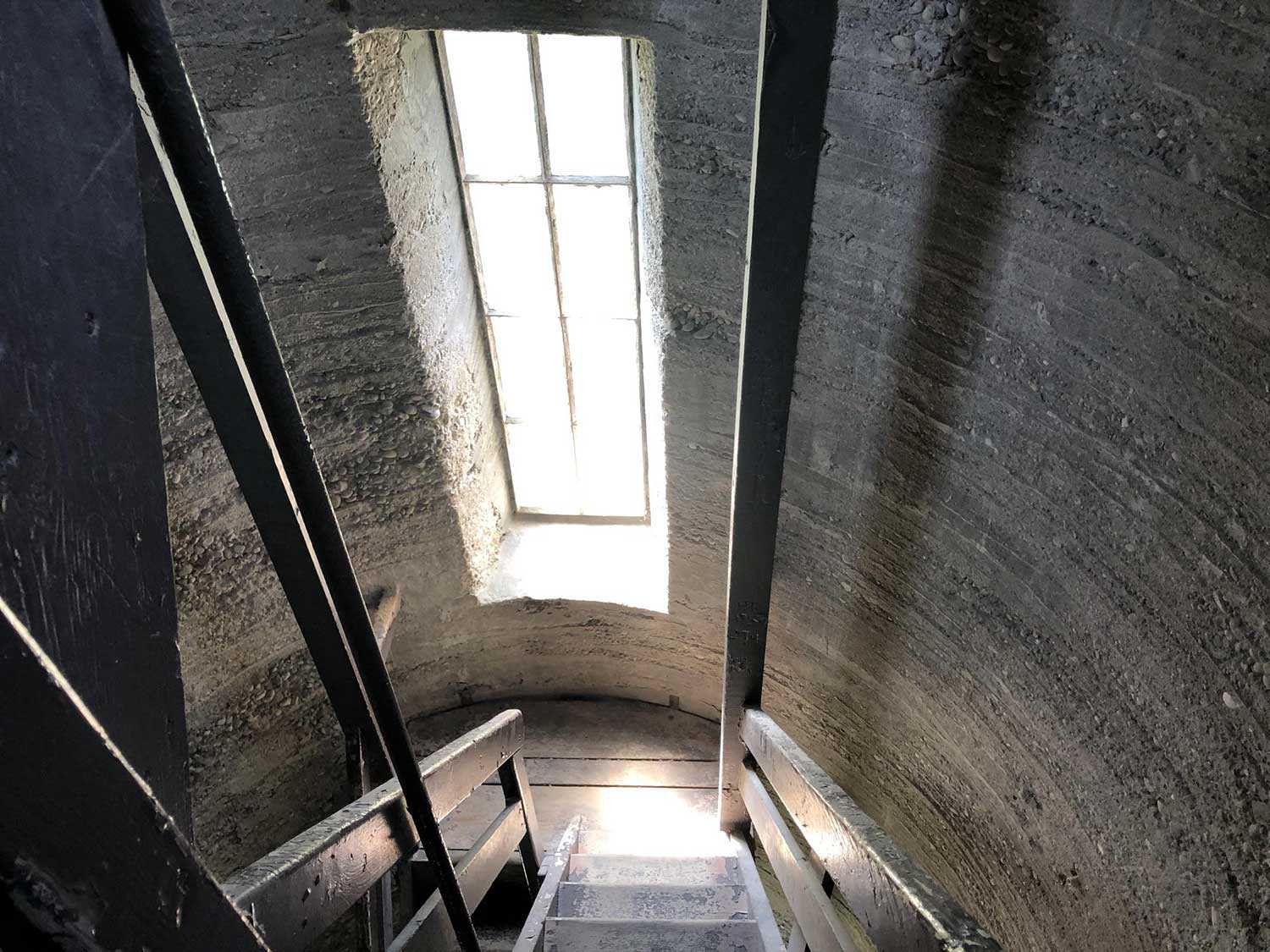 Nestled along the banks of the Grand River in Kitchener, the Waterloo Pioneers Memorial Tower is an icon of Waterloo Region. It memorializes the arrival of the first Pennsylvania Dutch settlers to the area in the early 1800s. Its conception in 1923 was prompted by the rise of German-Canadian nationalism following a period of cultural sanctions imposed on the local community during the First World War. As part of Digital Doors Open, watch the video below for a behind-the-scenes experience of this iconic landmark. The tower, conceived by W.H. Breithaupt, is an 18.9-metre high structure (62 feet) that stands on the banks of the Grand River. It pays tribute to the contributions of the hardworking Pennsylvania-German pioneers who settled the Waterloo Region between 1800 and 1803. Its shimmering Swiss-style copper roof, random-coursed fieldstone construction and Conestoga wagon weathervane can be seen for miles, paying tribute to the German heritage of the farming community that built it.