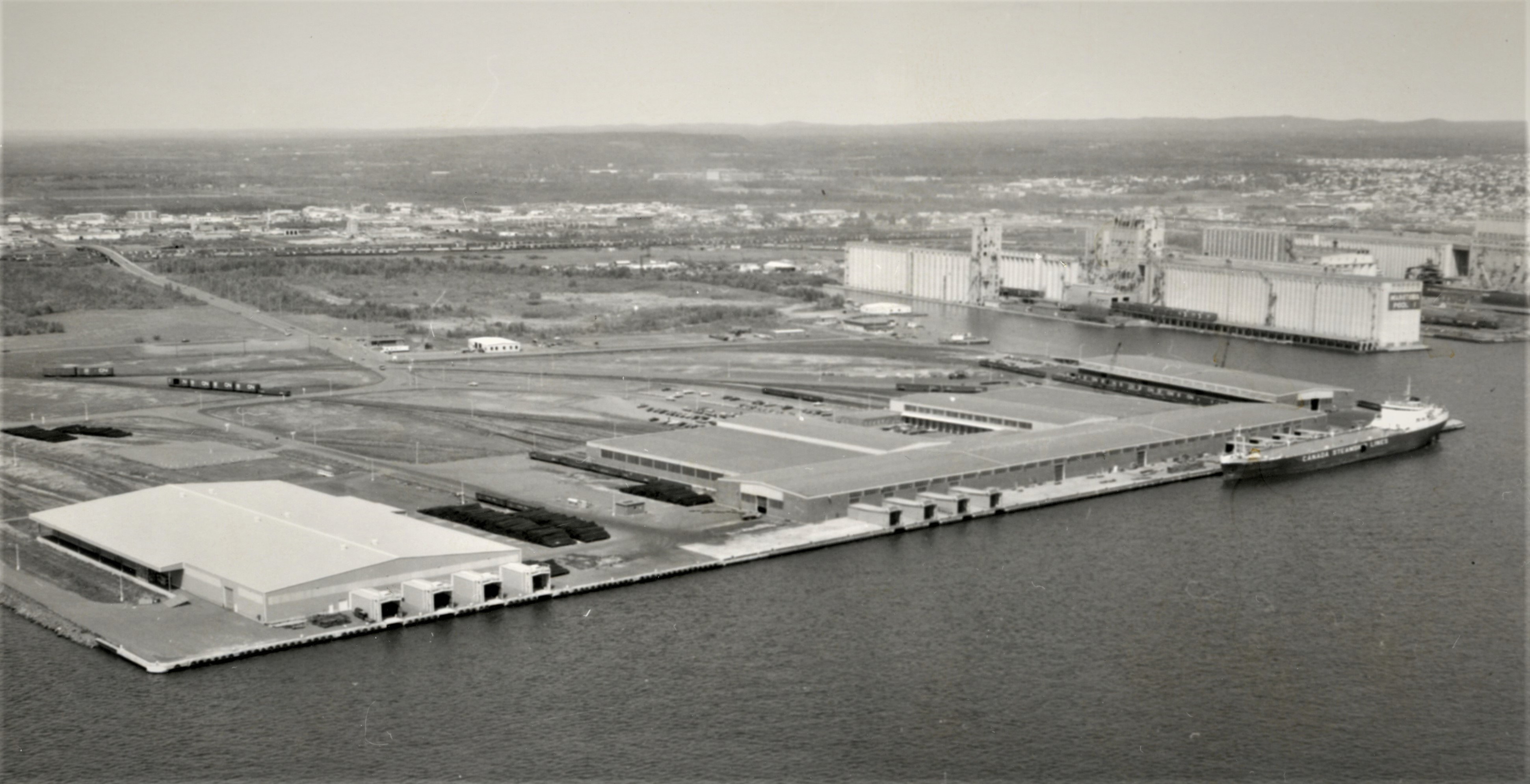 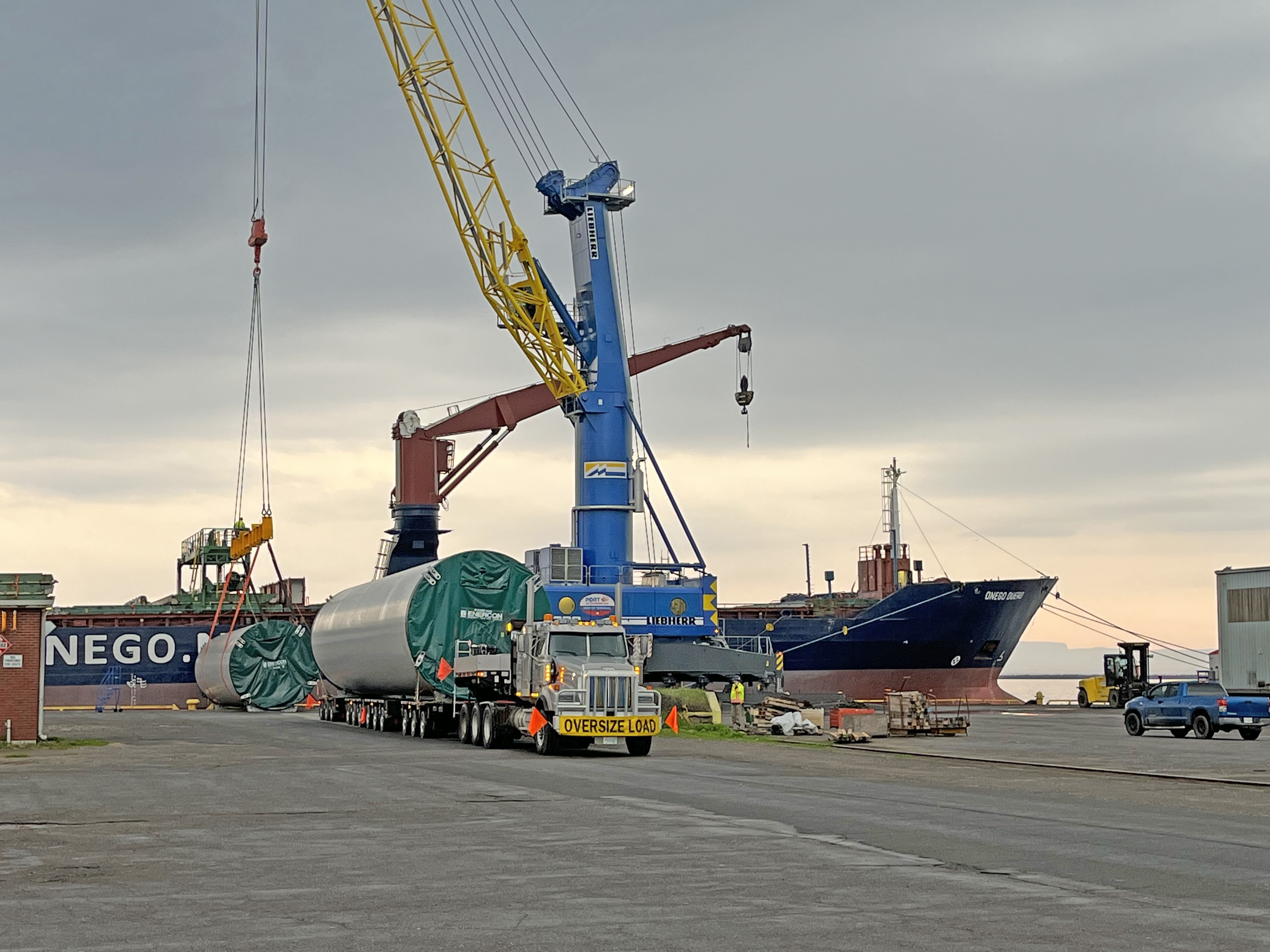 The Keefer Terminal was conceptualized in 1957 by the Canadian Lakehead Port Association, a co-operative consisting of the provinces of Manitoba, Saskatchewan and Alberta, and the cities of Port Arthur and Fort William. The terminal stands out as a major feature of the Thunder Bay Port, and is an integral part of the region's shipping. It was built to augment existing bulk cargo-handling capabilities at the Lakehead with modern facilities for lake vessels carrying freight for Western Canada, and berthage for ocean-going vessels for handling import and export trade. With the transition of package freight movement to the Trans-Canada Highway in the 1980s, marine activity decreased at Keefer Terminal. Since 2004, the Port of Thunder Bay has revitalized the terminal as a supply-chain gateway for heavy, oversized breakbulk and project cargo. Keefer Terminal’s regular cargoes, primarily destined for Western Canada, include steel products, windmill components, electrical infrastructure and bulk phosphate fertilizer. Capital infrastructure investment of $30 million has modernized Keefer’s cargo handling assets, providing value for shippers using the Great Lakes-St. Lawrence Seaway system. Learn more about this fascinating site through the video below.