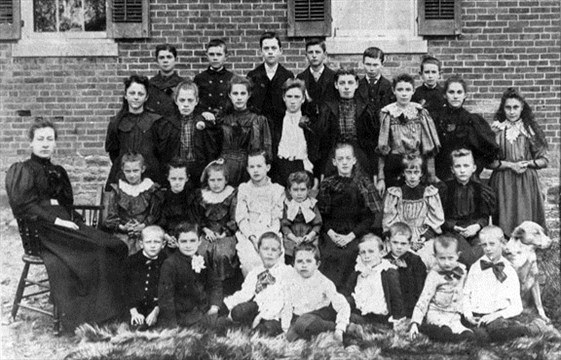 Uncovering and preserving Lincoln's rich history has been the passion and committed mission of the Friends of Lincoln's History since their doors opened in 2011. In association with the Ontario Historical Society, this registered not-for-profit has been collecting, cataloguing and archiving historical documents and artifacts related to Lincoln's history in hopes of encouraging an interest in continued preservation and education in Lincoln's archaeological, architectural and historical heritage. One of their recent community projects involved helping the team at Bench Brewing Company to uncover over 182 years of history embedded in the halls of Maple Grove School. This local historical building, which was once the longest-running active school in Ontario, would soon become the home for the Bench Brewing Company’s new brewery, and the team wanted to honour the school’s past not only by adapting the physical structure but also by documenting its story with assistance from the Friends of Lincoln’s History. As part of Digital Doors Open, watch the video series entitled Uncovering the Lincoln Archives – Part 1 can be seen below, with Part 2 and Part 3 available on YouTube.