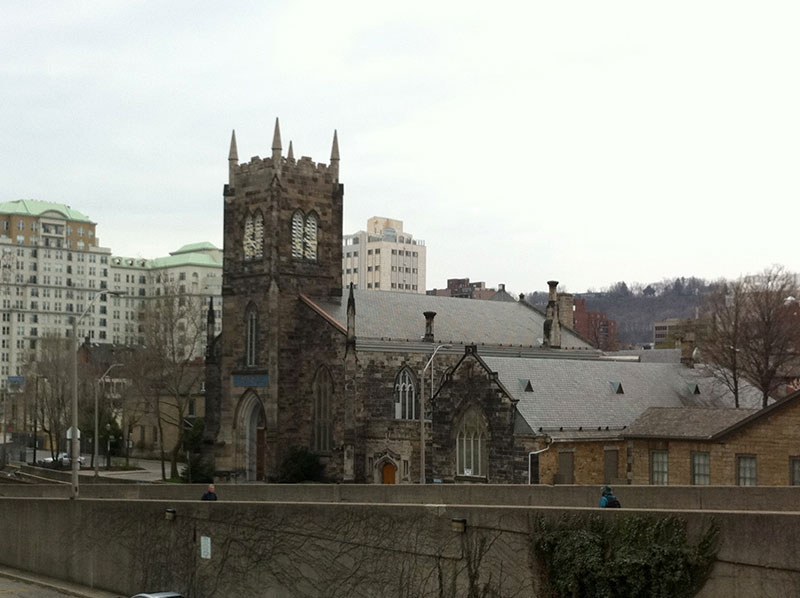 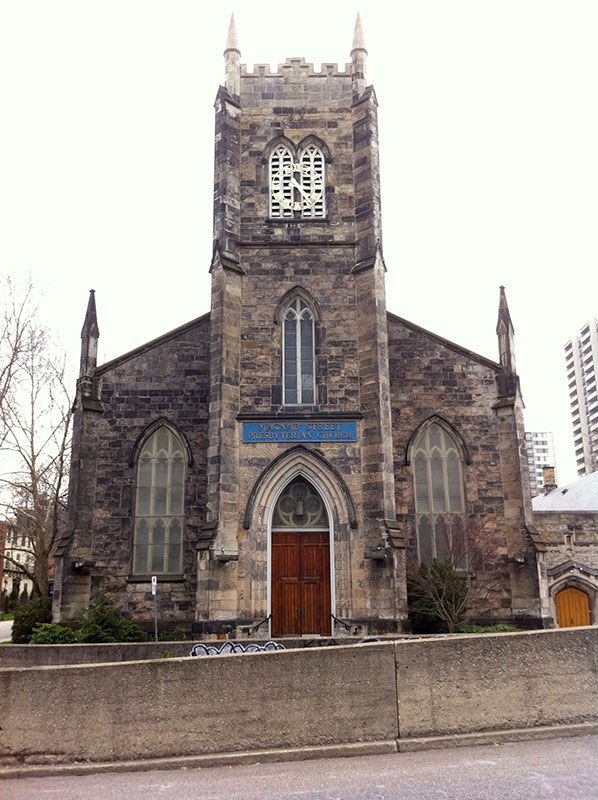 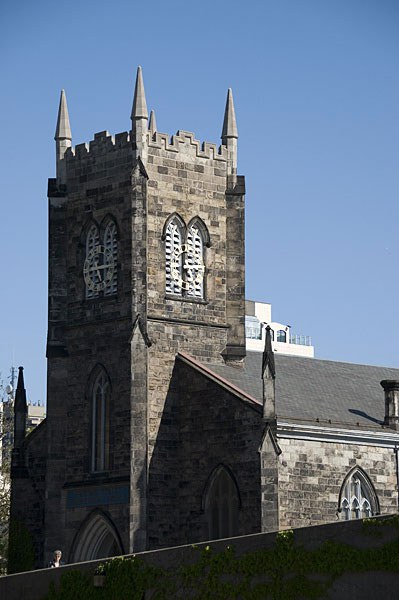 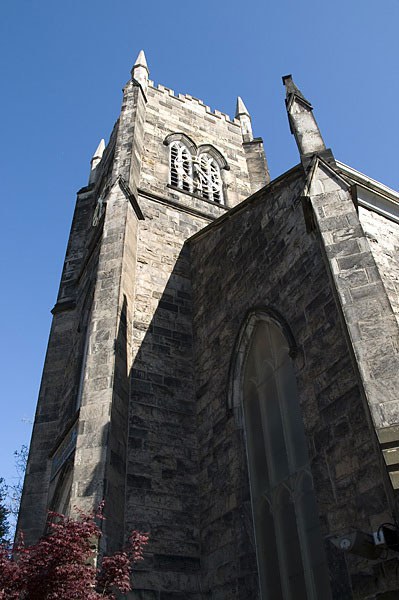 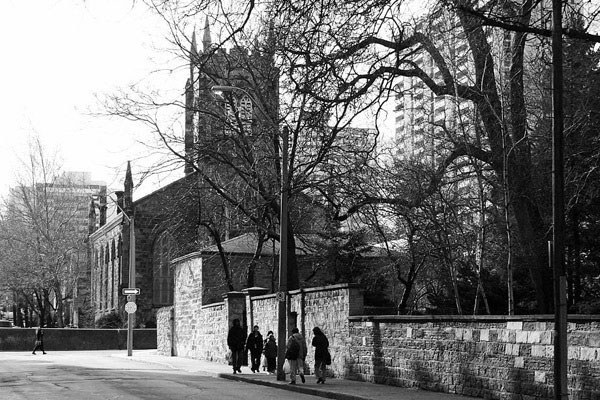 The MacNab Street Presbyterian Church was completed in 1857 during a cholera epidemic. The exterior is solid stone masonry with an updated slate roof. After the First World War, nine-window stained-glass windows by the Scottish artists William Wilson and James Ballantyne were installed. The sanctuary has stone walls and columns, blonde wood and a magnificent Casavant organ.

The MacNab Street Presbyterian Church was established as a congregation in 1854 during a cholera epidemic. The current building’s construction began in 1856, with funding provided in large measure by two families – Dr. Calvin McQuesten (of Whitehern) and the Honourable Isaac Buchanan (of Auchmar Estate). Scottish stonemasons constructed the main building, using stone quarried from the Hamilton “Mountain.” During the next 25 years, two additional buildings were added to the site: a manse and a school building. After the First World War, an addition was made and then, in 1935, the interior was completely renovated and a nine-window stained-glass installation by the Scottish artists William Wilson and James Ballantyne was commissioned. The Journal of the Royal Architectural Institute of Canada (1935) praised “the simplicity and good proportion of its exterior design,” and noted it to be “one of the first permanent ecclesiastical buildings in Hamilton.” Today, it is part of the MacNab-Charles Heritage Conservation District. As part of Digital Doors Open, check out the video below, as well as the church’s YouTube playlist, which includes music, messages of worship and children and youth messages.