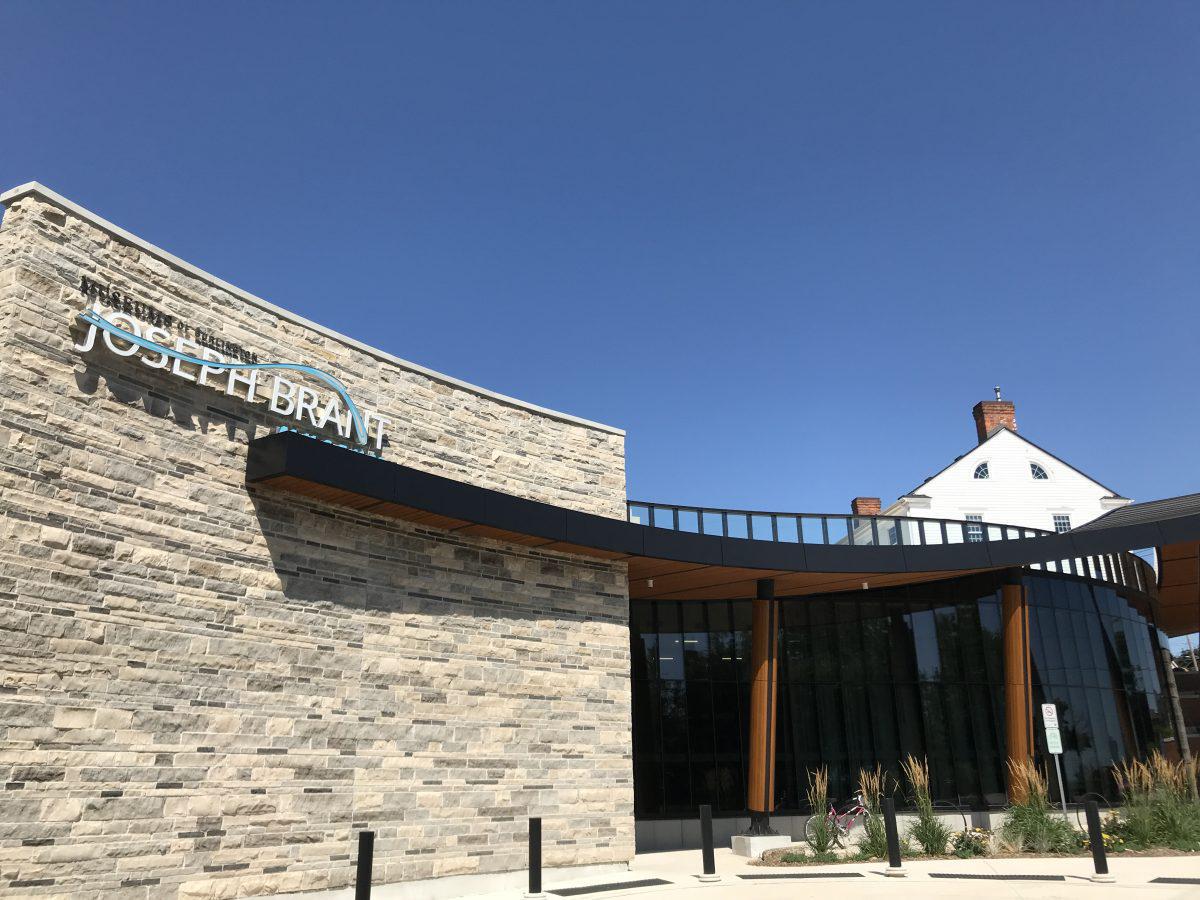 In 1798, King George III granted the Mohawk and British army captain land on what’s now known as Burlington Bay for his services to the Crown during the Seven Years War and the American Revolution. The museum was built in recognition of Joseph Brant “Thayendanegea” (1742-1807) as Burlington’s first citizen. Over the years, the museum has undergone a series of transformations. The current museum, which reopened in September 2019 after a significant restoration, features three permanent galleries and a space for travelling exhibitions. The white house atop the hill is an approximate replica of Joseph Brant’s original home, which served as the museum from 1941 to 2017. For Digital Doors Open, watch the video below as Director of Museums, Kimberly Watson, shows us where and how artifacts are stored in the newly built Joseph Brant Museum. Learn how the recently reopened museum has managed to maintain a small carbon footprint while adding 1,115 square metres (12,000 square feet) of space. In addition, there are online galleries to explore, school programs and resources (including education kits, home-school programs and virtual field trips), virtual “badge” programs (based on the Girl Guides and Scouts), lectures, a mix of in-person and virtual kids’ camps, and a variety of both in-person and virtual events.