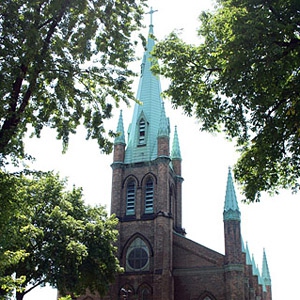 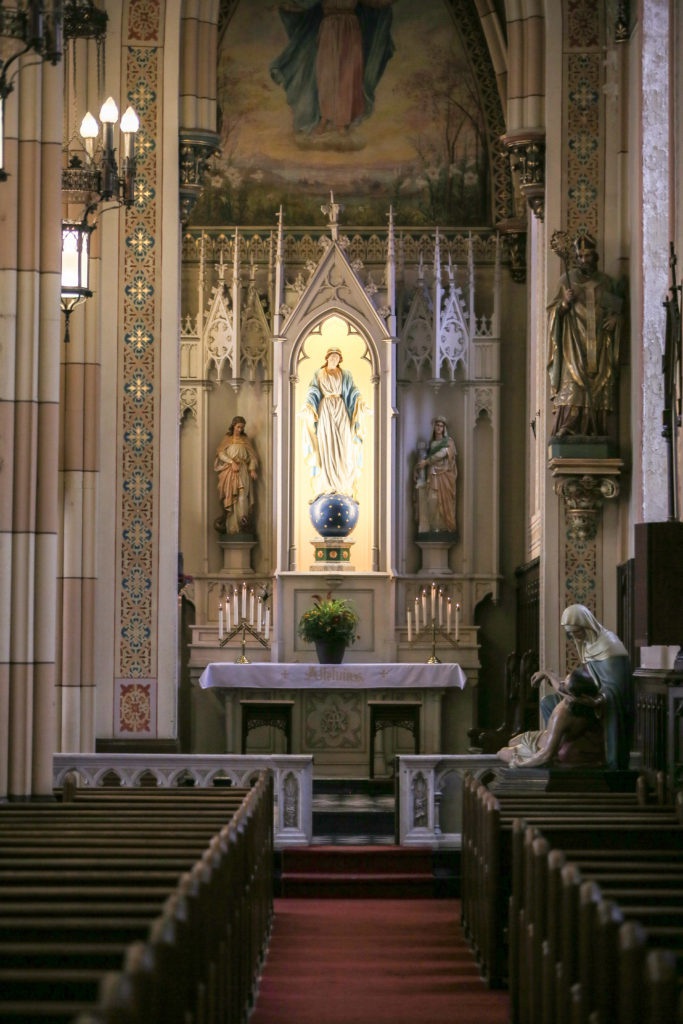 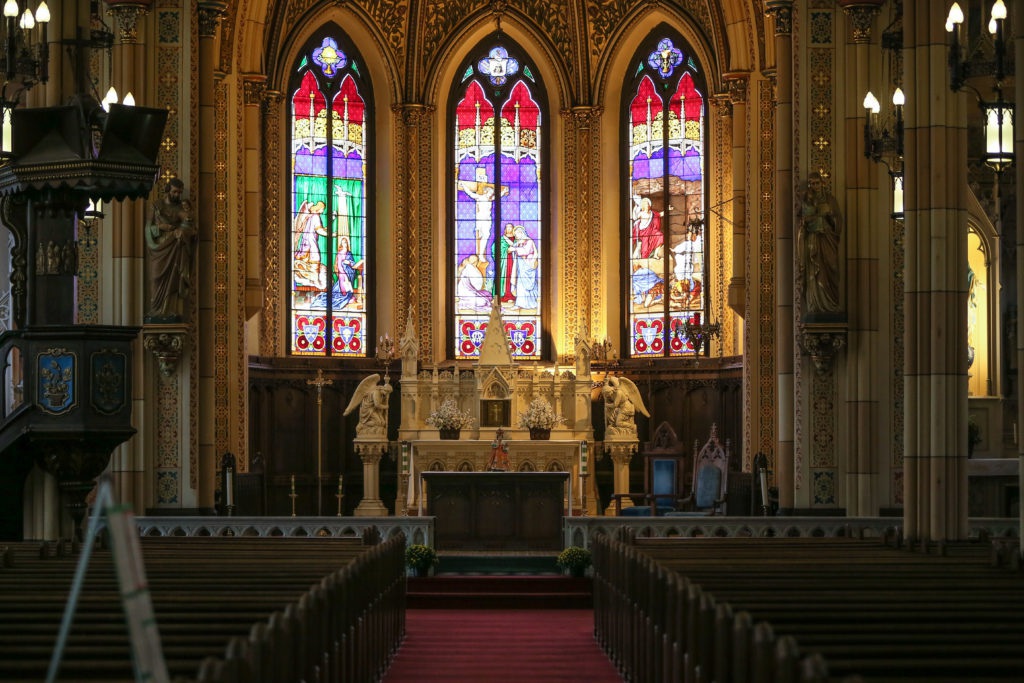 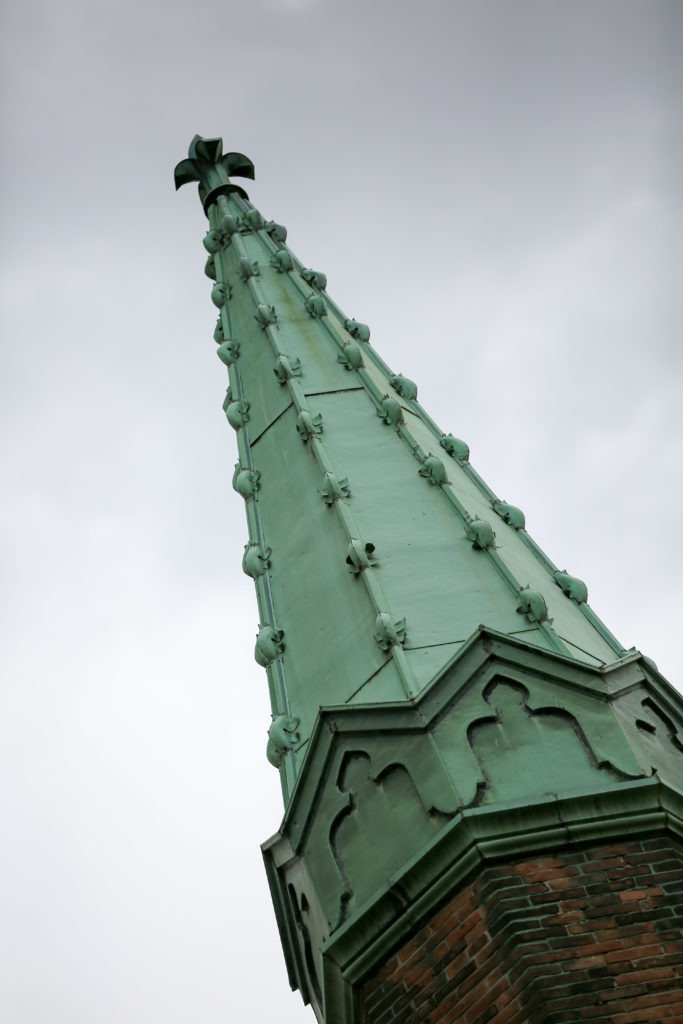 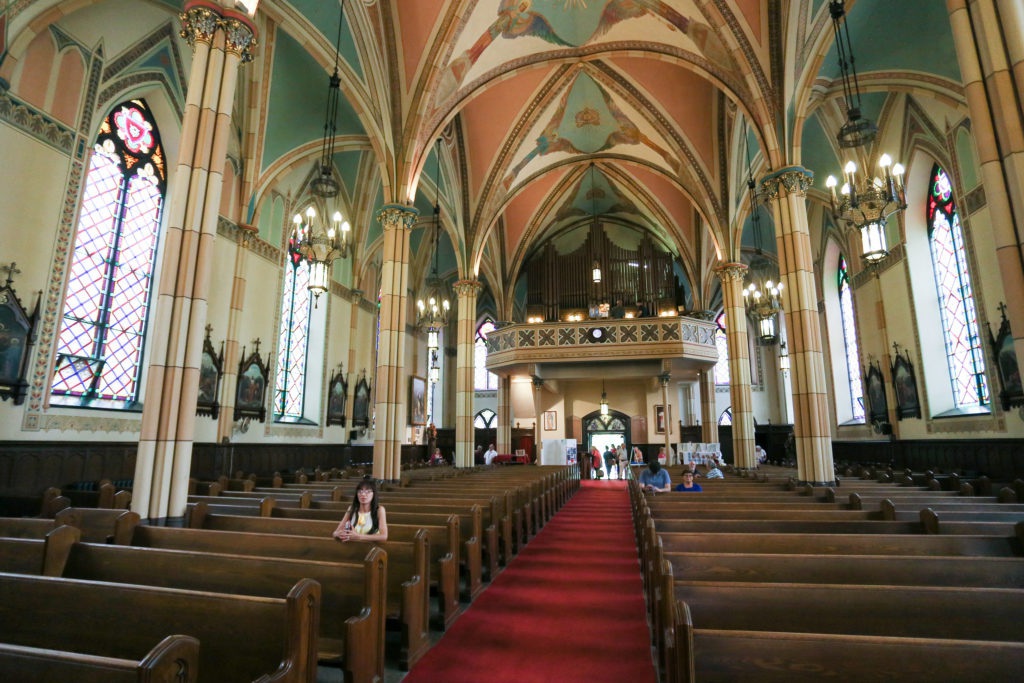 Assumption Church (Our Lady of the Assumption)

Founded in 1728 to serve the Huron Indians, Assumption is the oldest Catholic parish west of Montreal. Construction of the current building started in 1842 and the church opened in 1845. The architect, Robert Thomas Elliot, received $10 for his work. Once an endangered heritage building, Assumption Church is currently undergoing a massive restoration project that began in 2019.

Founded in 1728 to serve the Huron Indians, Windsor's Our Lady of Assumption Church is the centerpiece of Canada's oldest Catholic parish west of Montreal. There have been four buildings on this site, beginning with a chapel that was built in the 1740s. The current church, constructed from 1842-45, was designed in the Gothic revival style by Robert Thomas Elliott, who received $10 for his work. Assumption Church, as it is better known, is graced with many distinguishing architectural features – from arched doors and stained-glass windows to buttresses and towering steeples. The focal point of the interior is the intricately carved pulpit that was moved from an earlier building. It is the only known Indigenous French-Canadian carving from that period in Ontario. Designated under the Ontario Heritage Act, Assumption Church was closed in 2014 due to safety concerns over building deterioration. While closed, the church celebrated its 250th anniversary in 2017. In 2019, Assumption Church reopened following a huge fundraising campaign that assisted in the restoration of the structure inside and out. Restoration remains ongoing; you can follow its progress here. Or, as part of Digital Doors Open, watch the Art and Architecture video series that explores the symbolism of the church as presented through art and architectural features (Part One of four is shown below).