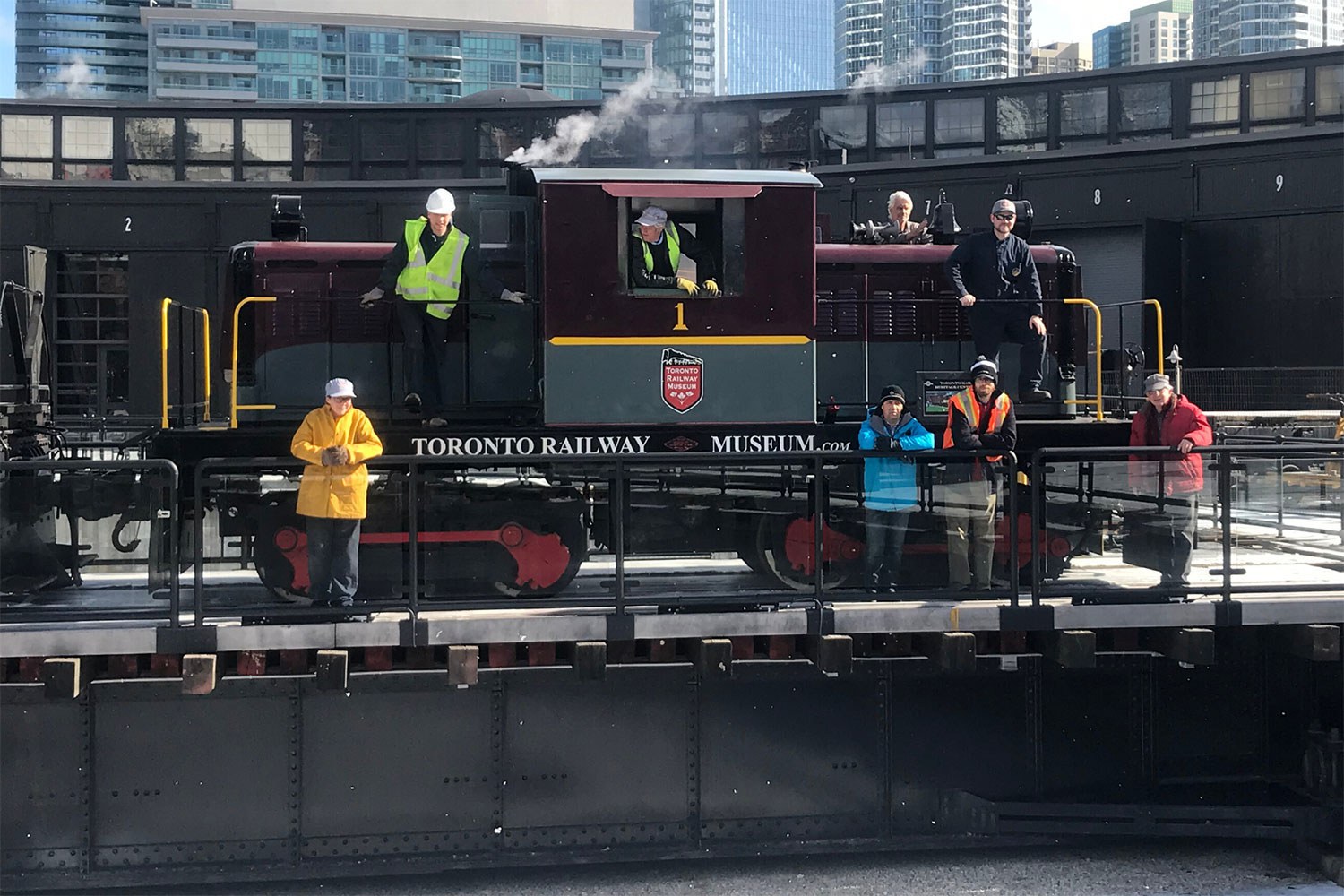 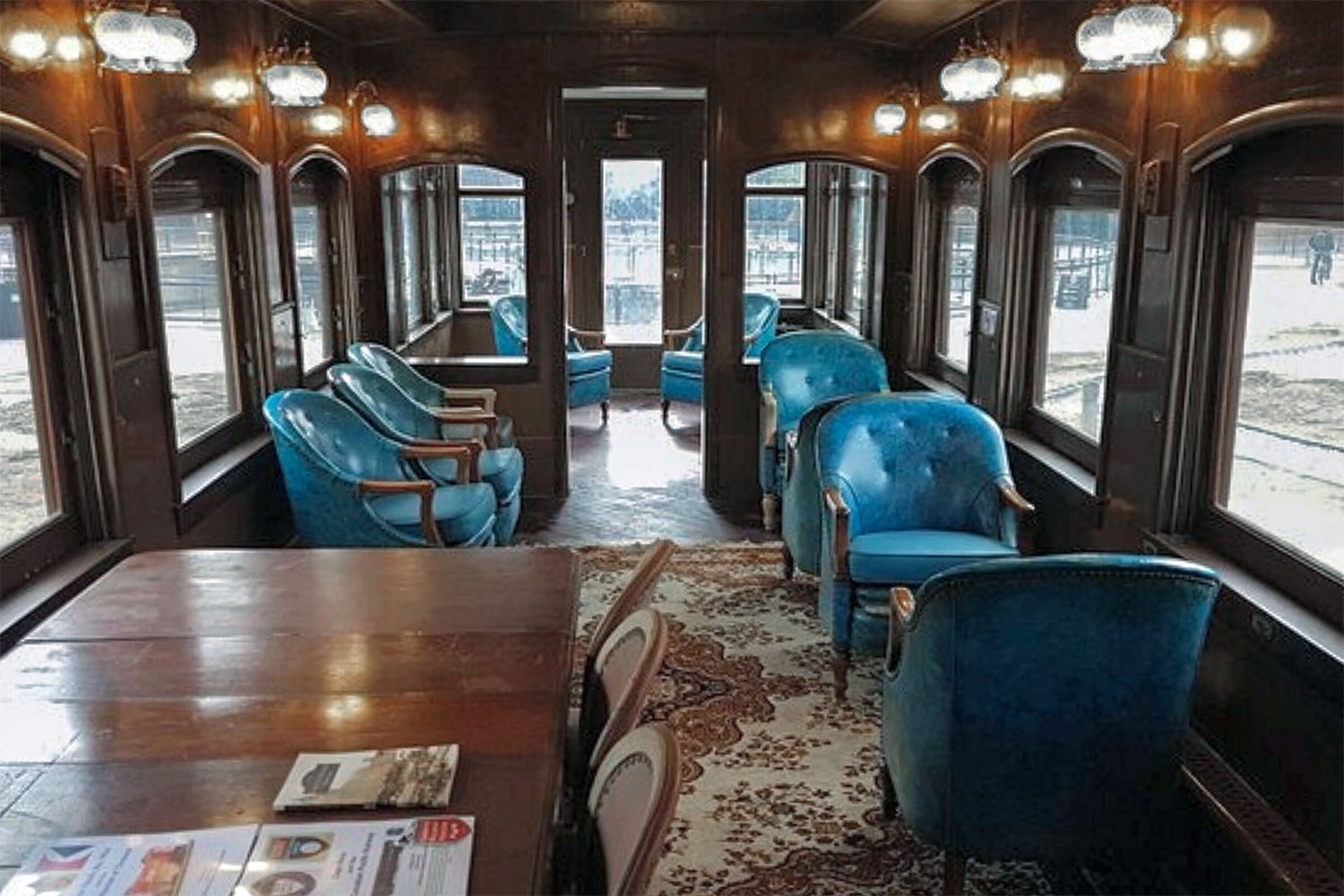 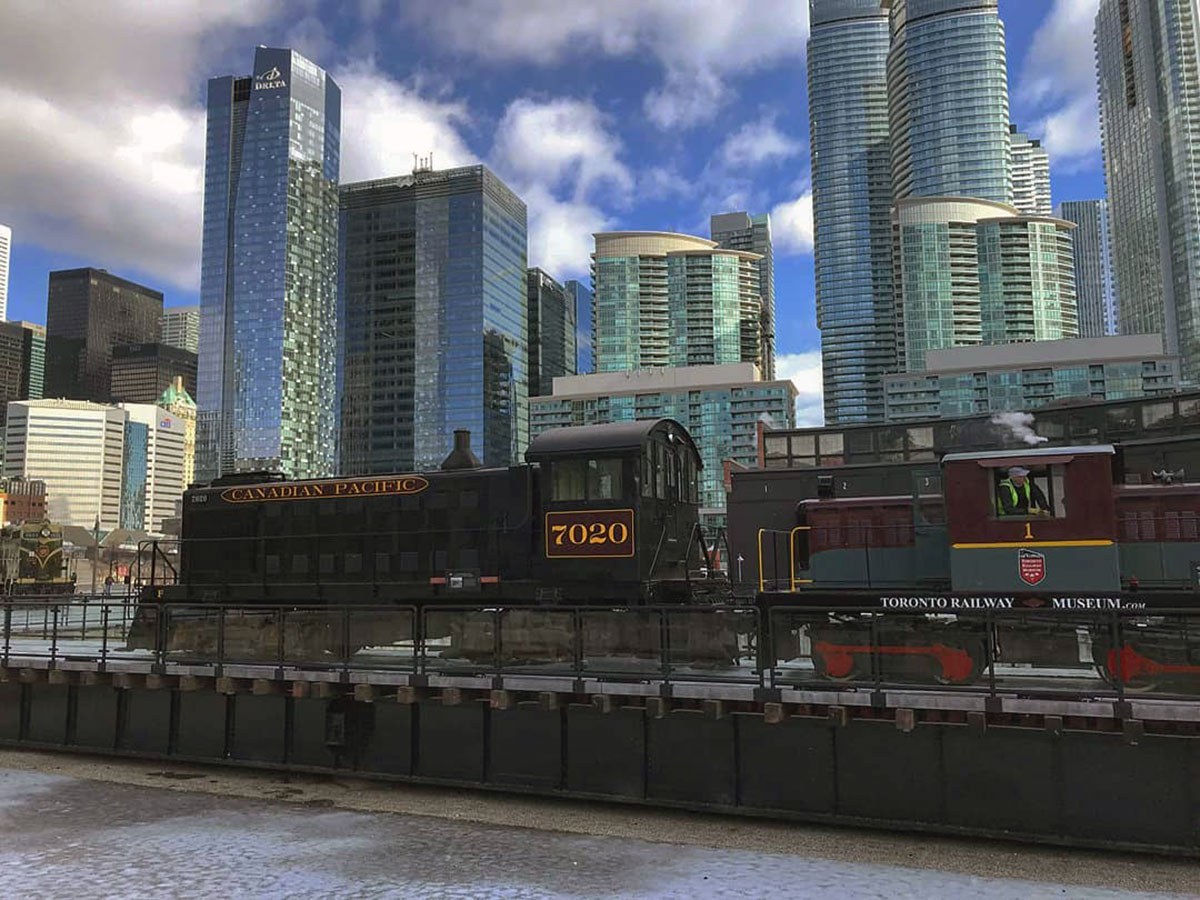 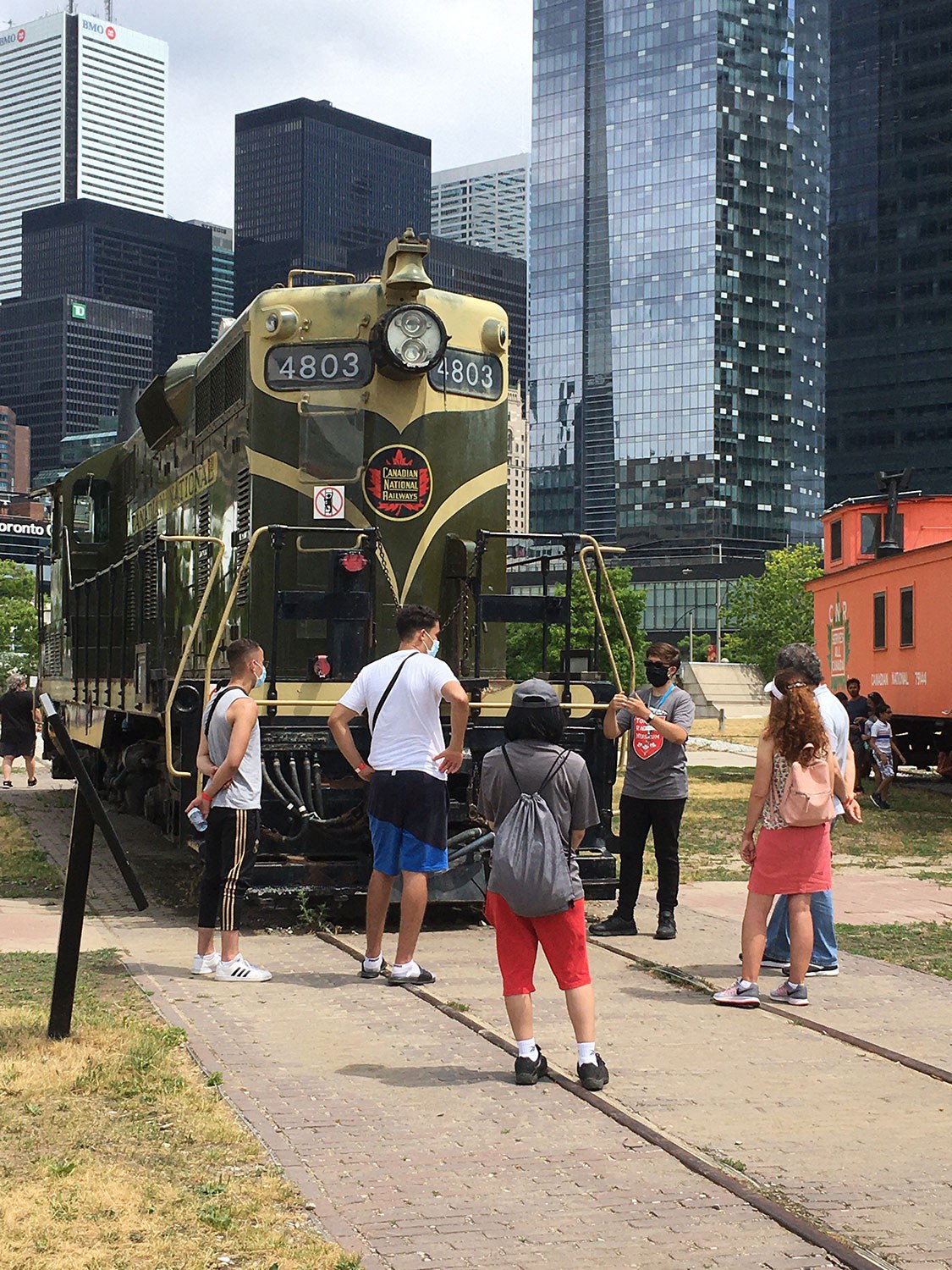 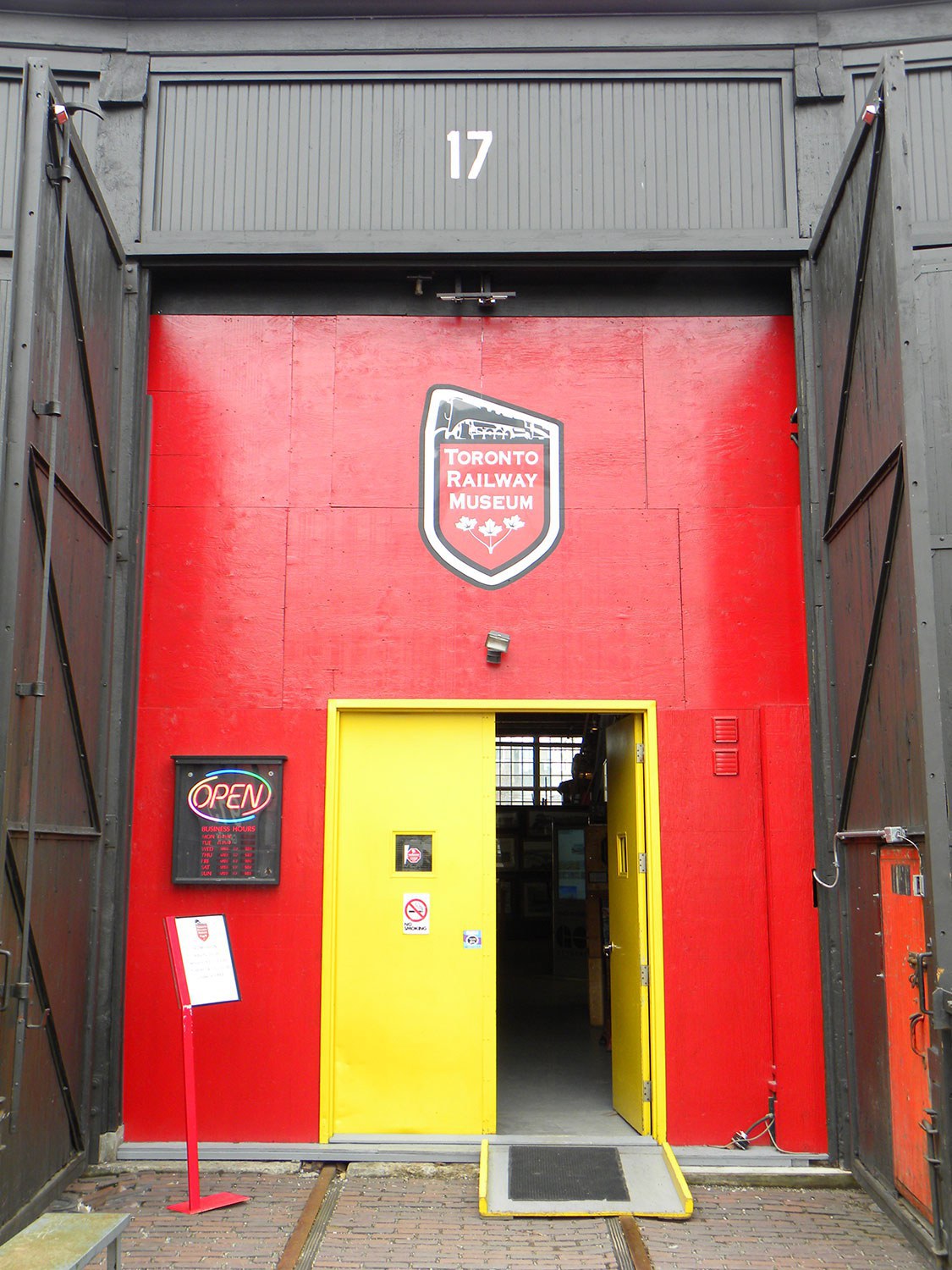 The Toronto Railway Museum, located in the heart of the historical John Street Roundhouse, is a National Historic Site. The Roundhouse was constructed in 1929 by the Canadian Pacific Railway to house and repair its large fleet of passenger locomotives travelling through Union Station. It was an active industrial building – in use 24 hours a day, seven days a week – where steam locomotives were serviced around the clock. In its prime, the John Street locomotive facilities contained 43 structures and several miles of track and covered nearly 6.5 hectares (16 acres). Rail activity at the Roundhouse began to dwindle in 1960s when diesel locomotives began to replace steam, and it eventually closed in 1986. The western portion of the park closest to the Roundhouse features the original, fully restored and operational 37-metre (120-foot) long locomotive turntable. Immediately north of this is a carefully chosen collection of full-sized railway equipment, which now makes up part of the Toronto Railway Museum’s collection. The museum tells the stories of Toronto’s railways through static and interactive exhibits inside Stall 17, as well as by leading guided tours through the rolling stock and rail buildings in the collection (visit the website for details on in-person tours when it is once again safe to do so). For Digital Doors Open, explore this fascinating museum through its many online activities (puzzles, scavenger hunt, colouring pages and an audio guide), or learn more about the history of the site and of our railway heritage through their extensive YouTube collection.