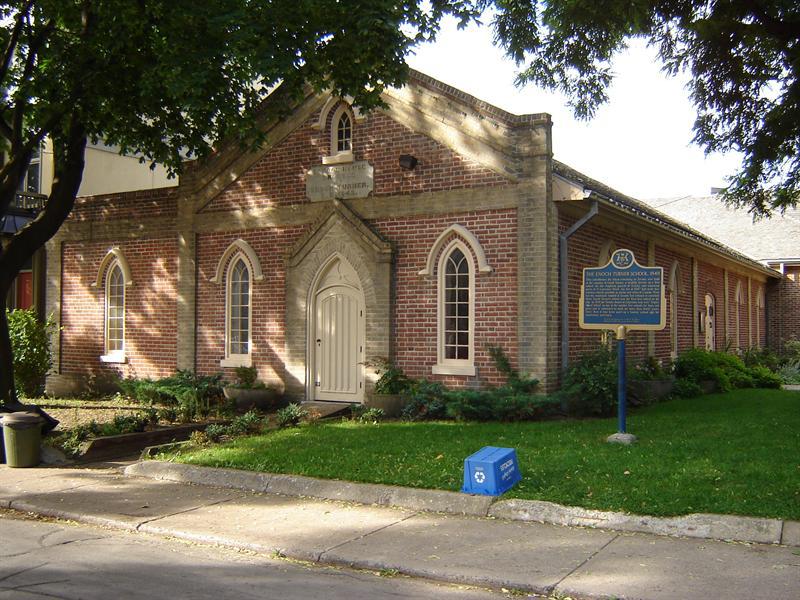 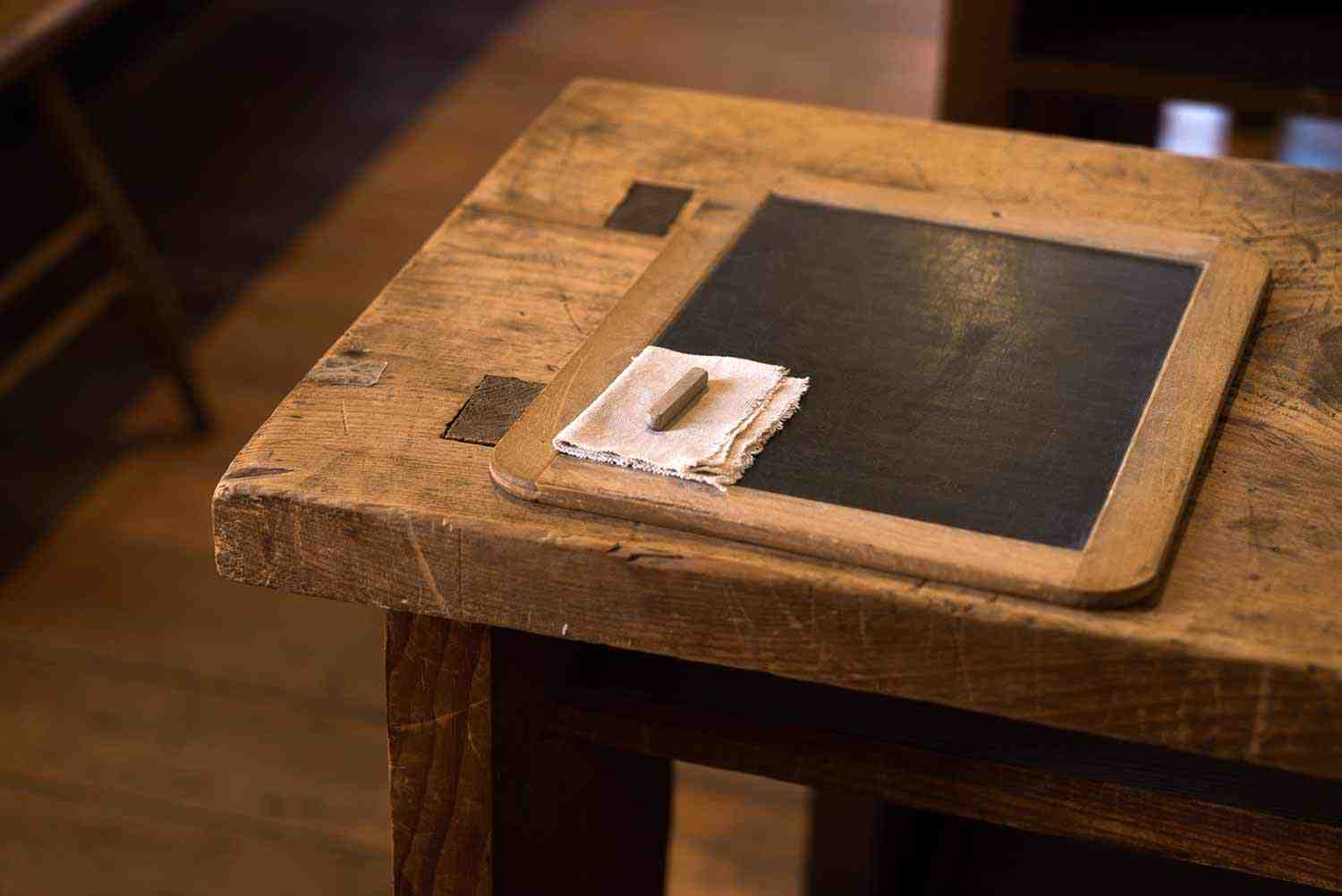 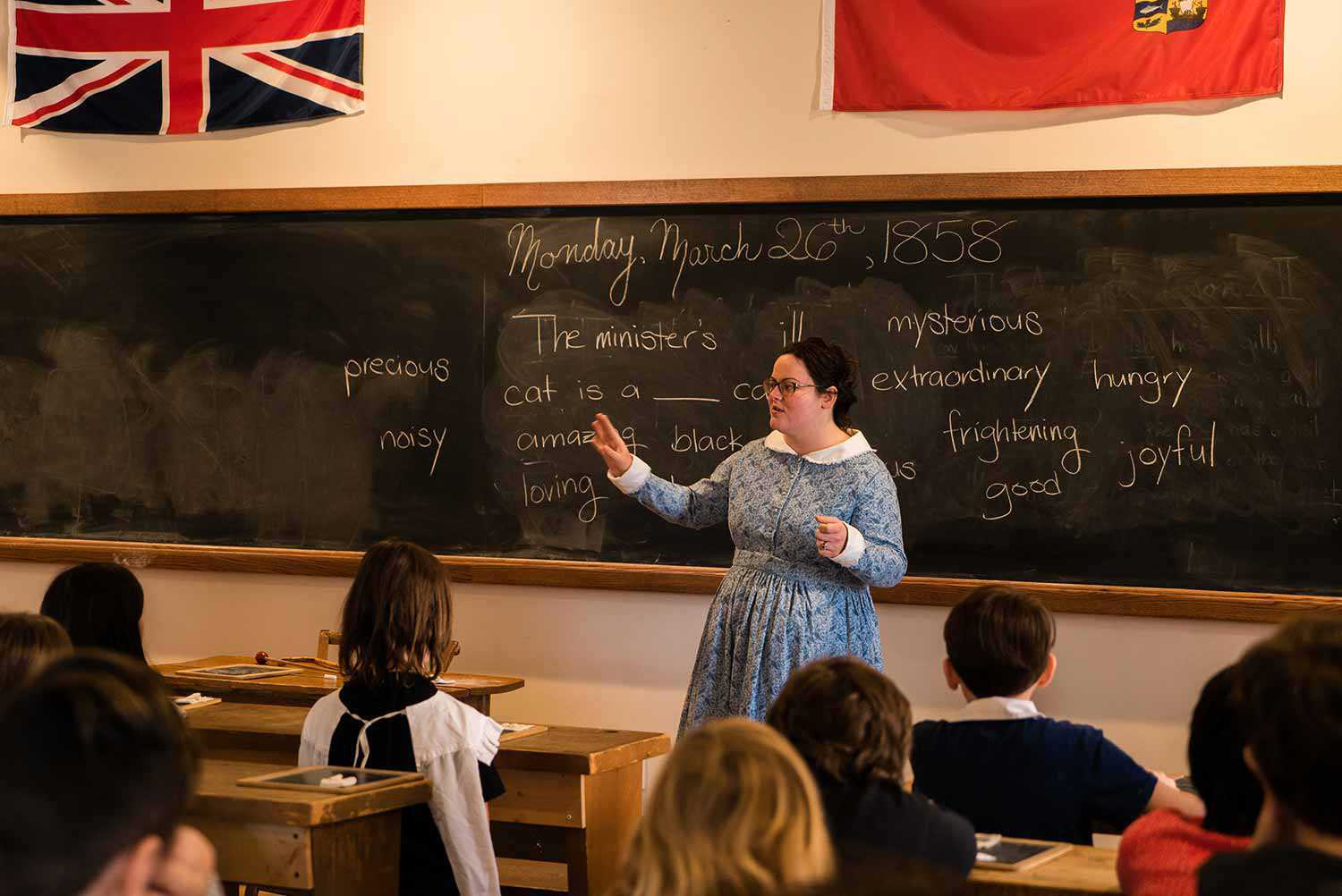 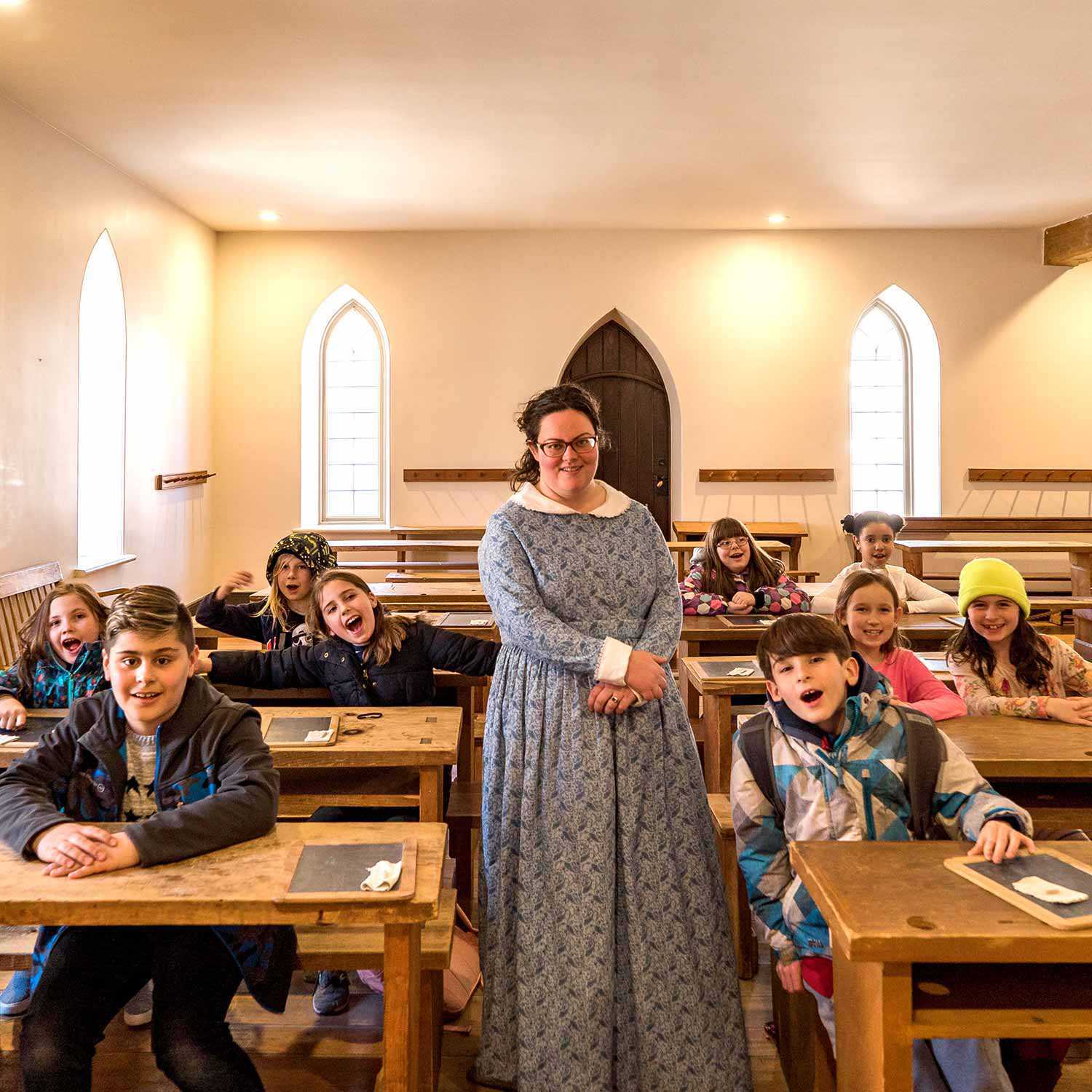 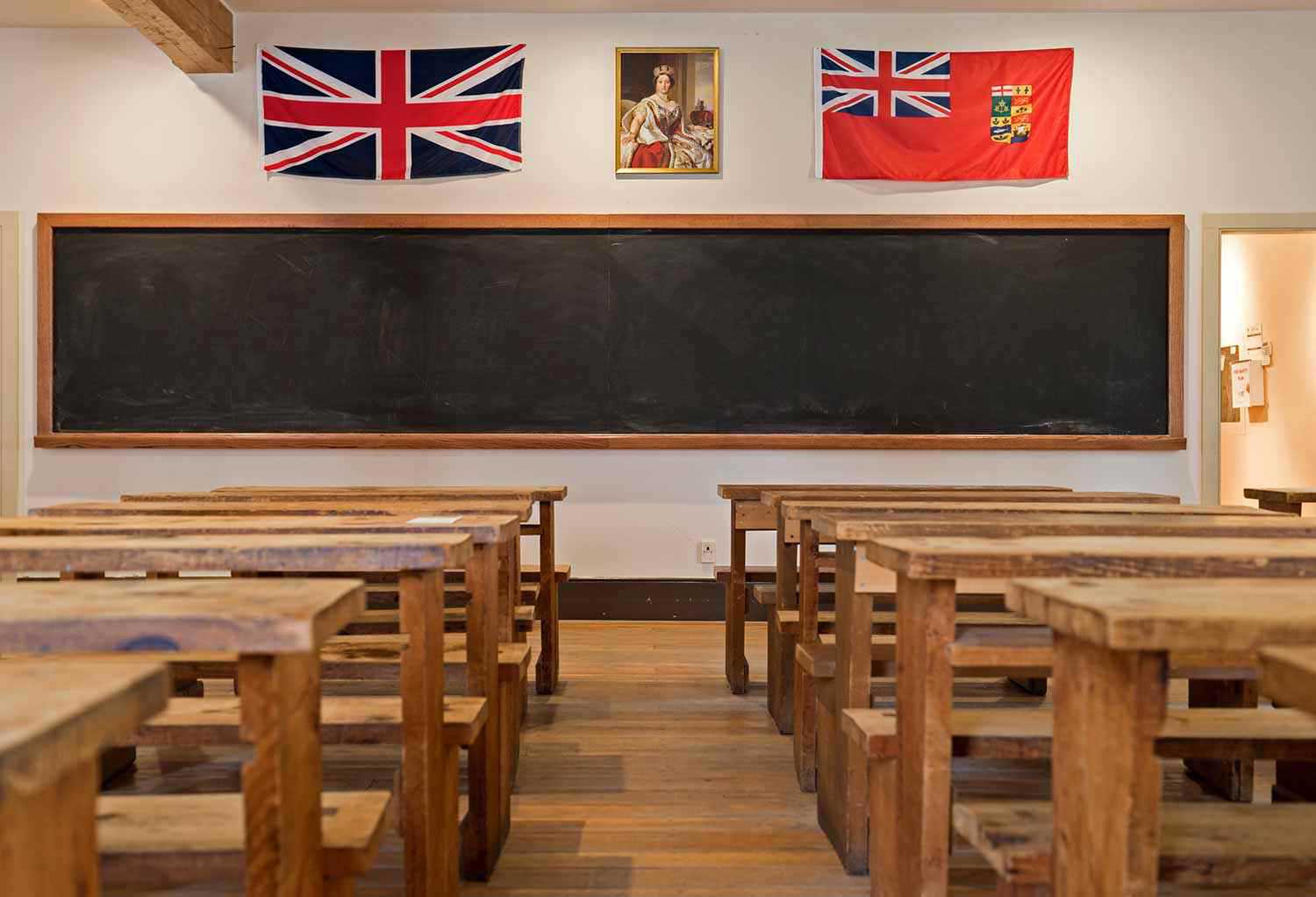 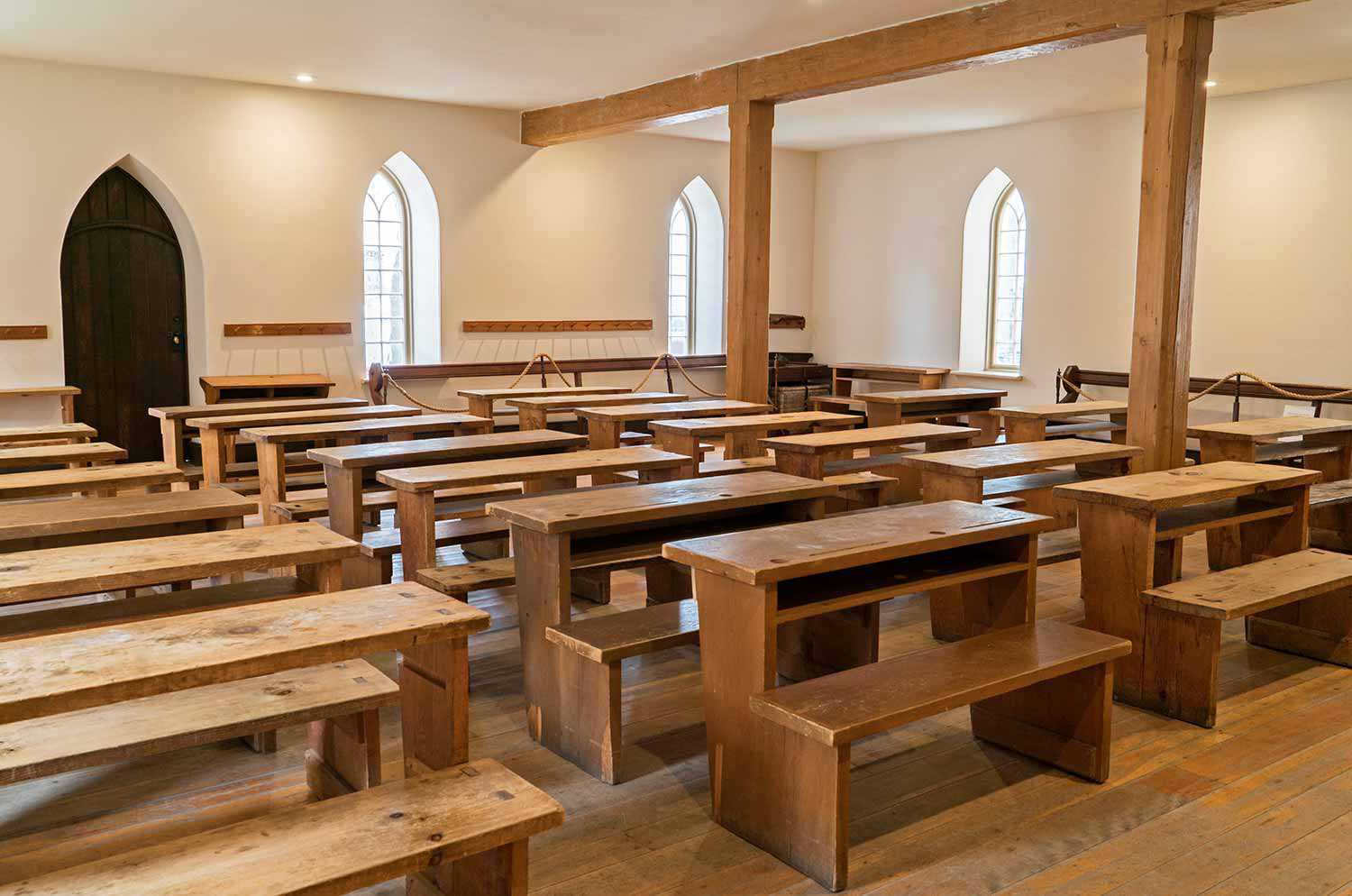 Enoch Turner Schoolhouse, Toronto’s oldest standing and first free school, opened to the children of Corktown in 1849. It served as an important catalyst for accessible public education in the province. Today, the site is a museum and events venue where visitors can step back in time to an urban Victorian classroom. Come and tour the site for Doors Open.

Enoch Turner Schoolhouse, Toronto’s oldest school still standing, is today a public museum and conference and special events venue. The original one-room school was established in 1849 by Enoch Turner (1792-1866), a wealthy brewer and philanthropist, to educate the children in the poor neighbourhood surrounding his brewery. Because many of the area's immigrant families were from County Cork in Ireland, the neighbourhood became known as Corktown – a nickname that it still carries today. From the 1860s to the 1960s, the schoolhouse served as the parish hall and Sunday school for the neighbouring Little Trinity Anglican Church. But, by the late 1960s, the building had fallen into disrepair. To protect the building and to raise funds for its restoration, the Enoch Turner Schoolhouse Foundation was established in 1971. They continue to this day – along with the Ontario Heritage Trust – to showcase the site through events, museum activities, school groups and more, to build awareness and raise money for the site. As part of Digital Doors Open, Enoch Turner Schoolhouse offers a virtual tour of the site, including the original classroom. Or learn more about this site through the video below, and on the new video page on their website.