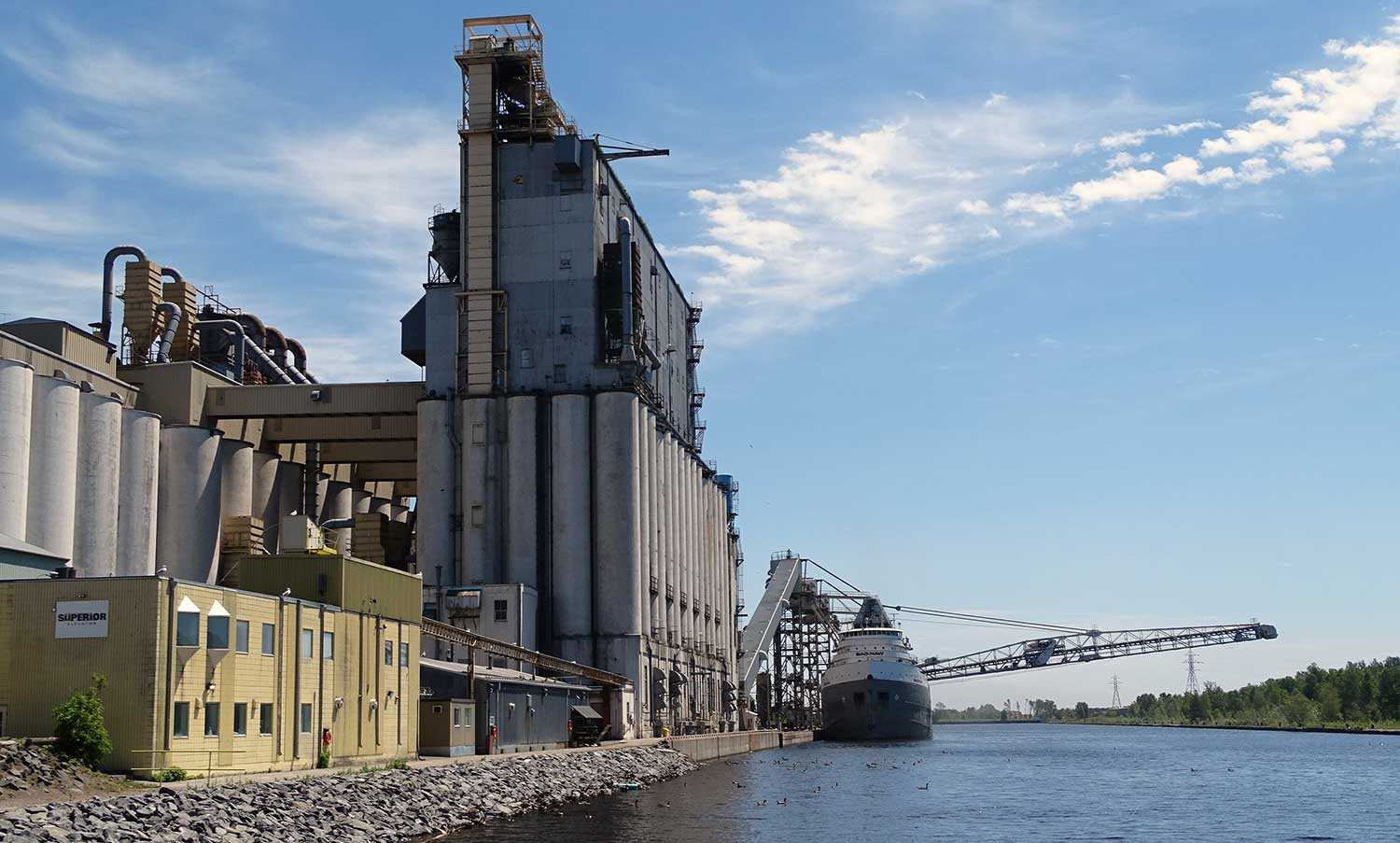 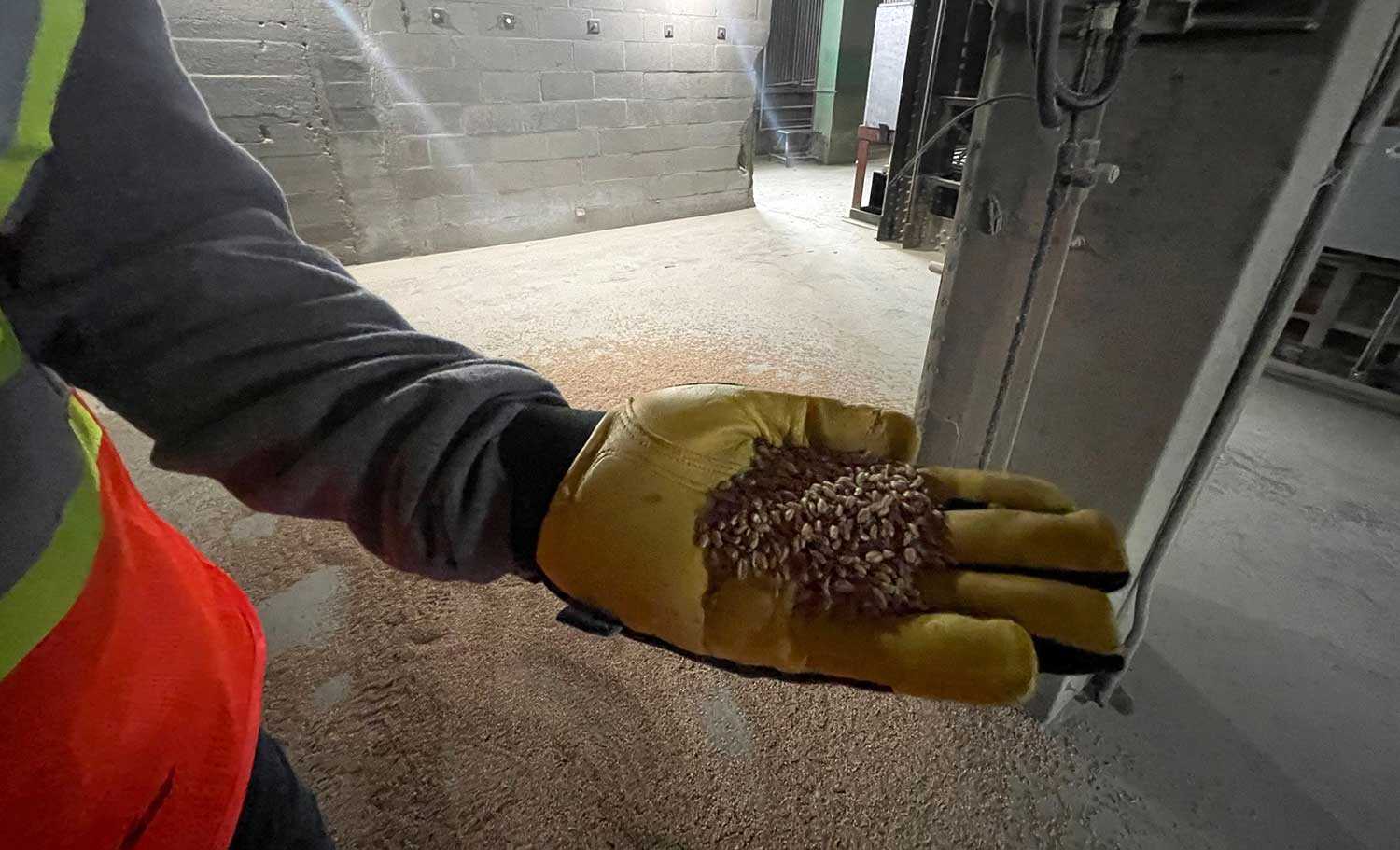 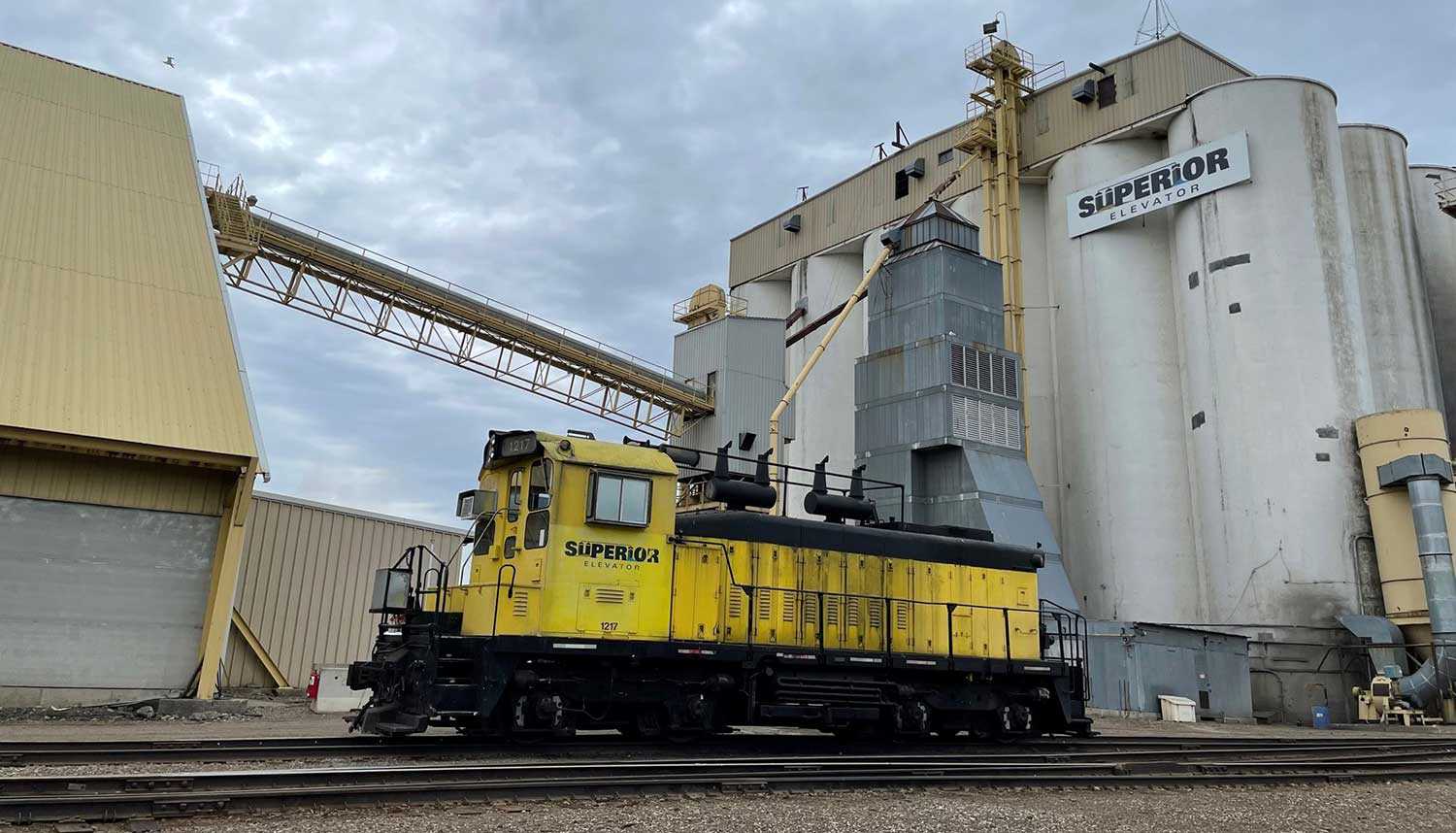 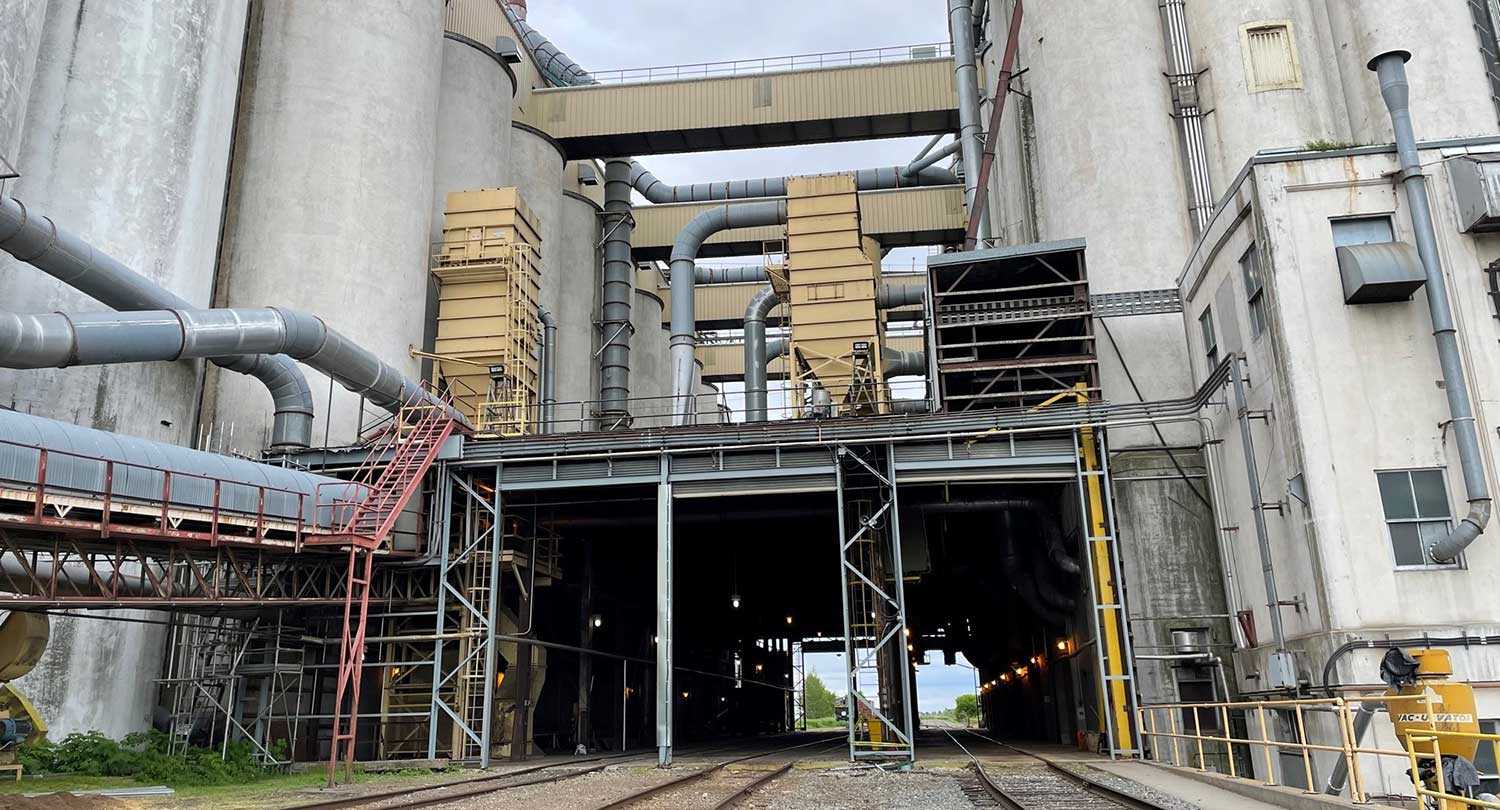 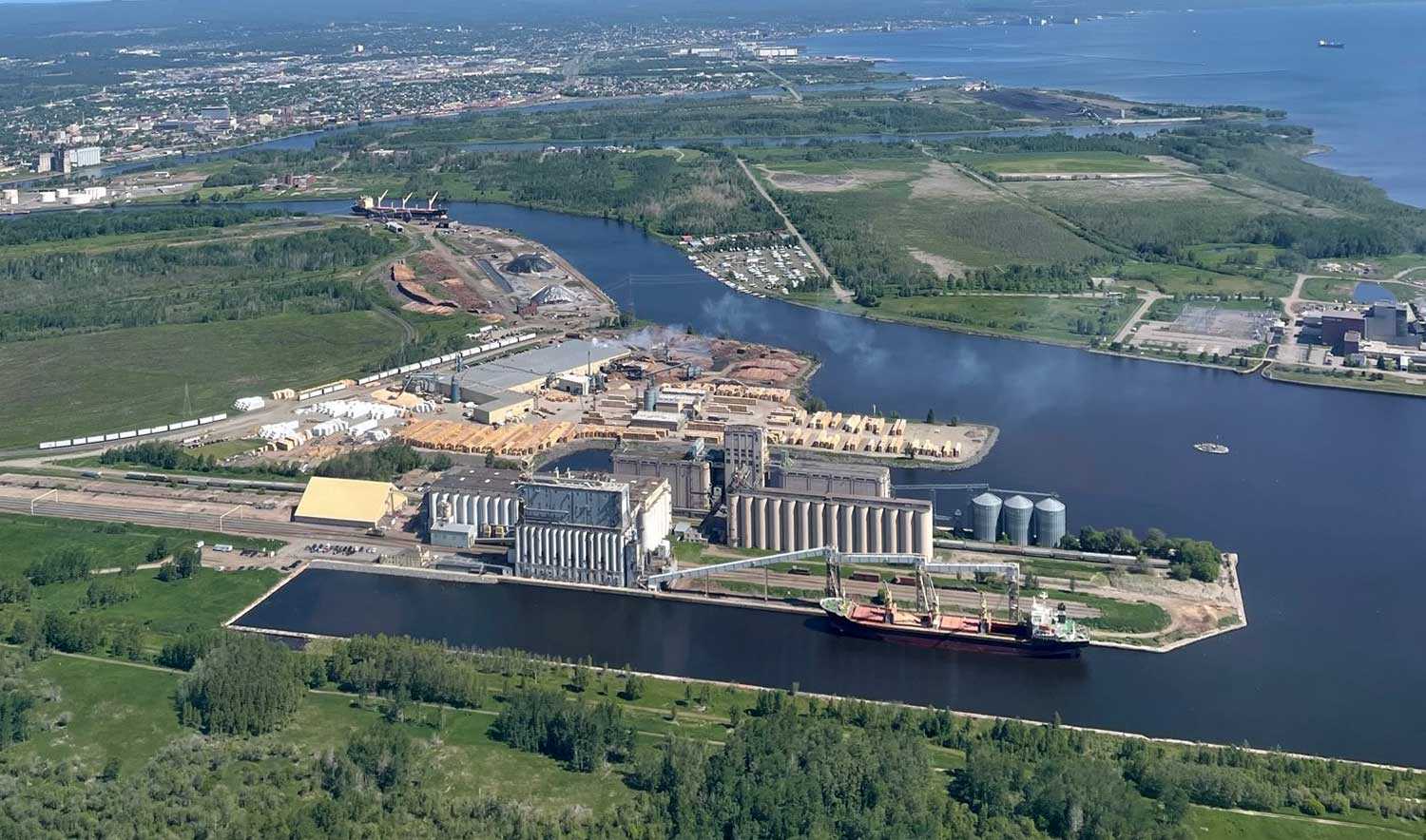 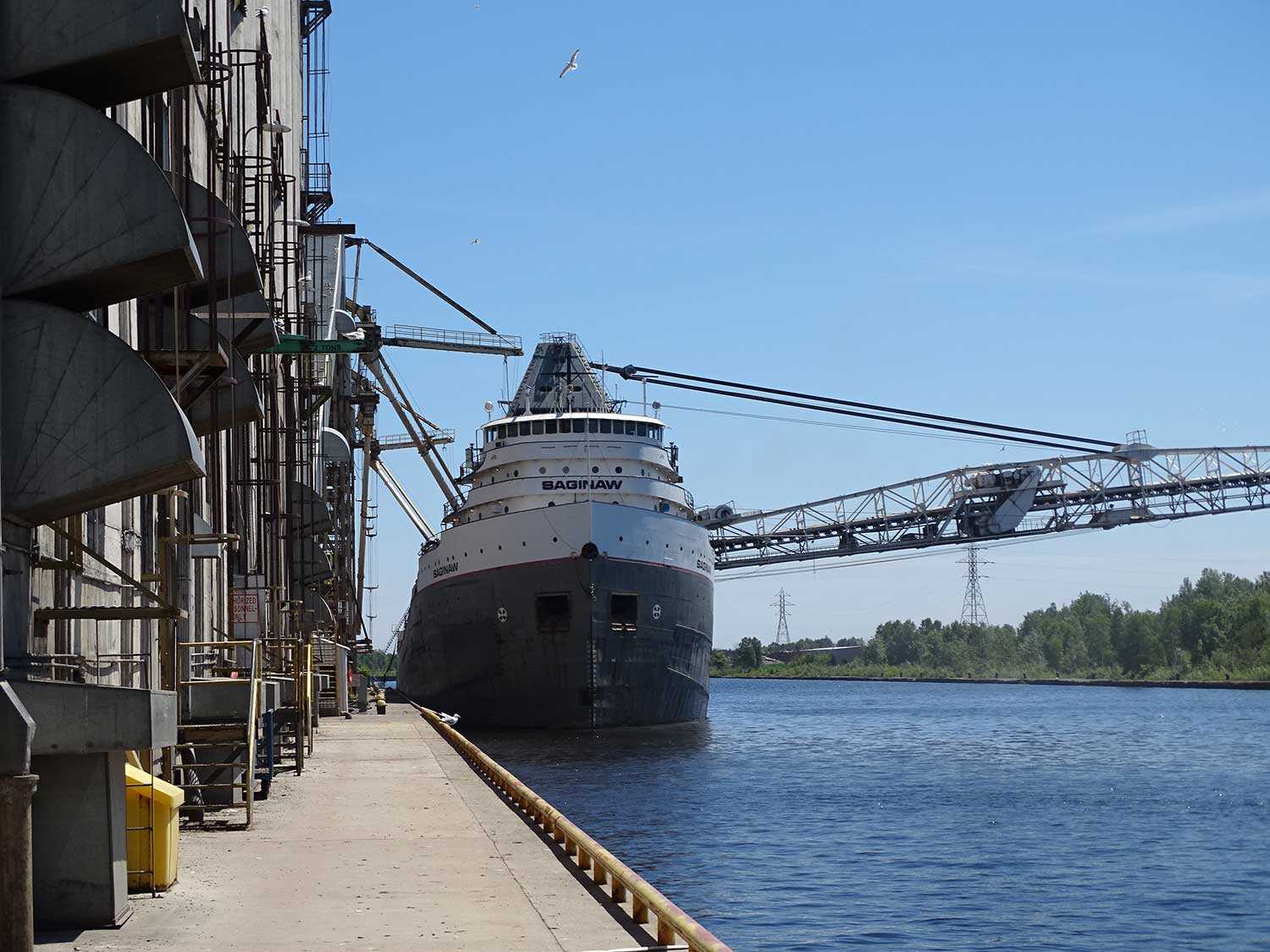 The shorelines of the Lakehead have been populated with elevators since the early 1880s, with the construction of Port Arthur’s King Elevator beginning in 1883. The grain industry fuelled much of the development of the twin cities, with the first elevators being built by the Canadian Pacific Railway at Fort William in 1885. Construction of grain elevators proceeded so rapidly that Fort William was called “Elevator City” during the early 20th century. Today, there are seven operational grain terminals at the Port of Thunder Bay. One of these is the Superior Elevator. Grain arrives here by rail where it is offloaded, inspected, cleaned (if needed) and stored until its journey continues east by ship. Watch the video below to see this terminal in operation and learn more about its role in transporting grain to market.