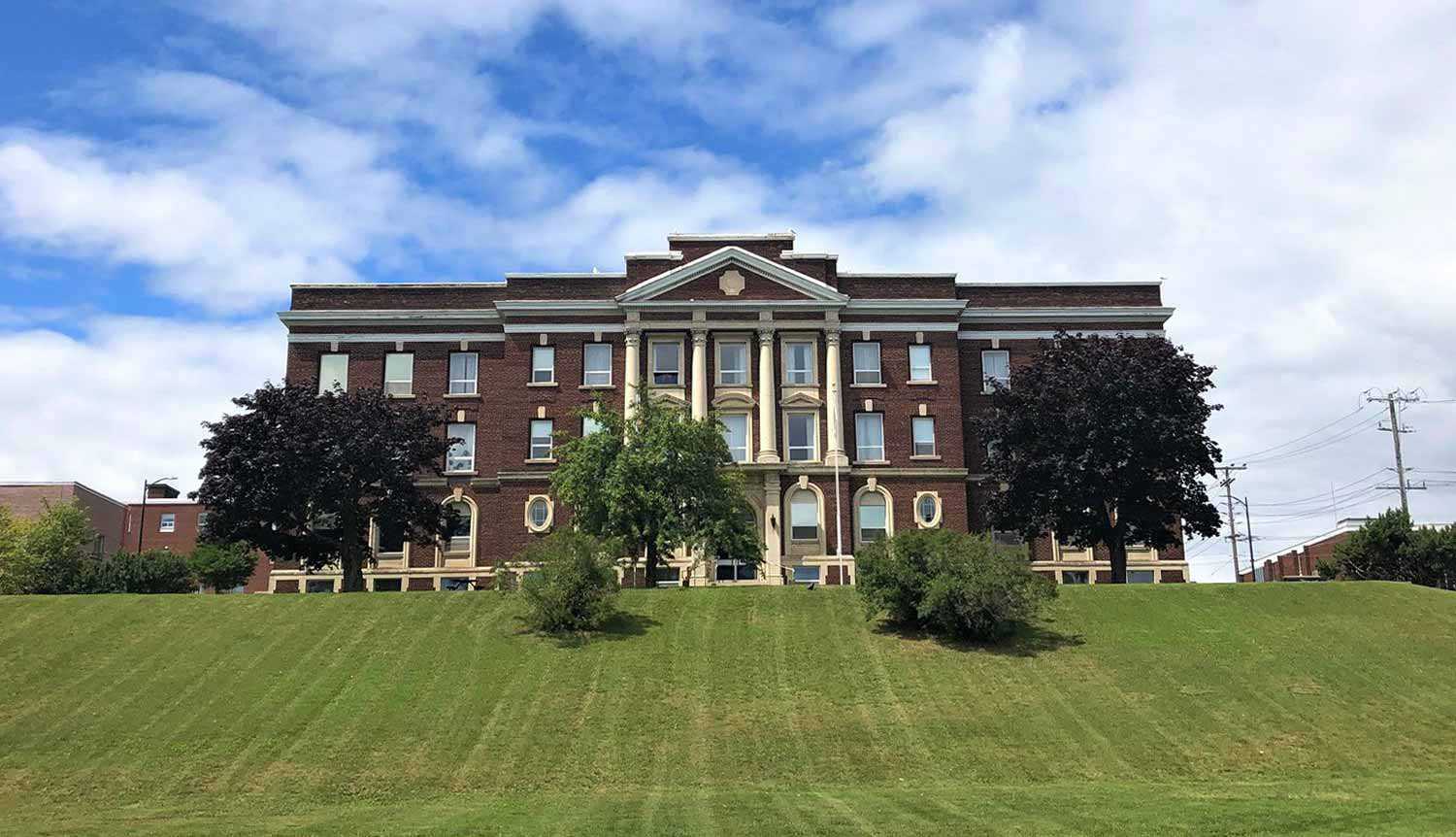 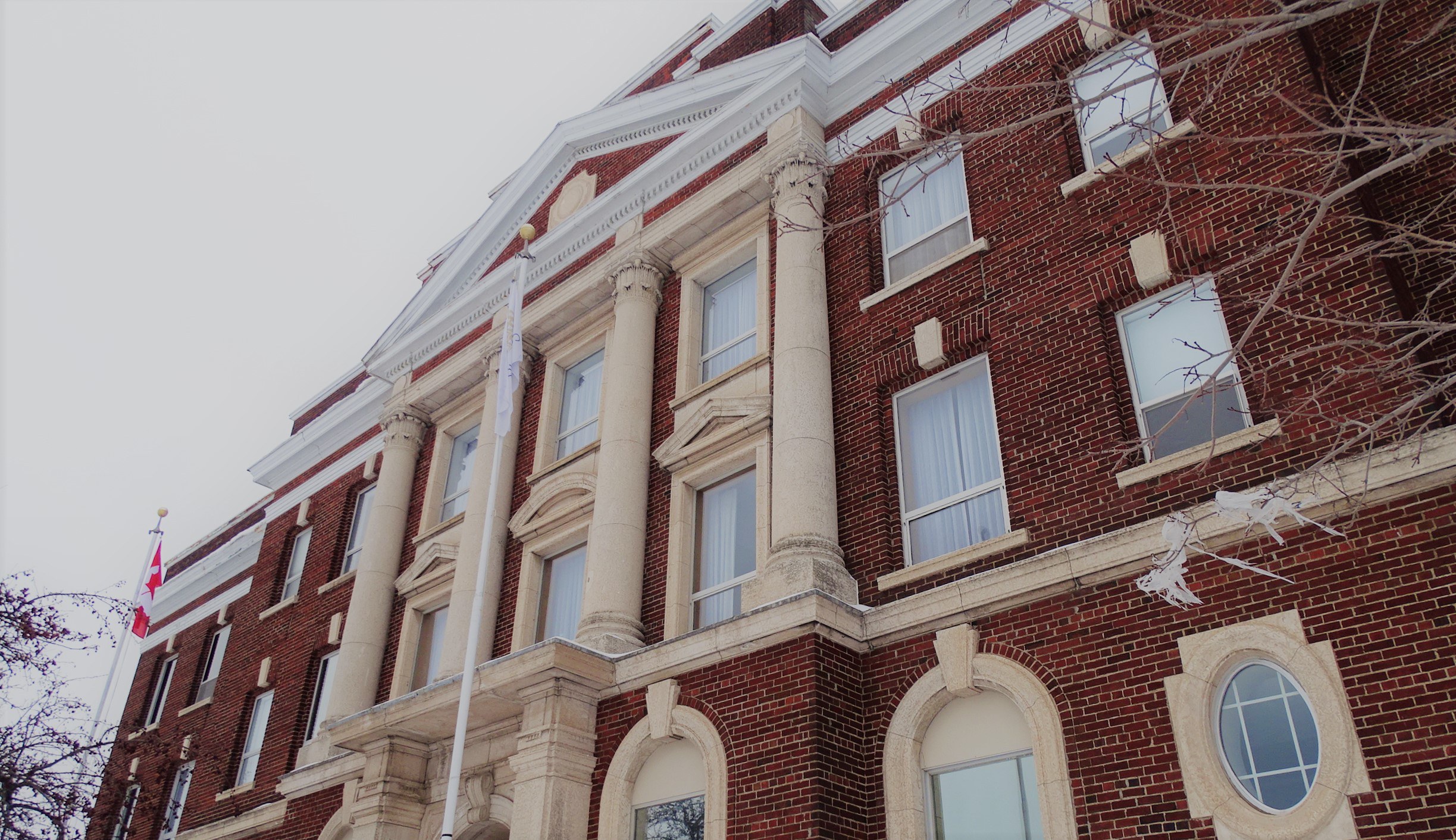 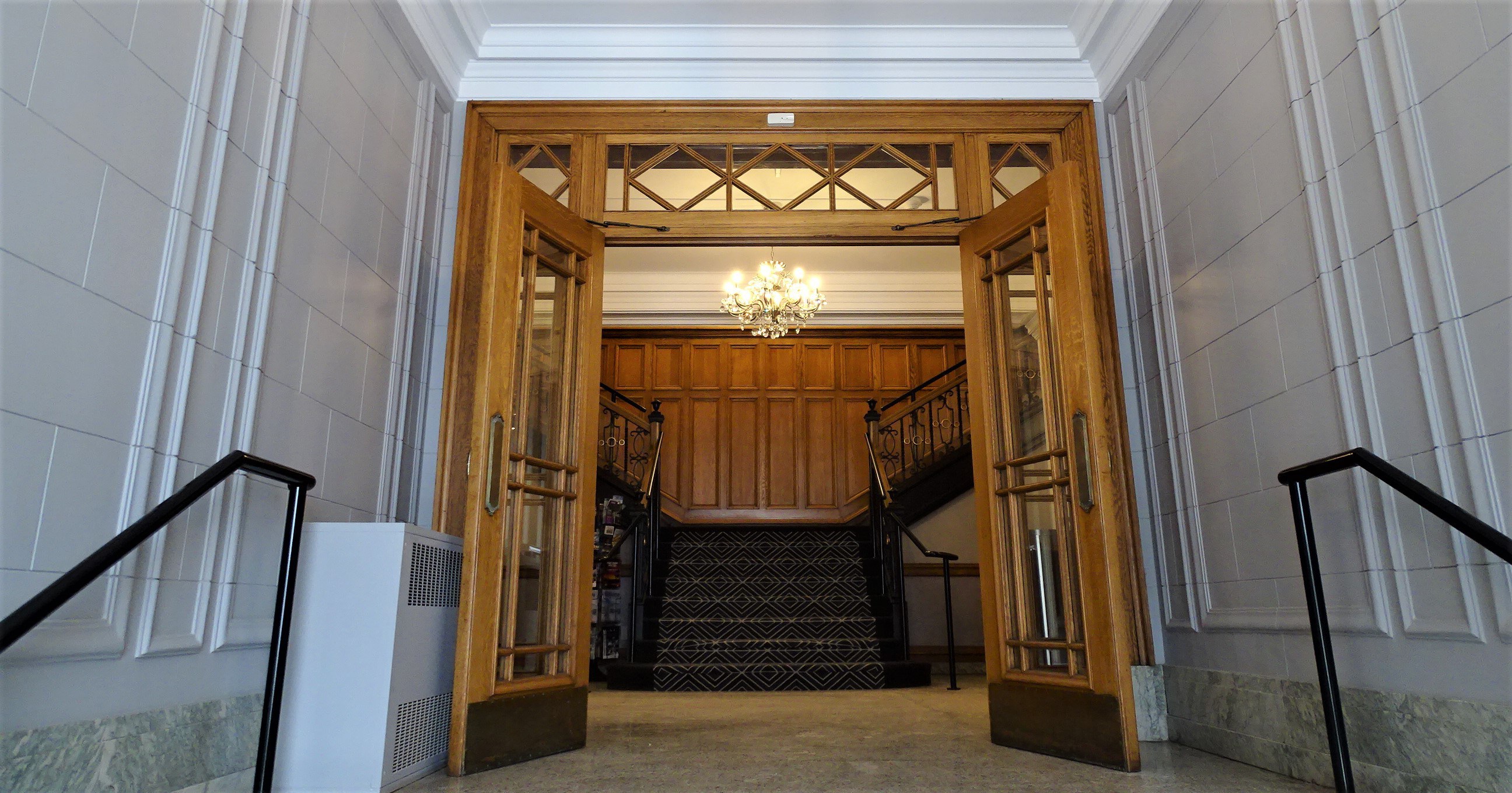 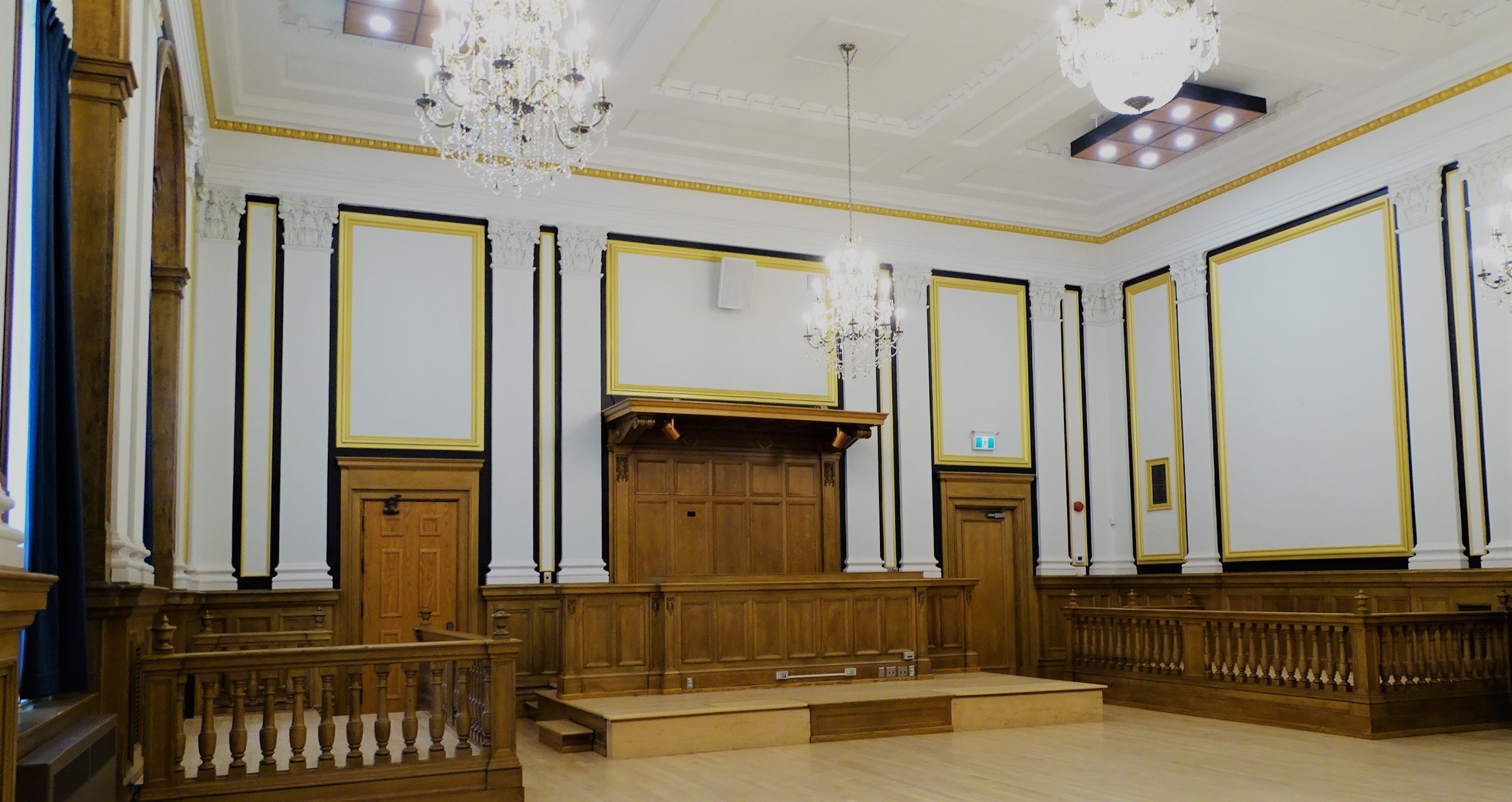 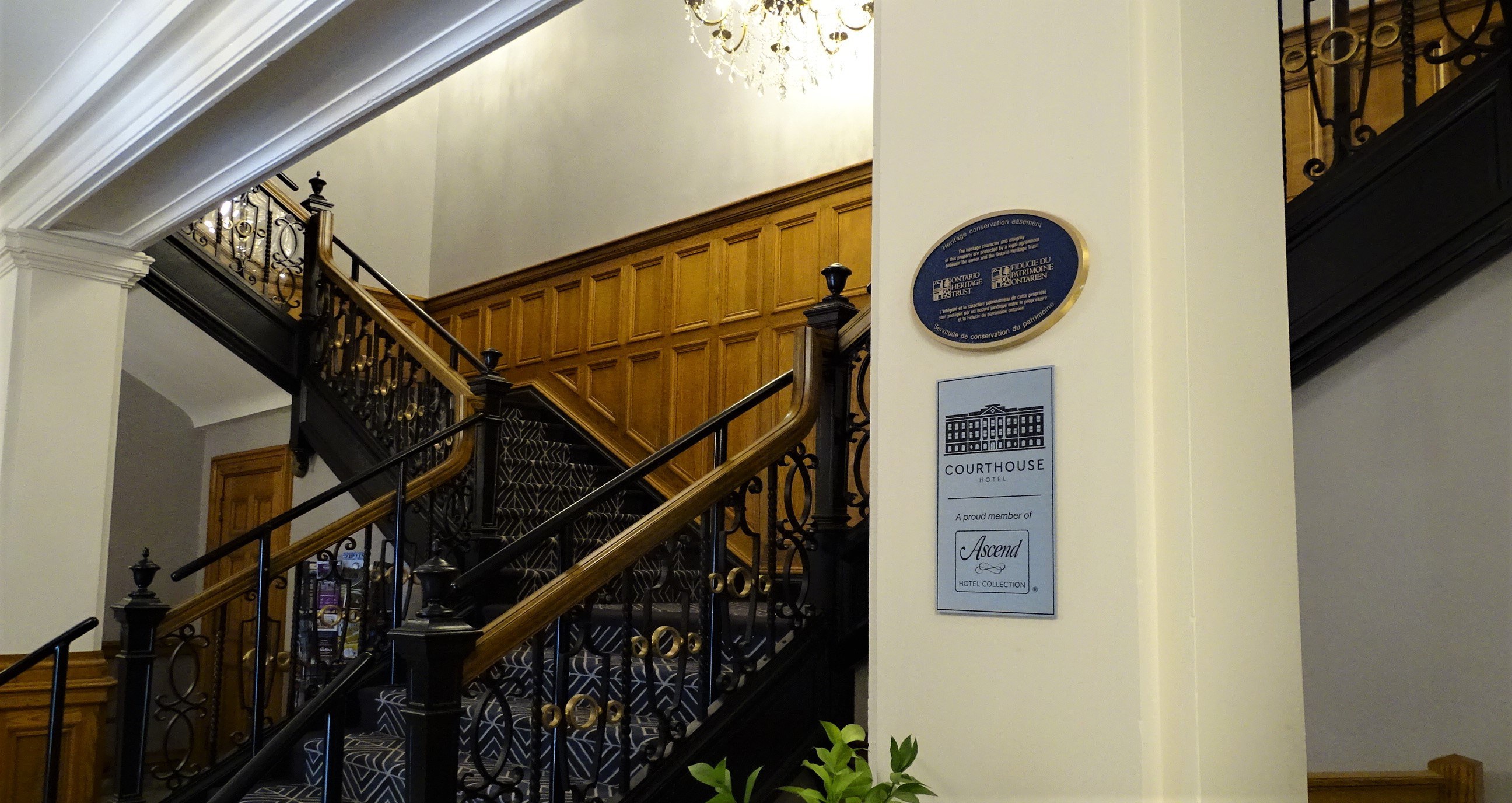 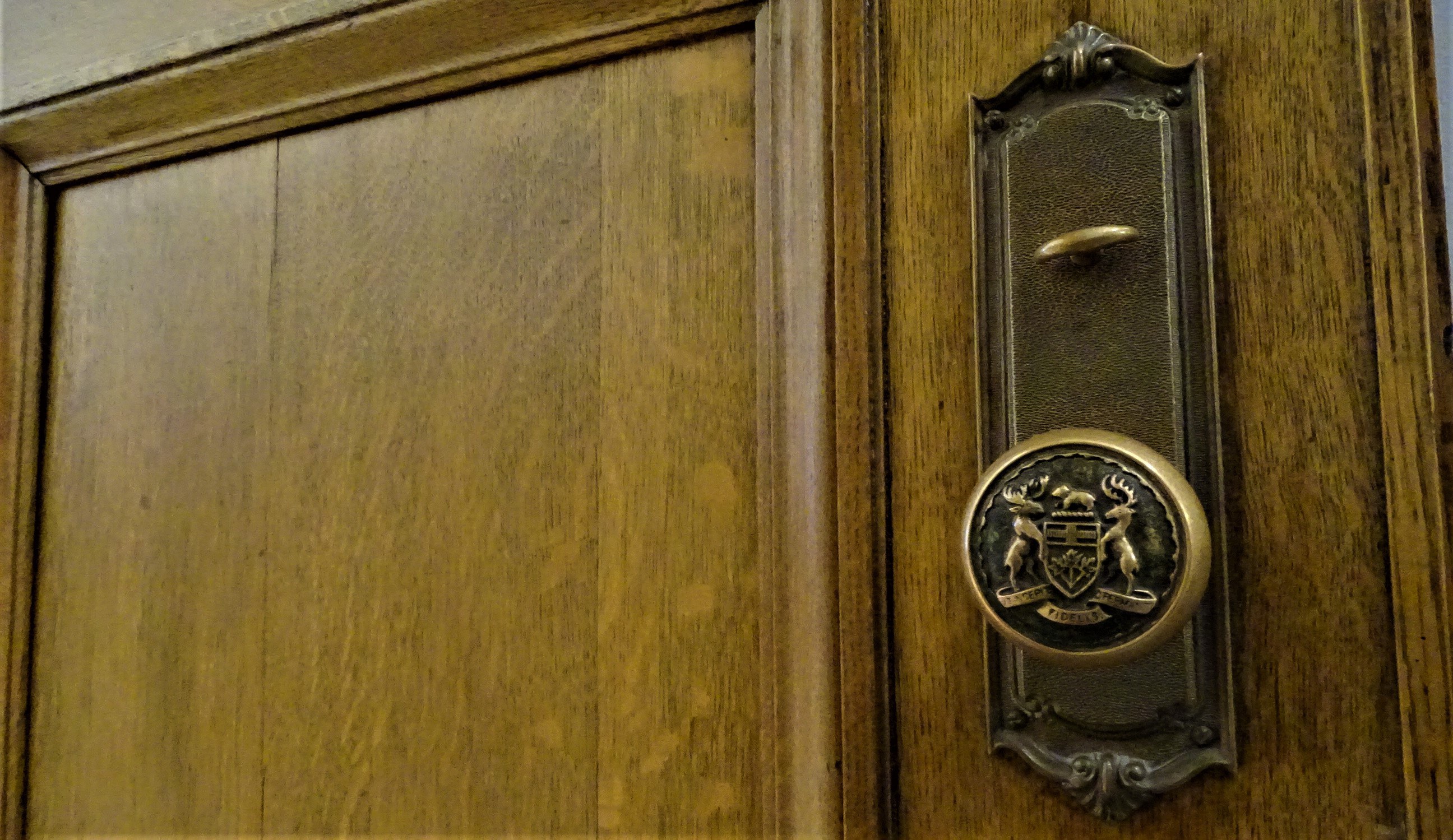 The original courthouse and jail serving Prince Arthur’s Landing, later Port Arthur, was built on this site in 1877. Built on the same site in 1923, the new Port Arthur District Courthouse could not be fully completed until a portion of the old jail was demolished. Once opened in 1924, the courthouse housed judicial officials for the District of Thunder Bay along with Port Arthur’s Ontario Government offices. Symmetrical in its design, the classical pediment, Corinthian columns and central entryway give the building its “official” look. Tyndall Stone® limestone from Manitoba – used for the building’s decorative elements, including columns, keystones, sills and window casements – contains visible fossils. The Superior Court of Justice relocated to the Thunder Bay Consolidated Courthouse on Miles Street in 2014. The building, purchased in 2016, began an extensive $5-million renovation in 2017, transforming it into the boutique hotel we see today. Opened in 2019, the Courthouse Hotel was a recipient of the Lieutenant Governor's Ontario Heritage Award for Excellence in Conservation.