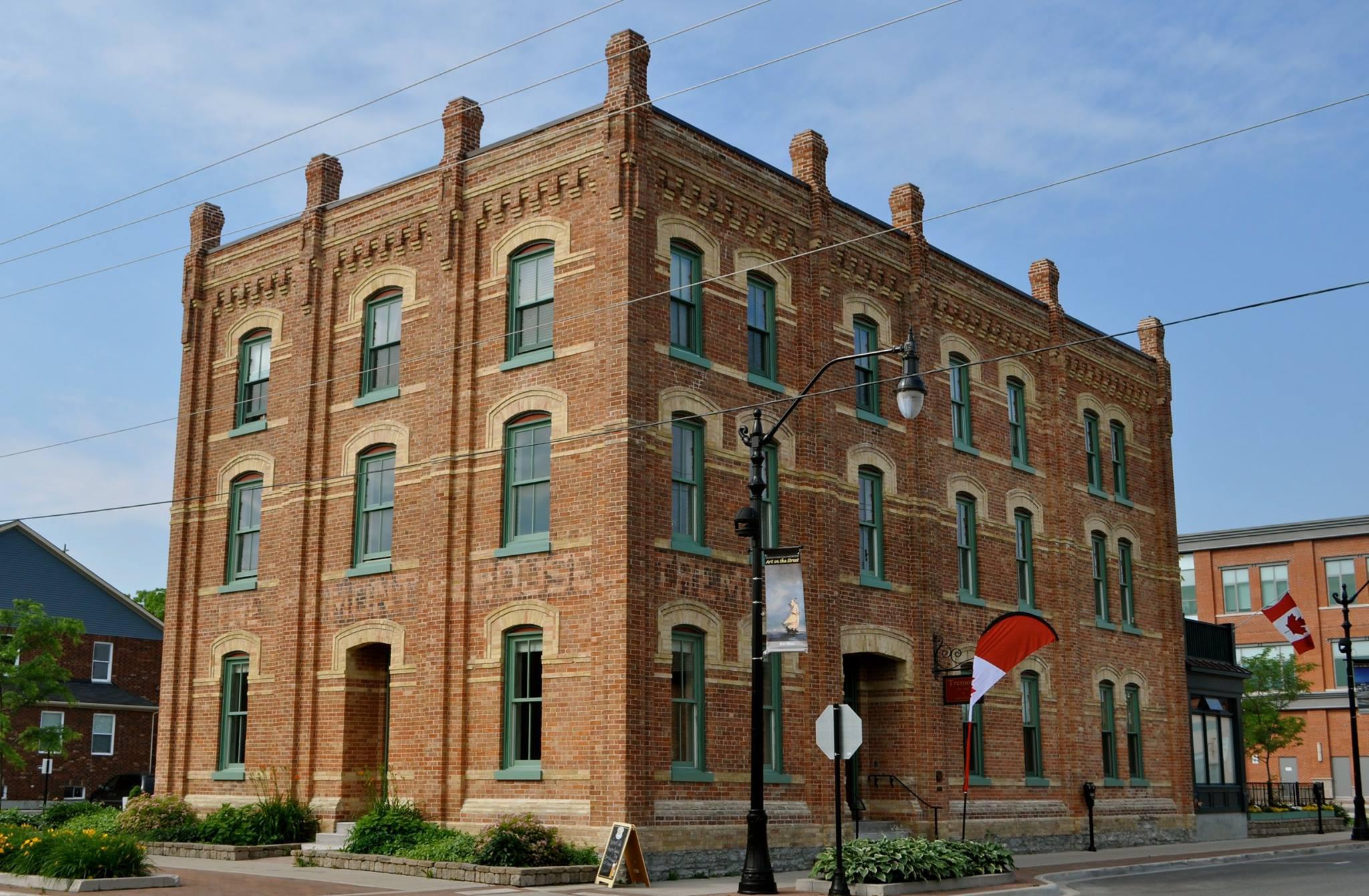 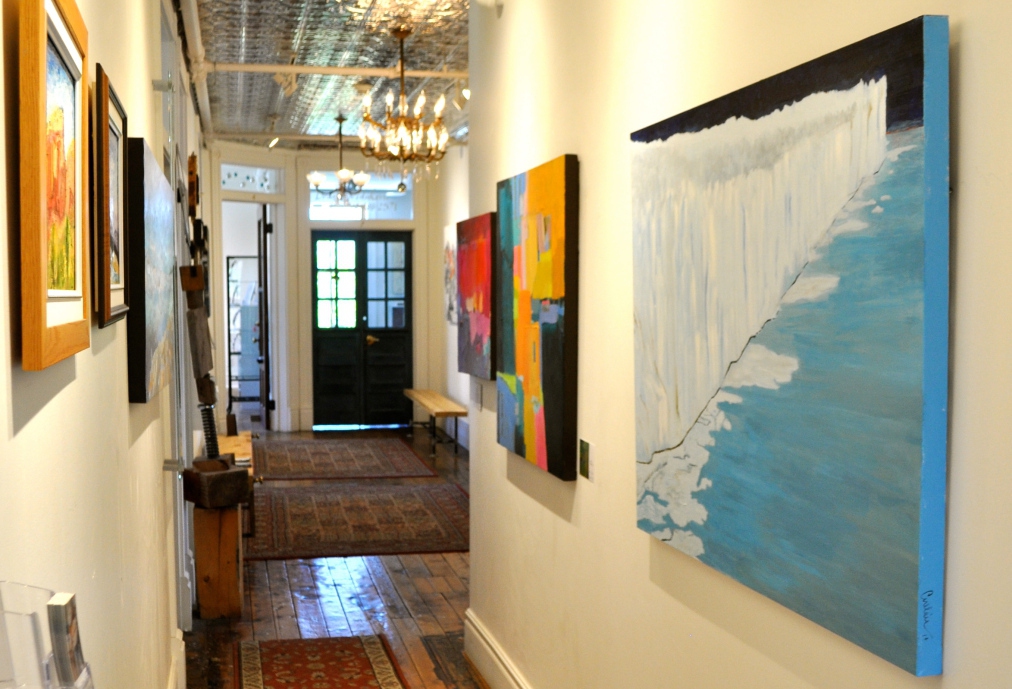 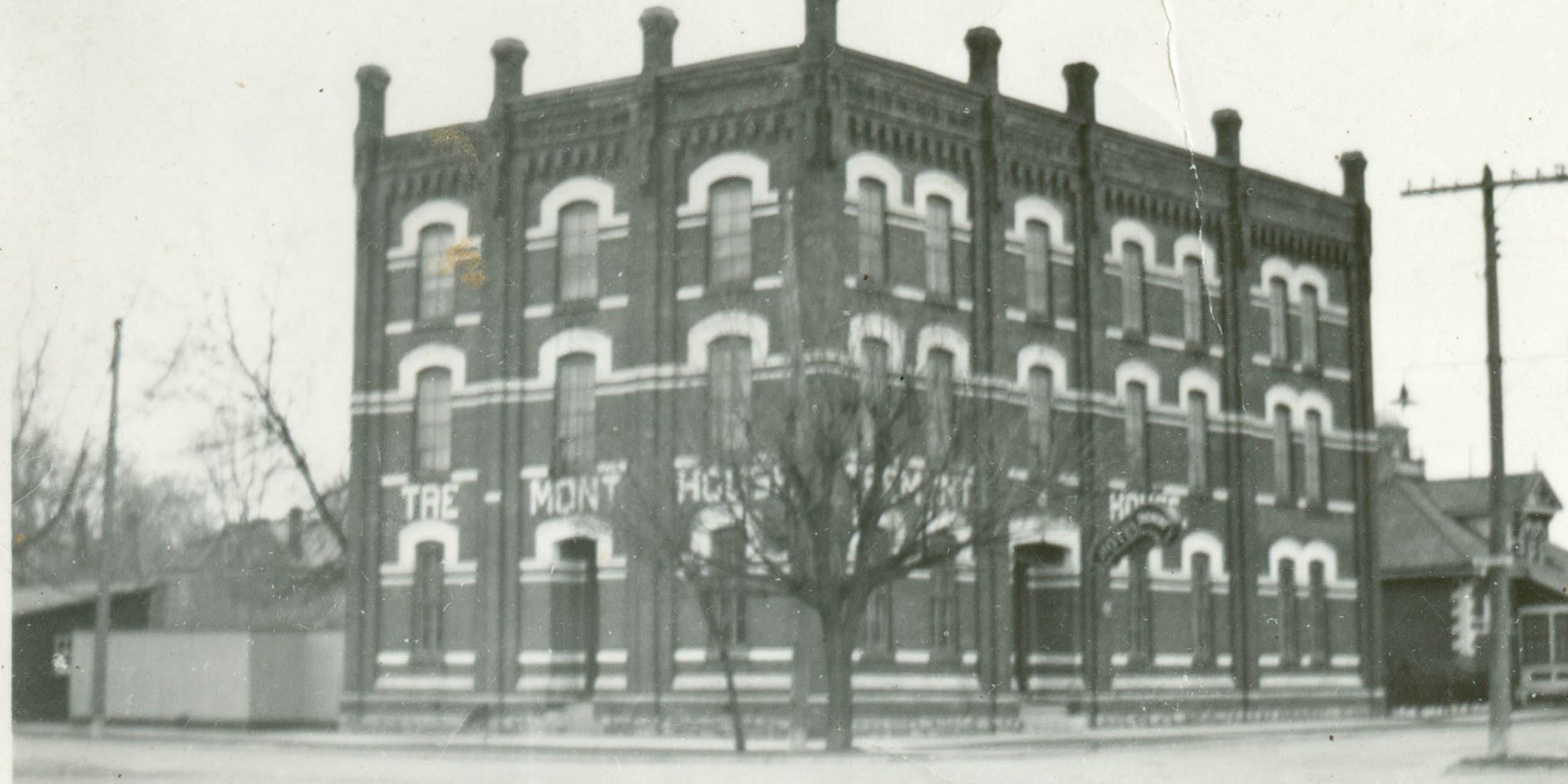 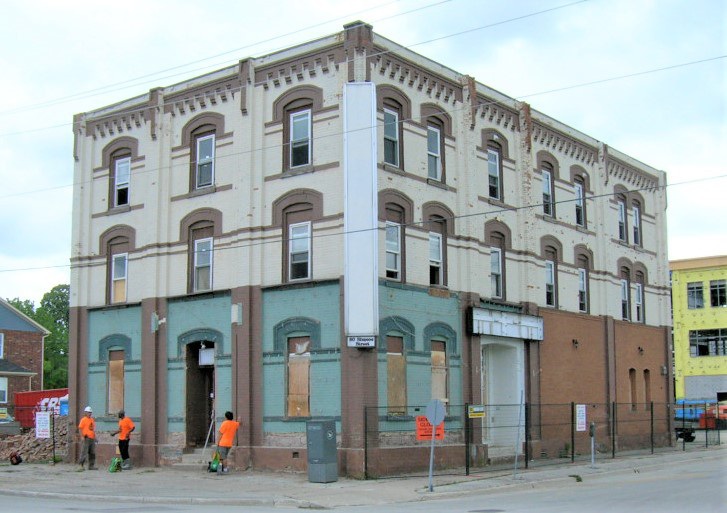 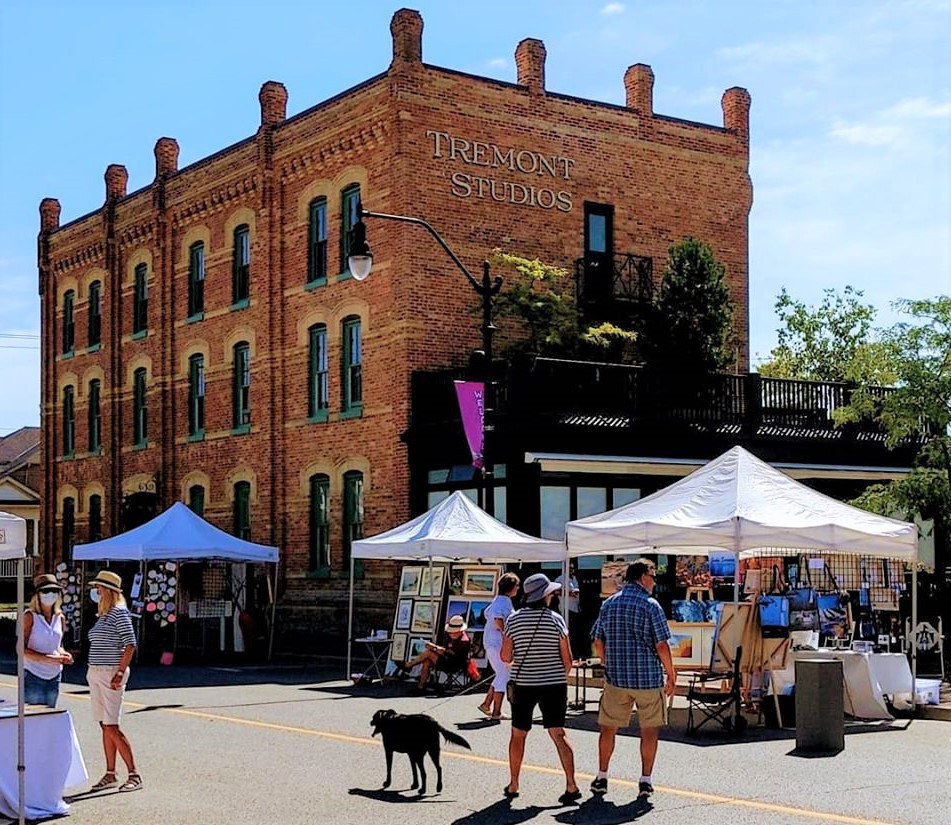 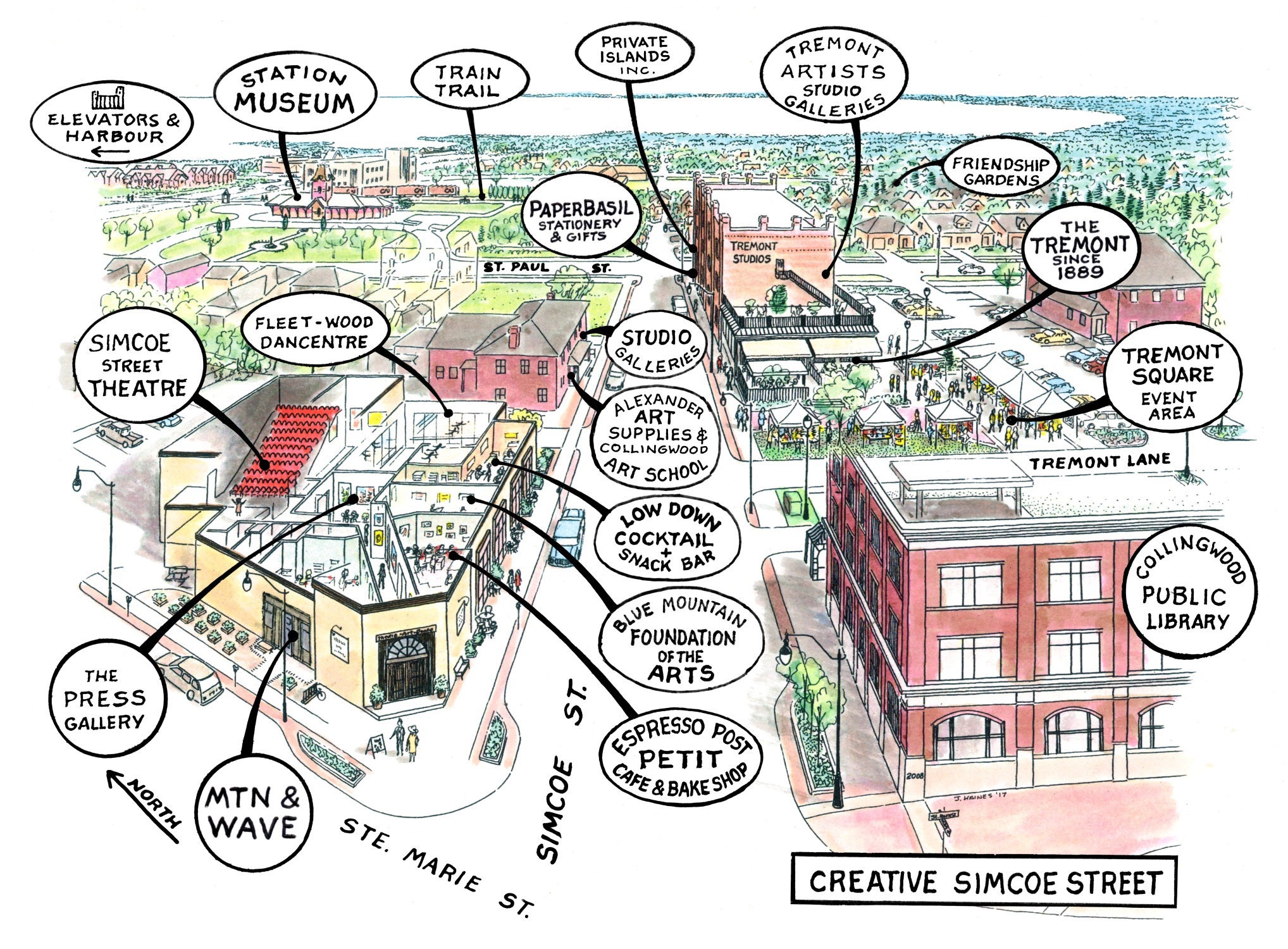 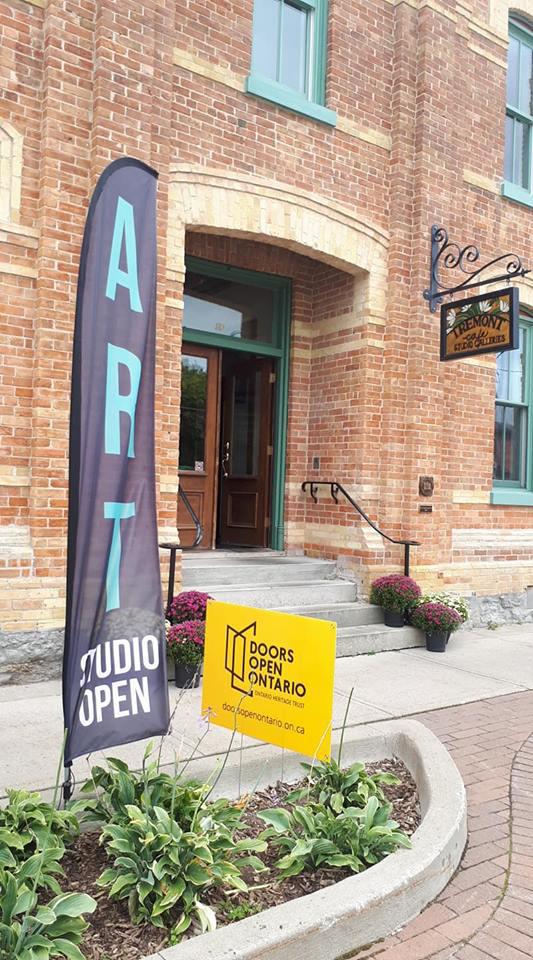 The Tremont was built in 1889 by John McCormick as a 24-room hotel. It is one the last remaining 19th-century hotel buildings in the Collingwood Heritage District. The proximity of the hotel to the railway station and port made it a popular destination for travellers. Now a home to the arts, The Tremont still carries its original name and is an important historical link to Collingwood’s railway and shipbuilding era. The historical building was saved from destruction after a long battle by the Collingwood Branch of the Architectural Conservatory of Ontario, and The Tremont was later purchased by an avid heritage preservationist and a ceramic artist, who began to breathe new artistic life into the building. The former hotel’s halls are once again filled with people proclaiming the newly reopened Tremont as a jewel in Collingwood’s historical downtown. The Tremont restoration project received several awards – locally, provincially and nationally – and spurred further revitalization on Simcoe Street. As part of Digital Doors Open, take a virtual tour of the building by watching the video below.