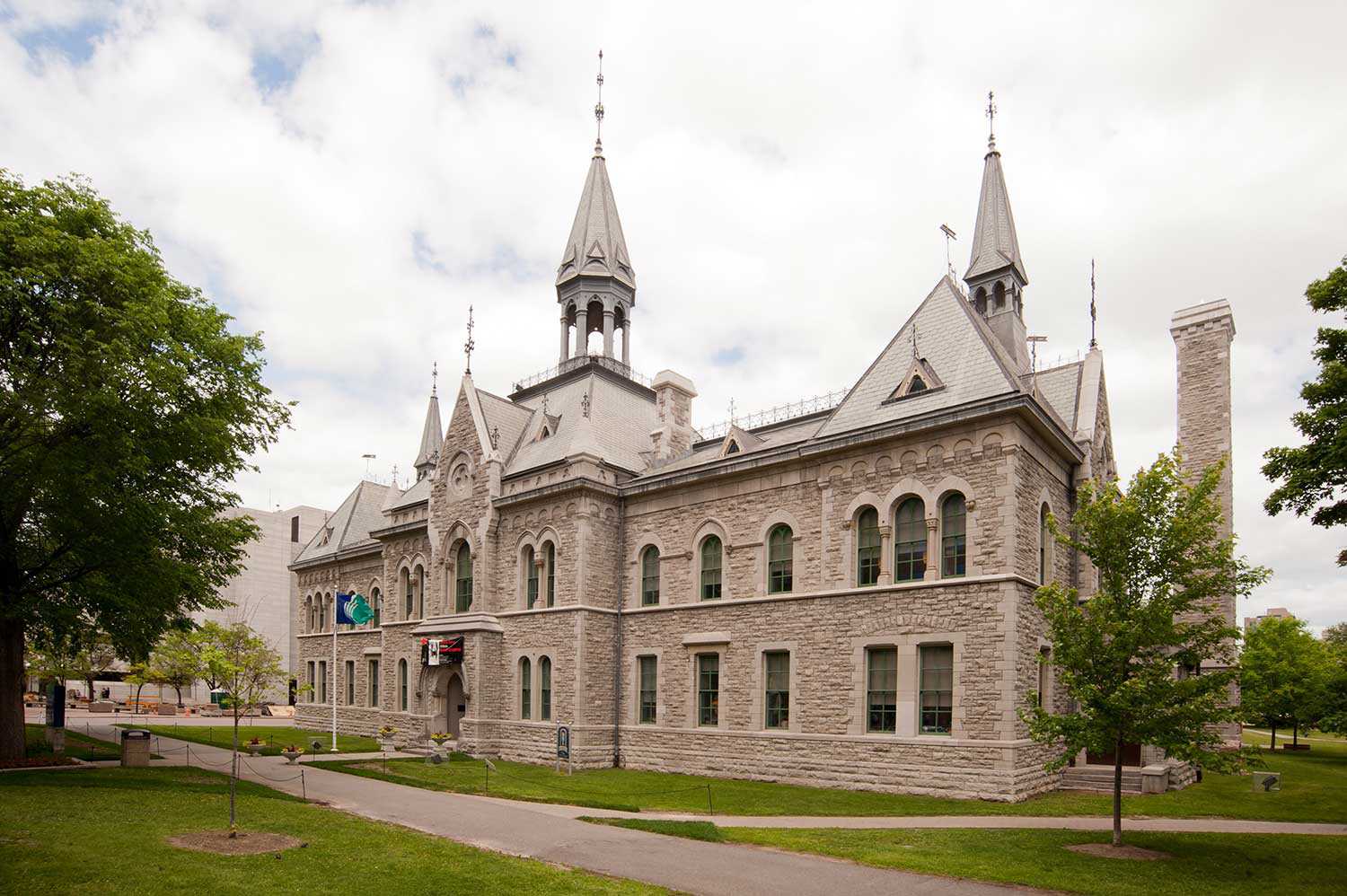 Originally built as the Ottawa Normal School in 1875, this site is now Ottawa City Hall. Built in the Gothic Renaissance style, it reflects the influence of the Parliament Buildings – with Italianate windows, Romanesque columns and exterior limestone walls. Purchased by the municipality in 1987, the building was restored and renovated and opened as city hall in 2001.

Originally built as the Ottawa Normal School in 1875, this site is now Ottawa City Hall. The architect, W.R. Strickland, chose the Gothic Renaissance style to reflect the influence of the Parliament Buildings: semi-circular Italianate windows, Romanesque columns and a second empire roof. The exterior walls, made from local limestone, complement the slate roof and the cast iron decorative trim. The building was purchased by the Regional Municipality of Ottawa-Carleton in 1987, which built the office complex to the rear. Restoration and renovation work began in early 1988 when the site was renamed the Heritage Building. After amalgamation in 2001, the Heritage Building became Ottawa City Hall, housing the offices of the Mayor, City Manager and City Clerk. The Ottawa Sports Hall of Fame is now permanently installed on the first floor. During Digital Doors Open, take a virtual tour of this site with Mayor Jim Watson.