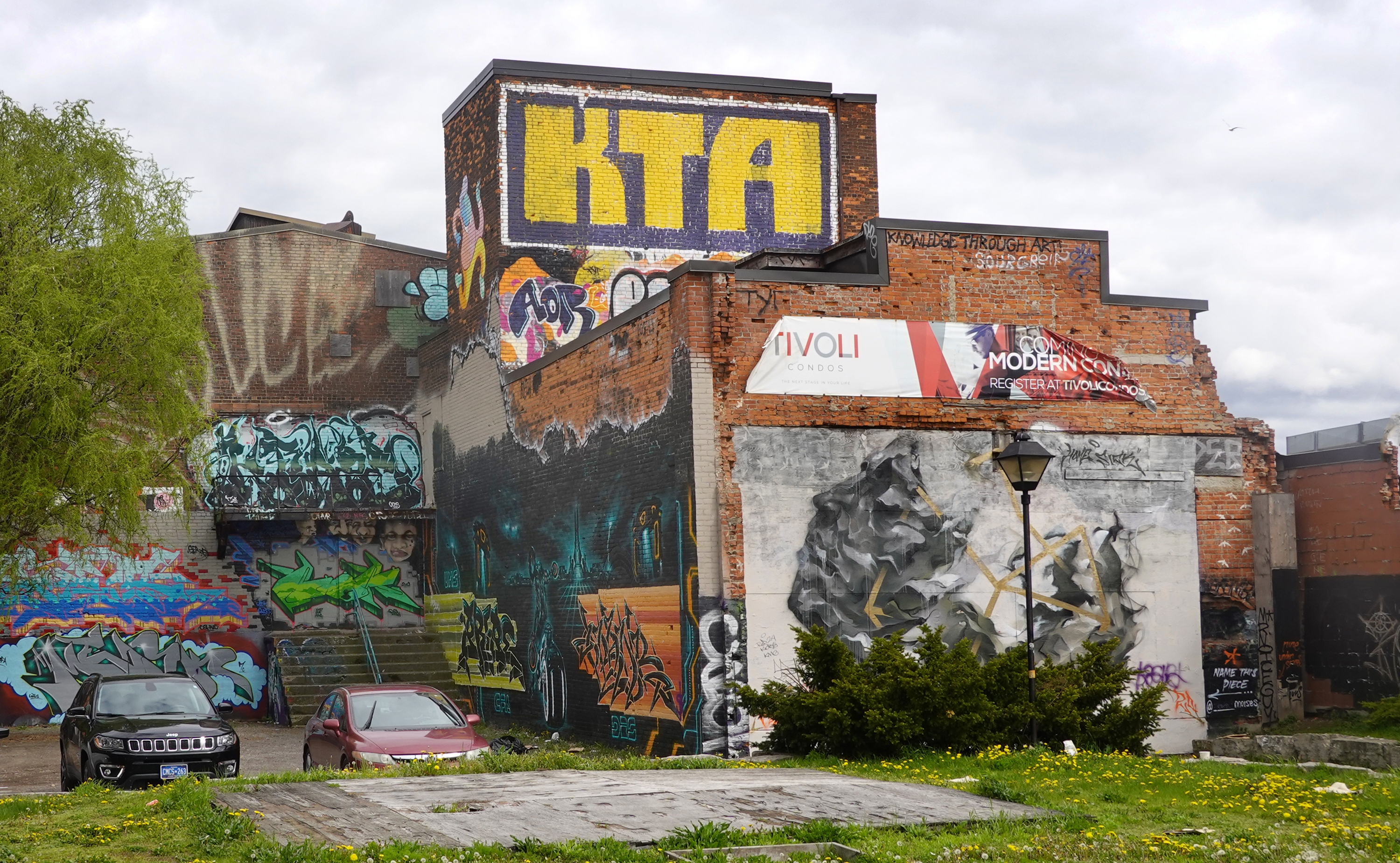 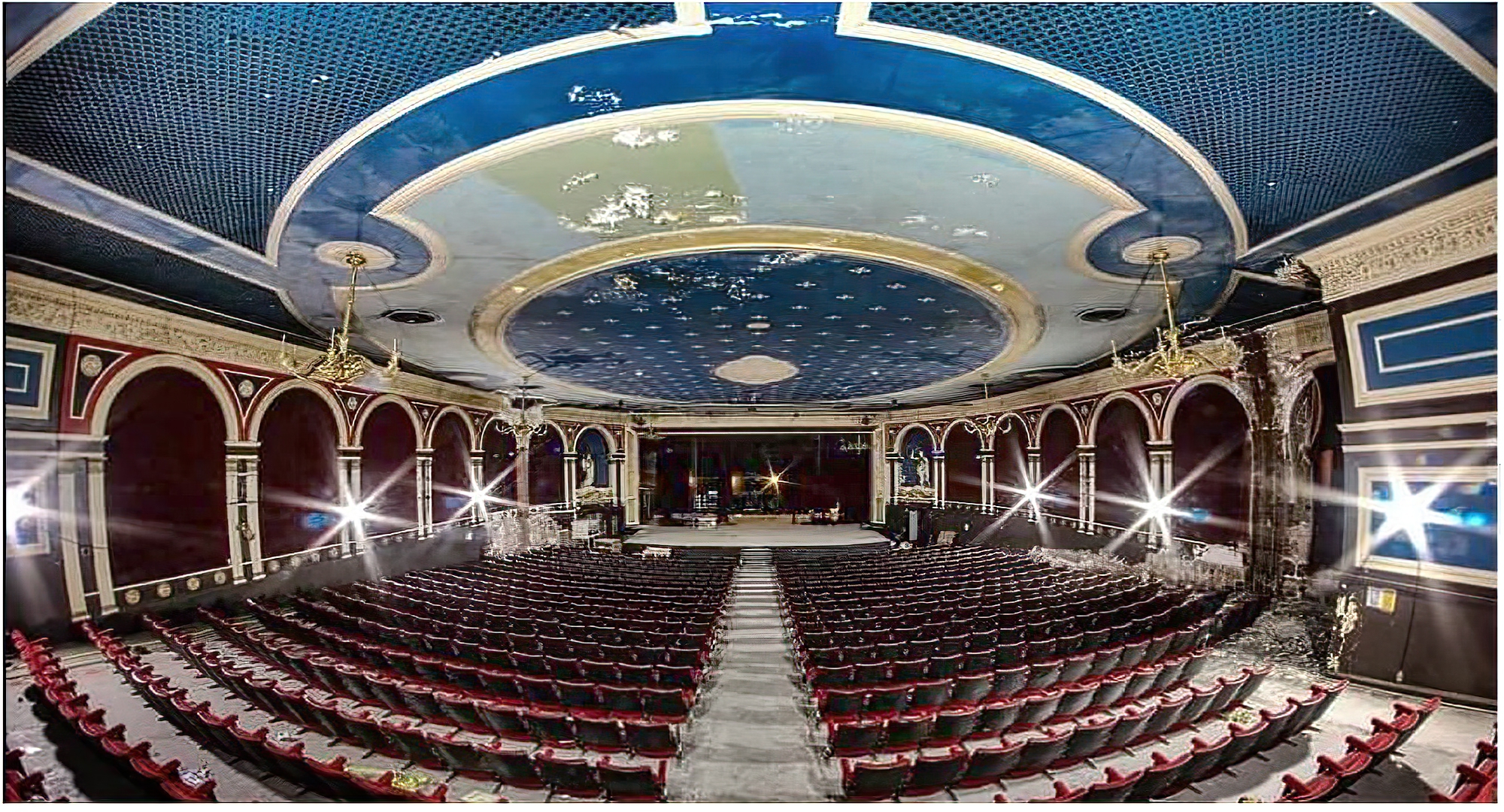 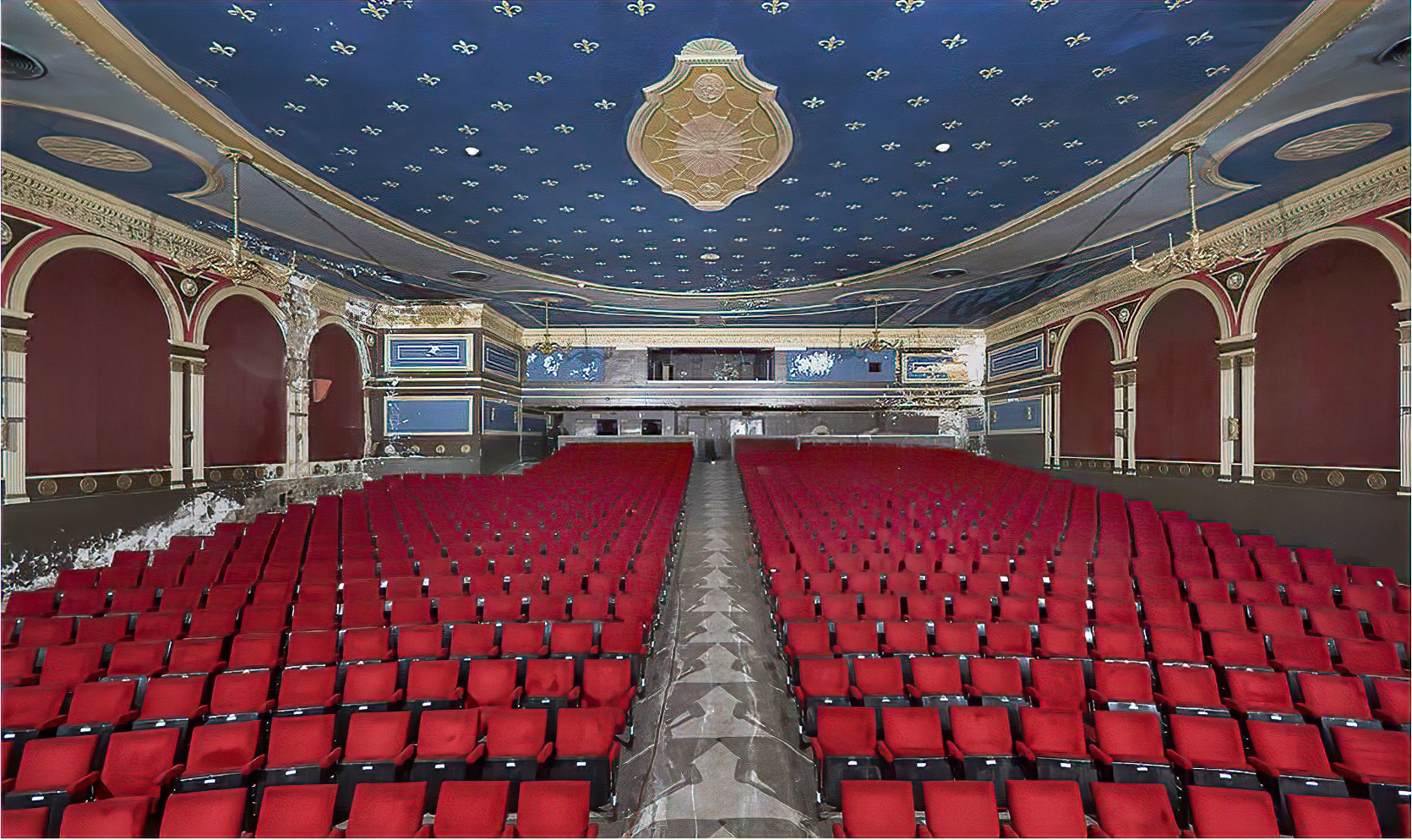 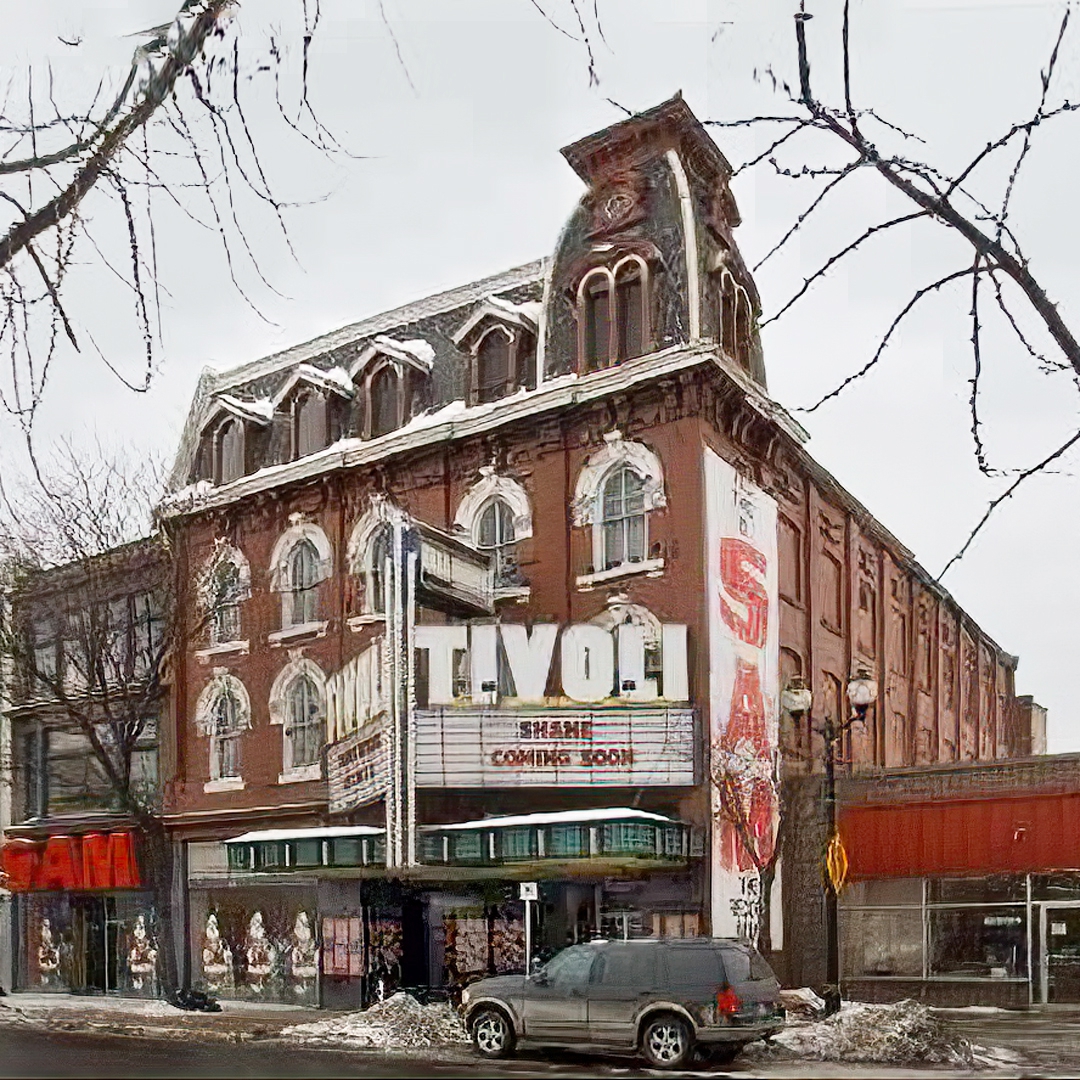 What remains of the once-grand Tivoli Theatre is the splendid 1,800-seat auditorium that was added in 1924. At that time, the entire theatre included an 1875 converted carriage factory/music hall stretching from James Street to Hughson Street North. One of the seven largest theatres in Hamilton – and the first to introduce sound pictures – the Tivoli was renovated in the 1950s to show widescreen blockbusters. It remained open until the 1990s when it was purchased by the Sneiderman family for a Sam the Record Man location and as a music and local theatre venue. The building was designated by the City of Hamilton under the Ontario Heritage Act and an attempt was made by a councillor and local heritage advocates to negotiate the donation of the theatre to the Heritage Hamilton Foundation. But, in 2004, the 1875 front section was demolished due to structural failure, leaving only the auditorium. It was sold to the current owner who plans to develop the property, adding a condo tower but restoring the theatre and incorporating it within the larger complex. Coming soon: As part of Digital Doors Open, watch the video below to learn more about this fascinating site.