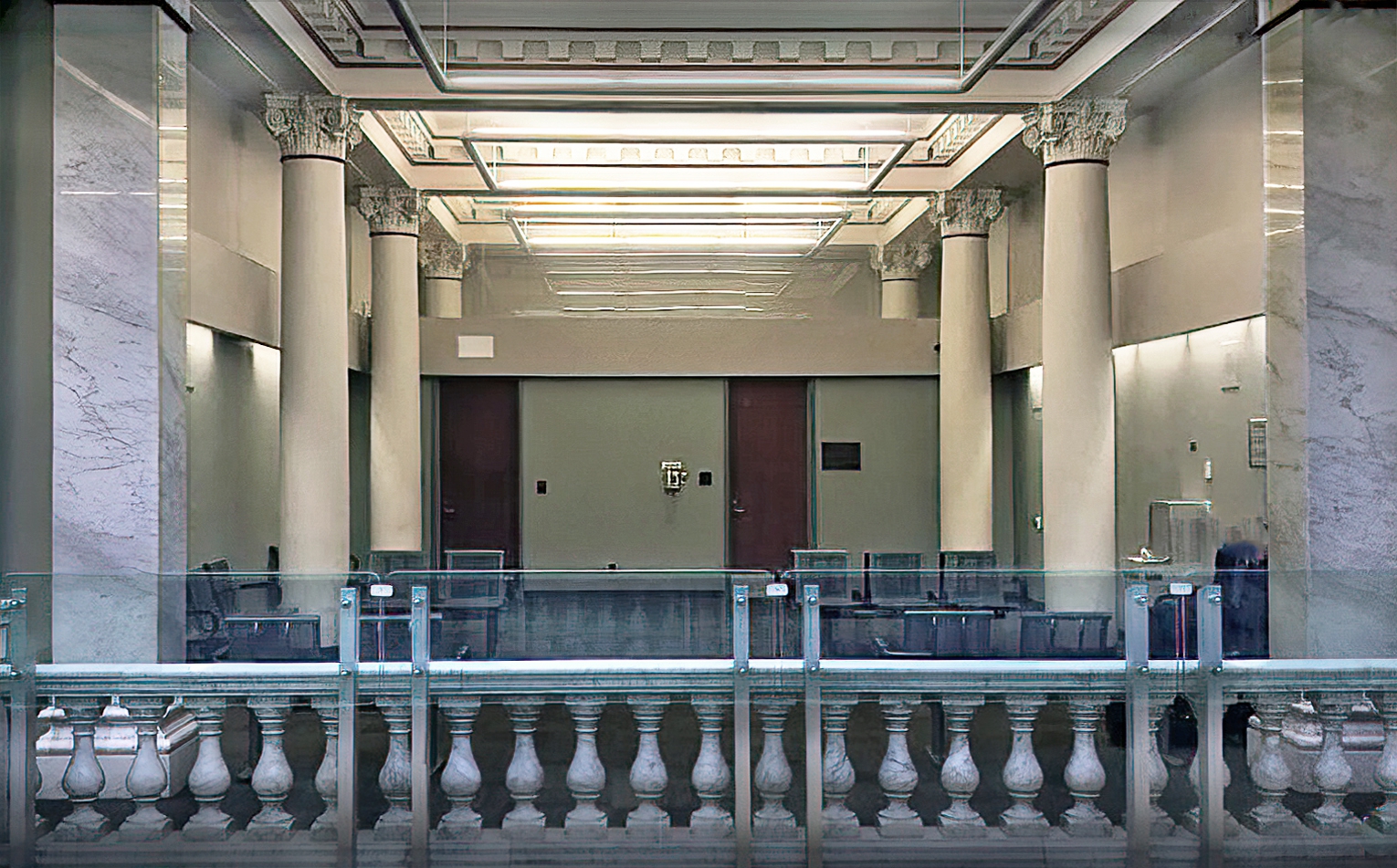 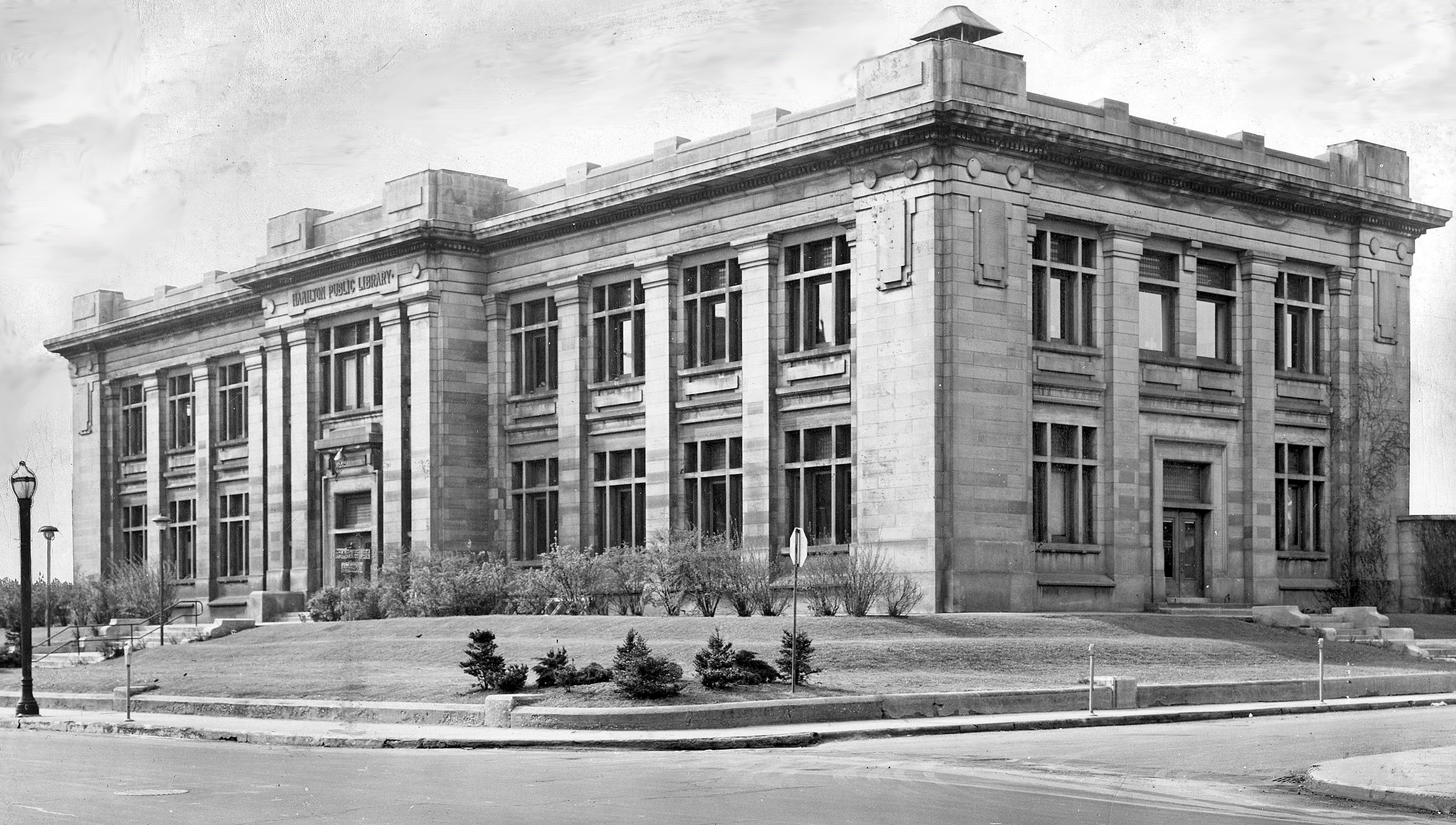 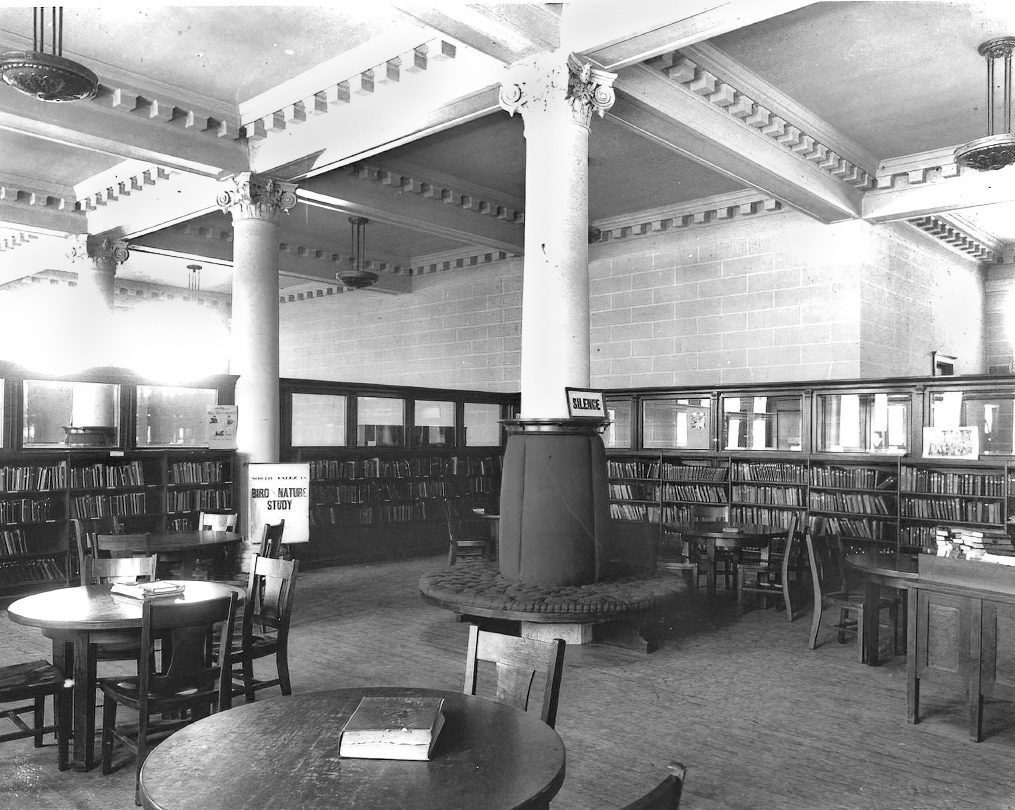 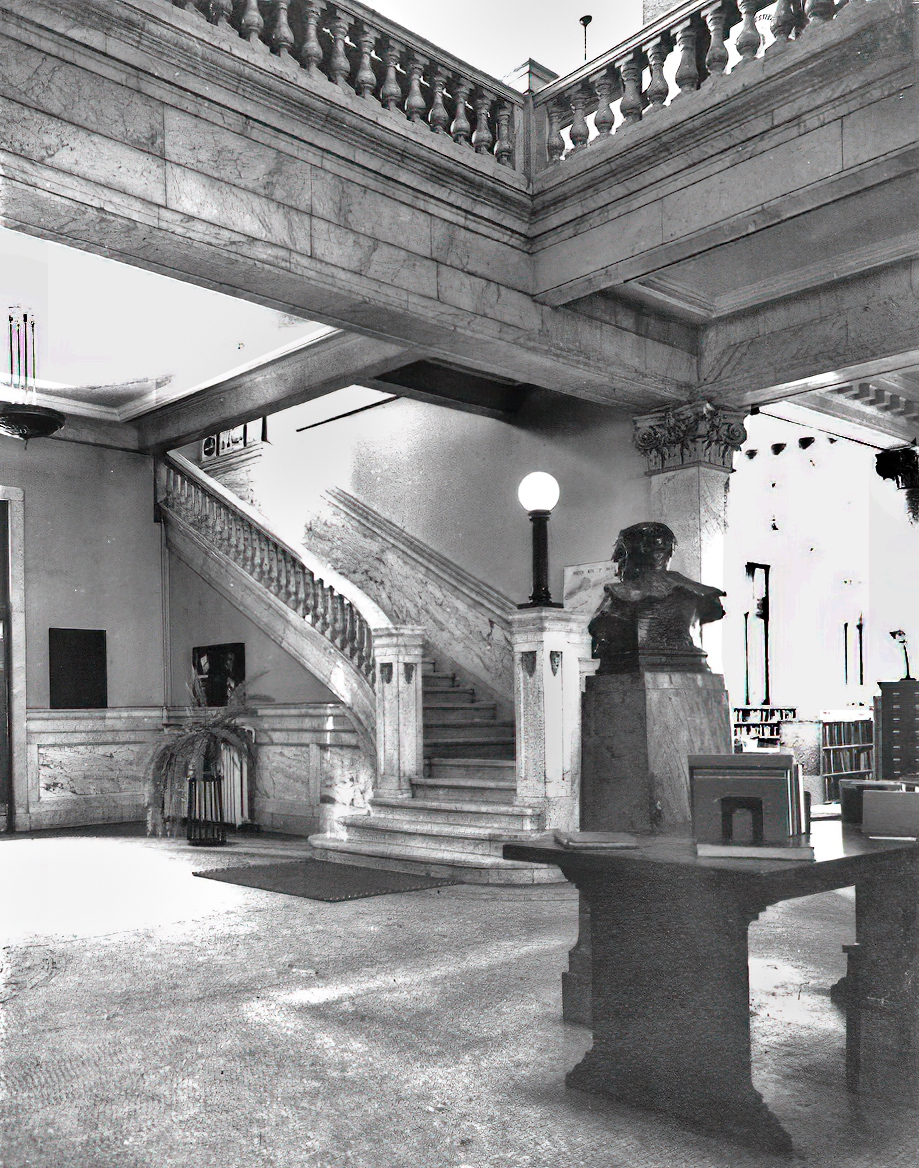 The former Carnegie Hamilton Public Library (1913-80), which now houses the Supreme Court of Justice Family Court, was constructed with a grant of $100,000 from American philanthropist Andrew Carnegie and officially opened on May 5, 1913 by the Lieutenant Governor (and fellow-Hamiltonian) Sir John Morison Gibson. This library, which offered visitors open shelving for the first time, was moved after six decades of service to its current location on York Street next to the Jackson Square complex. Designed by local architect A.W. Peene in the neoclassical style, its outstanding architectural features include two-storey pilasters, massive corner piers, the entablature with dentillated cornice and a prominent staired entranceway. A central two-storey atrium with marble balustrade, double staircase and skylight unifies the interior and provides a spacious and elegant entrance lobby. In 1987, it was designated by the City of Hamilton as a significant heritage landmark and one of the finest surviving Carnegie libraries in Canada. For Digital Doors Open, learn more about the history of this building through the video below.