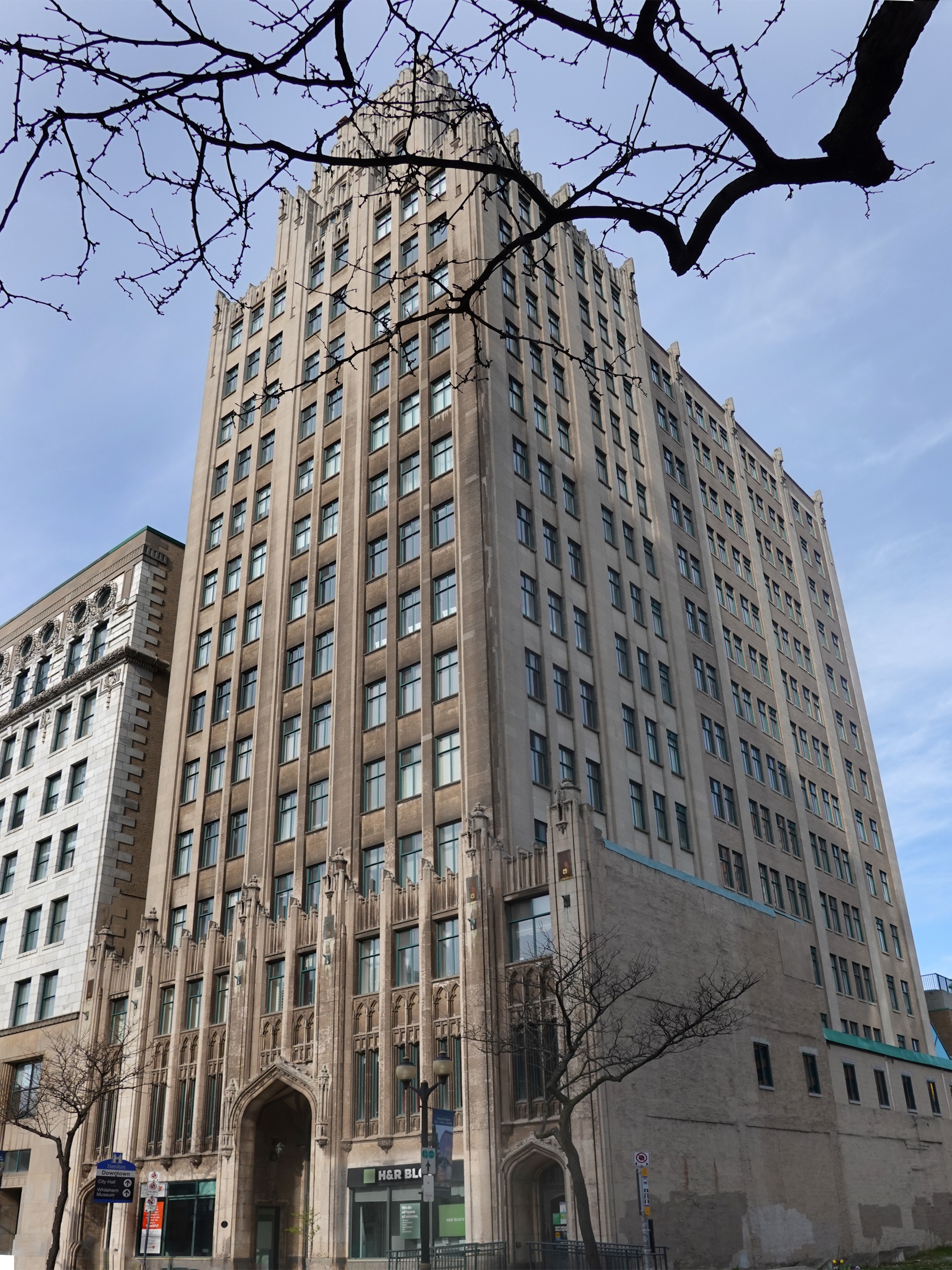 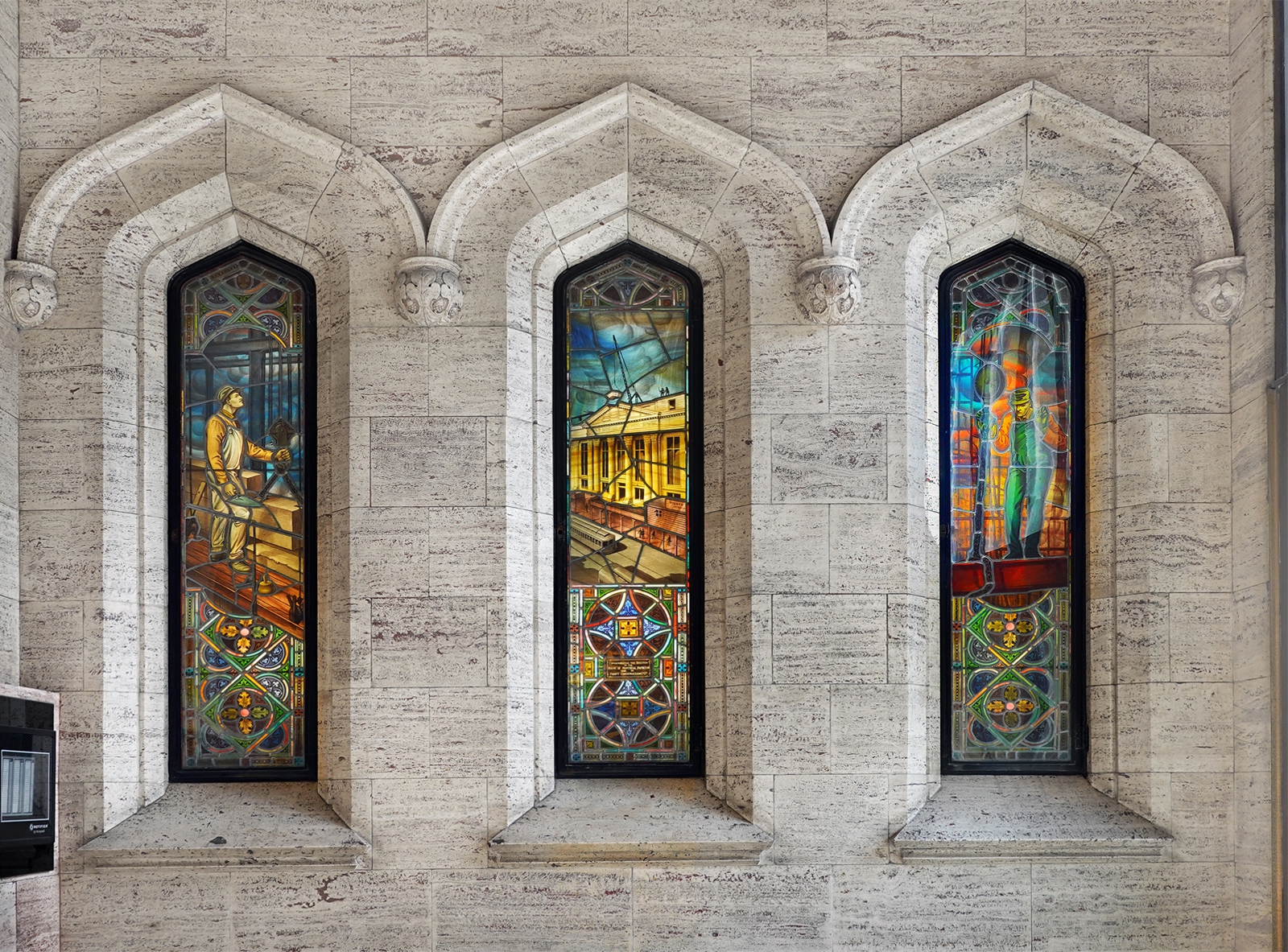 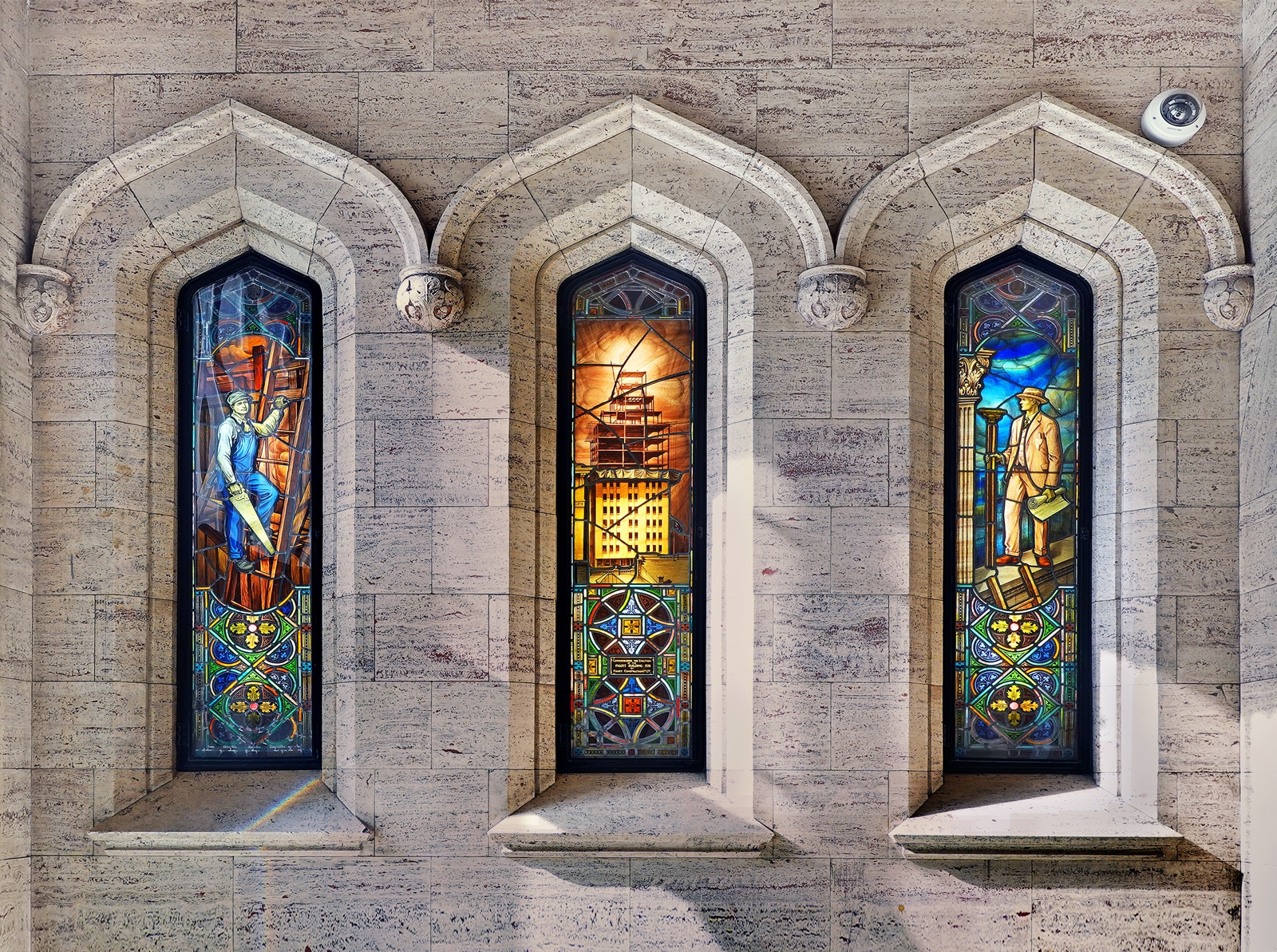 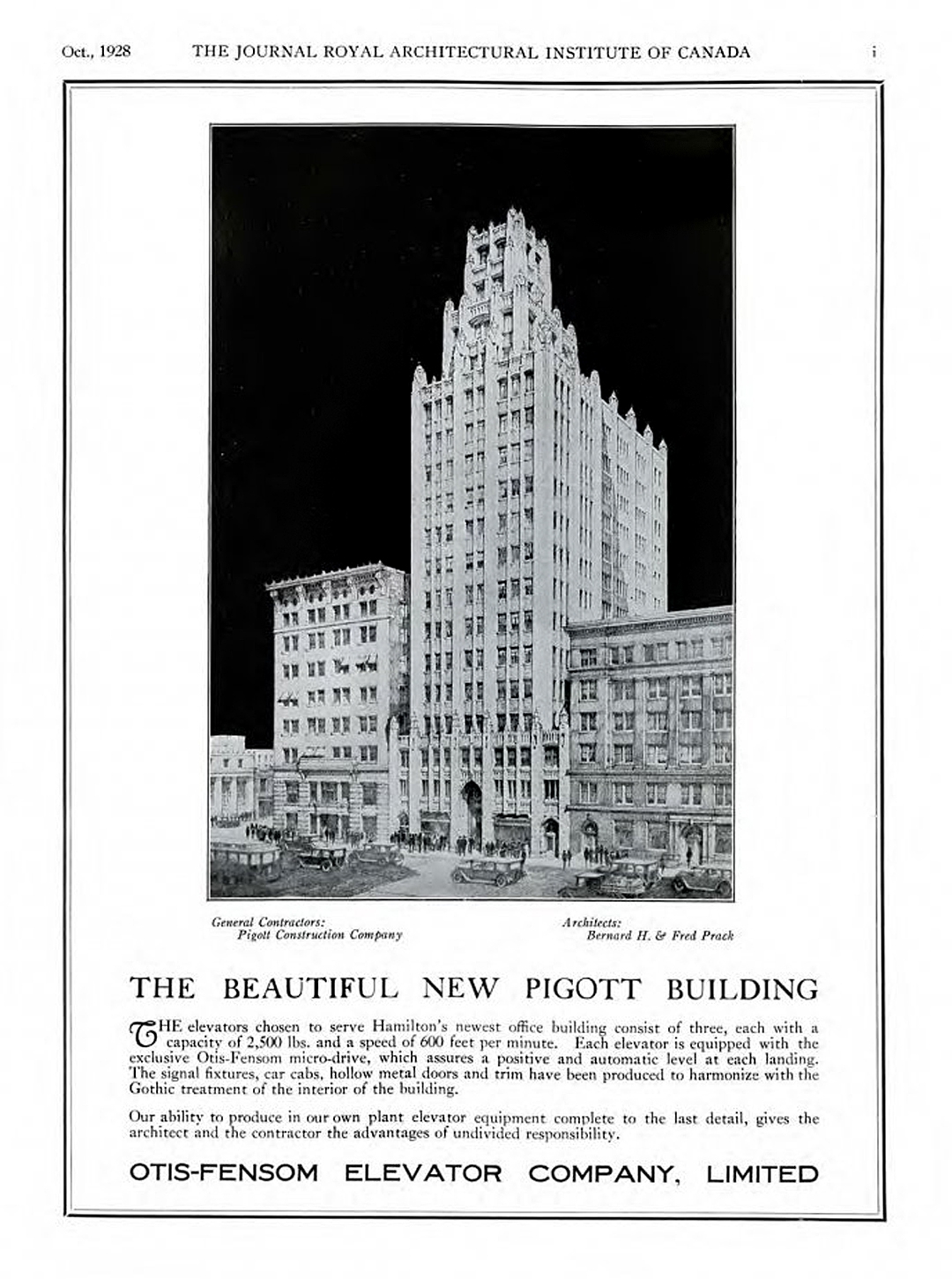 Built in 1920 at the cost of $1 million, the iconic Piggott Building was Hamilton's first skyscraper. The structure employed a steel skeleton rather than load-bearing walls to achieve the height of 64 metres (210 feet) and 18 storeys. With a limestone veneer façade, its design is art deco/Gothic revival with historical features of pointed arch windows, decorative moldings and rib vaulting over the entrance. In the foyer and lobby are facing stained-glass windows set in medieval-style lancets that depict building technology and construction of the Piggott. In addition, there are decorative ceiling tiles and painted murals in the hall and marble on the floors, walls and surrounding the elevator doors. The tower prospered as an office building until the 1970s when it became vacant. After changing hands a number of times, it was slated for demolition. But heritage advocates called for its protection and preservation and the City of Hamilton designated it in 1984 under the Ontario Heritage Act. The stained-glass windows that had disappeared were found in an antique shop and retrieved by the Heritage Hamilton Foundation for $12,000. In the 1990s, the Piggott Building was converted into luxury condos. As part of Digital Doors Open, watch the video below to learn more about the history of this site.