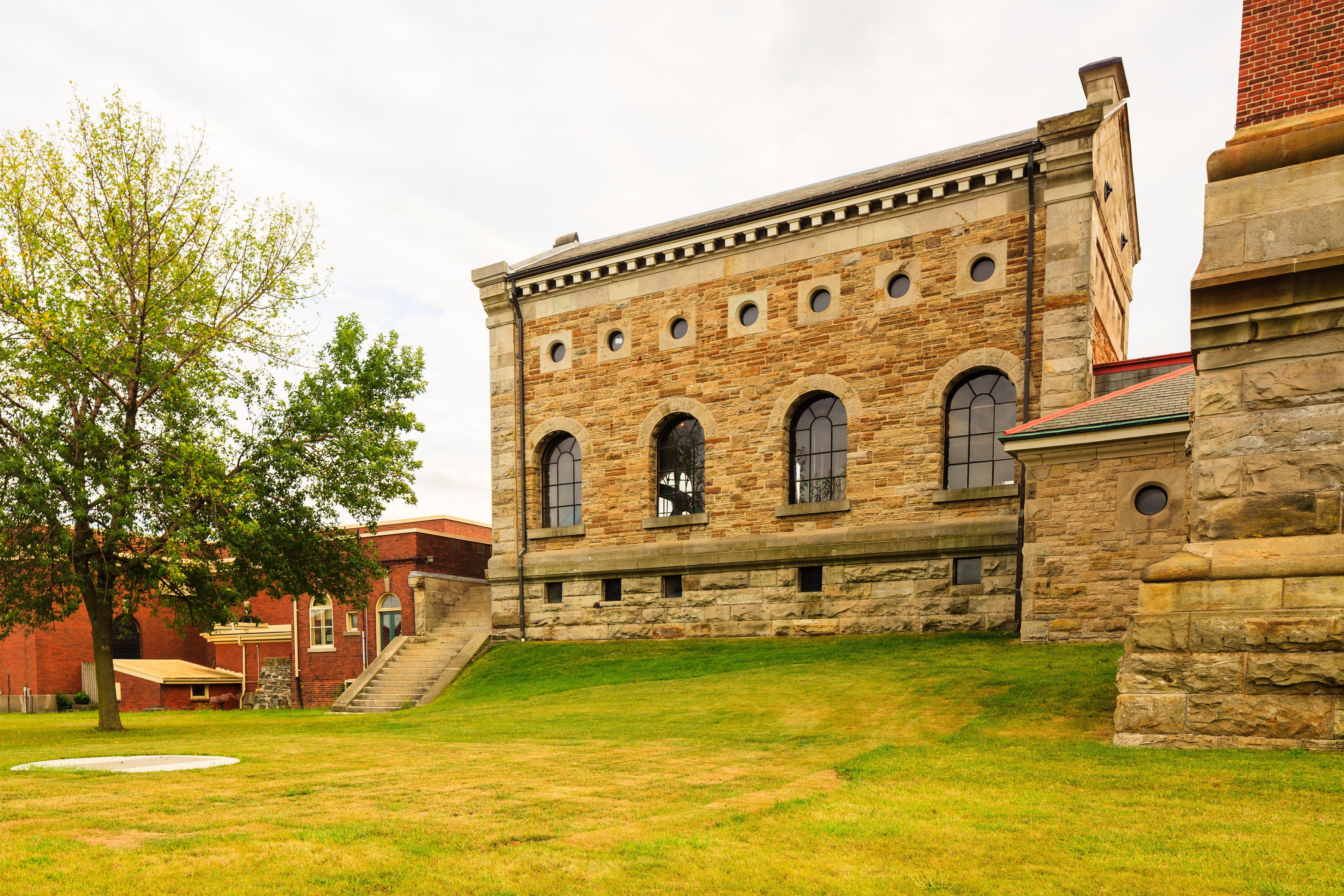 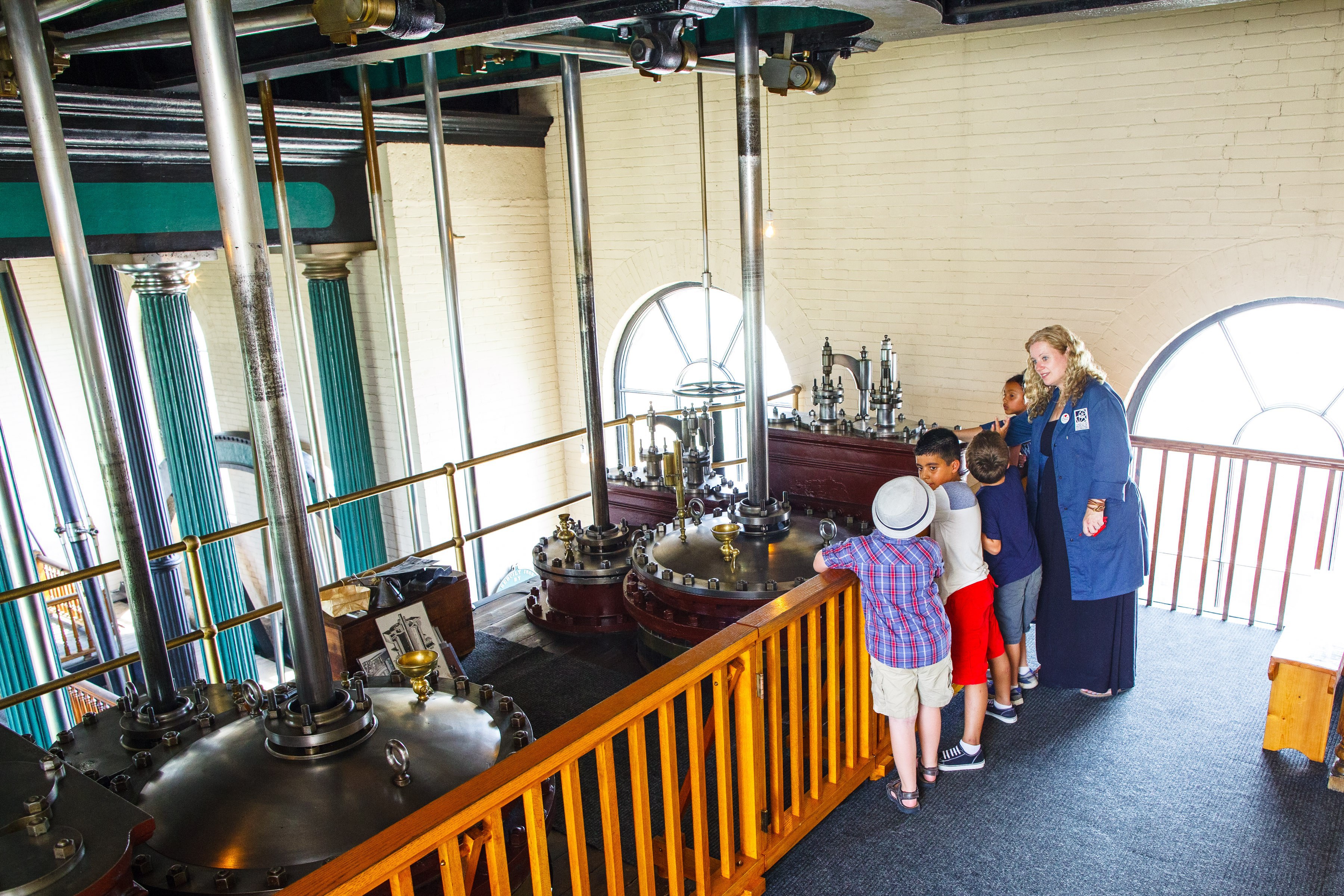 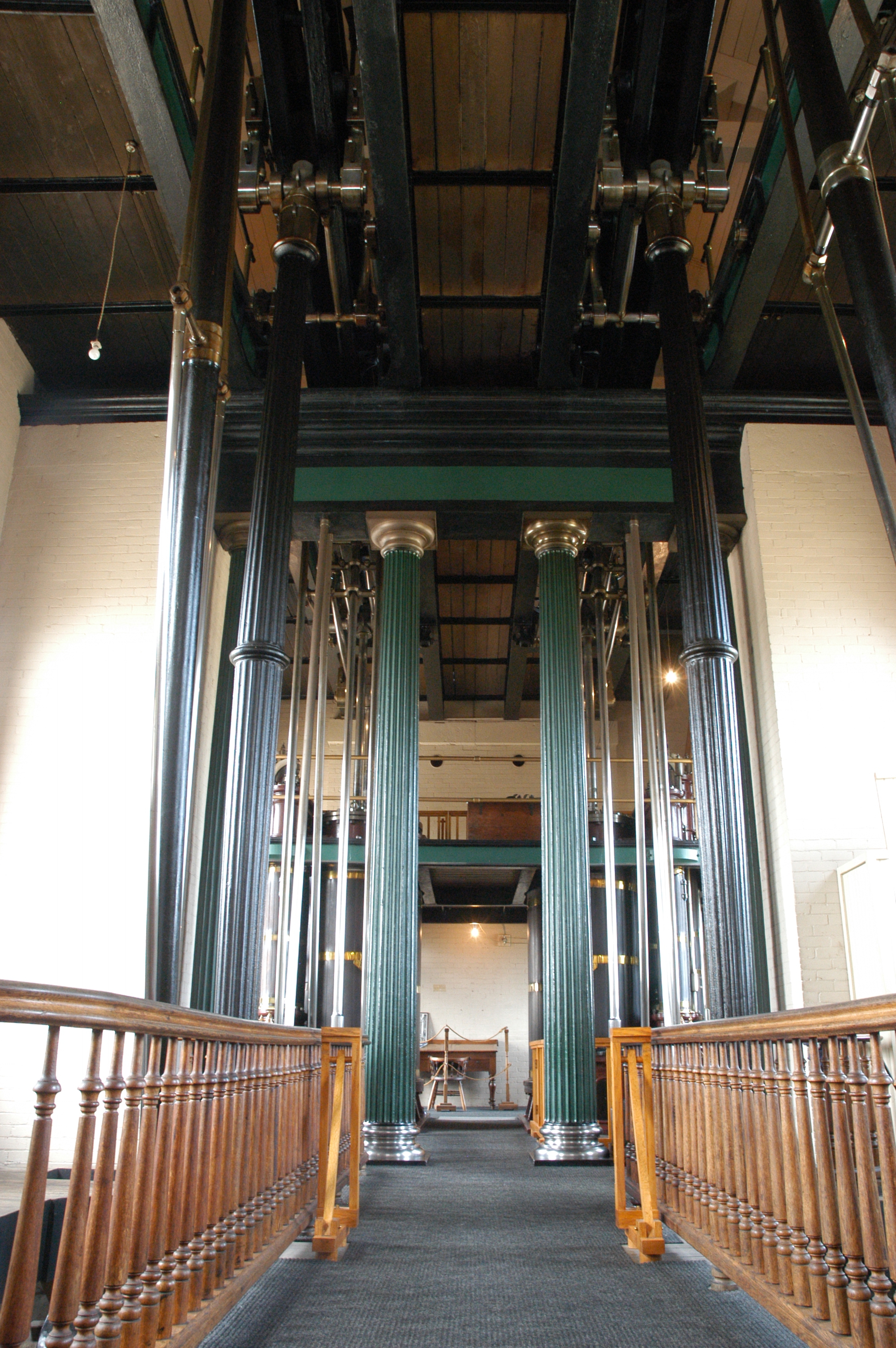 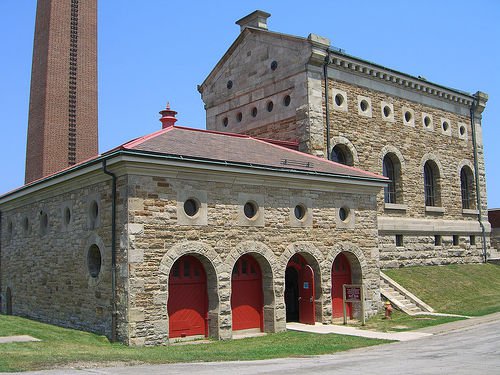 The Hamilton Waterworks, 1859, features two 14-metre (45-foot) high, 70-ton steam-powered pumping engines that supplied the city with clean drinking water from 1859 to 1910. The engines were made in Dundas, Ontario and are the oldest surviving examples of their kind in North America. The waterworks complex is a National Historic Site and a civil and power engineering landmark.

The Hamilton Museum of Steam and Technology is located in Hamilton’s first public waterworks, which was completed in 1859. The complex is the only intact mid-19th-century waterworks surviving in North America with its major buildings preserved – the pumphouse, boilerhouse, chimney and woodshed. The pumphouse contains two 70-ton beam engines (built in Dundas) – the oldest in Canada in their original location. One of these engines is still in operation powered by an electric motor. The grand scale and detail of the complex reflect a civic pride characteristic of mid-19th century Hamilton. The pumphouse and boilerhouse were built in the Italianate style of rusticated limestone with classical details and round arched and bull’s-eye windows. The 46-metre (150-foot) chimney was constructed with a brick shaft on a stone pedestal. The Hamilton Waterworks is a living museum that interprets through its buildings and exhibitions the history of 19th-century Victorian waterworks and steam engine technology. It became a National Historic Site in 1977. During Digital Doors Open, witness the social and mechanical life of Canada’s early industrial revolution by watching the video below or by exploring the site through this informative virtual tour.