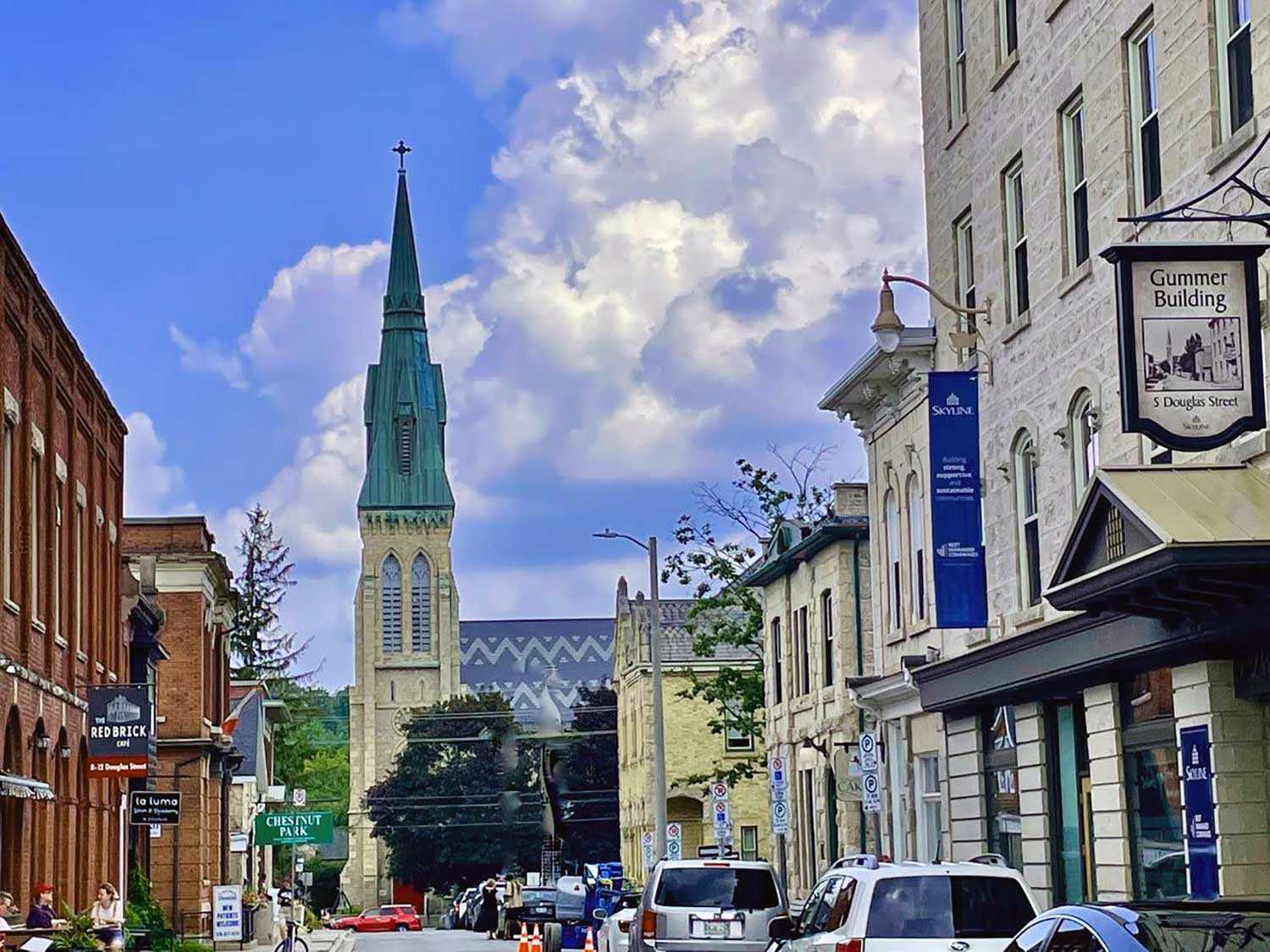 According to Gordon Couling (as quoted by local author Cindi Conlon in her book, A Limestone Trio), “Douglas Street provides an unexpected contrast to the spaciousness of Wyndham Street. … The street provides an impressive frame for the vista to St. George’s Anglican Church.” Because of its proximity to the County Court House and related buildings, Douglas Street became the location of many lawyers’ offices. Over the years, that tradition has continued but the addition of the Red Brick Café and other businesses has given the street its character. Because of its picturesque streetscape and collection of heritage buildings, it has become a popular film location and has often been used in the CBC’s Murdoch Mysteries television series. As part of Digital Doors Open, Conlon will take you on a virtual walk in the video below and highlight the fascinating history of the street and its buildings.