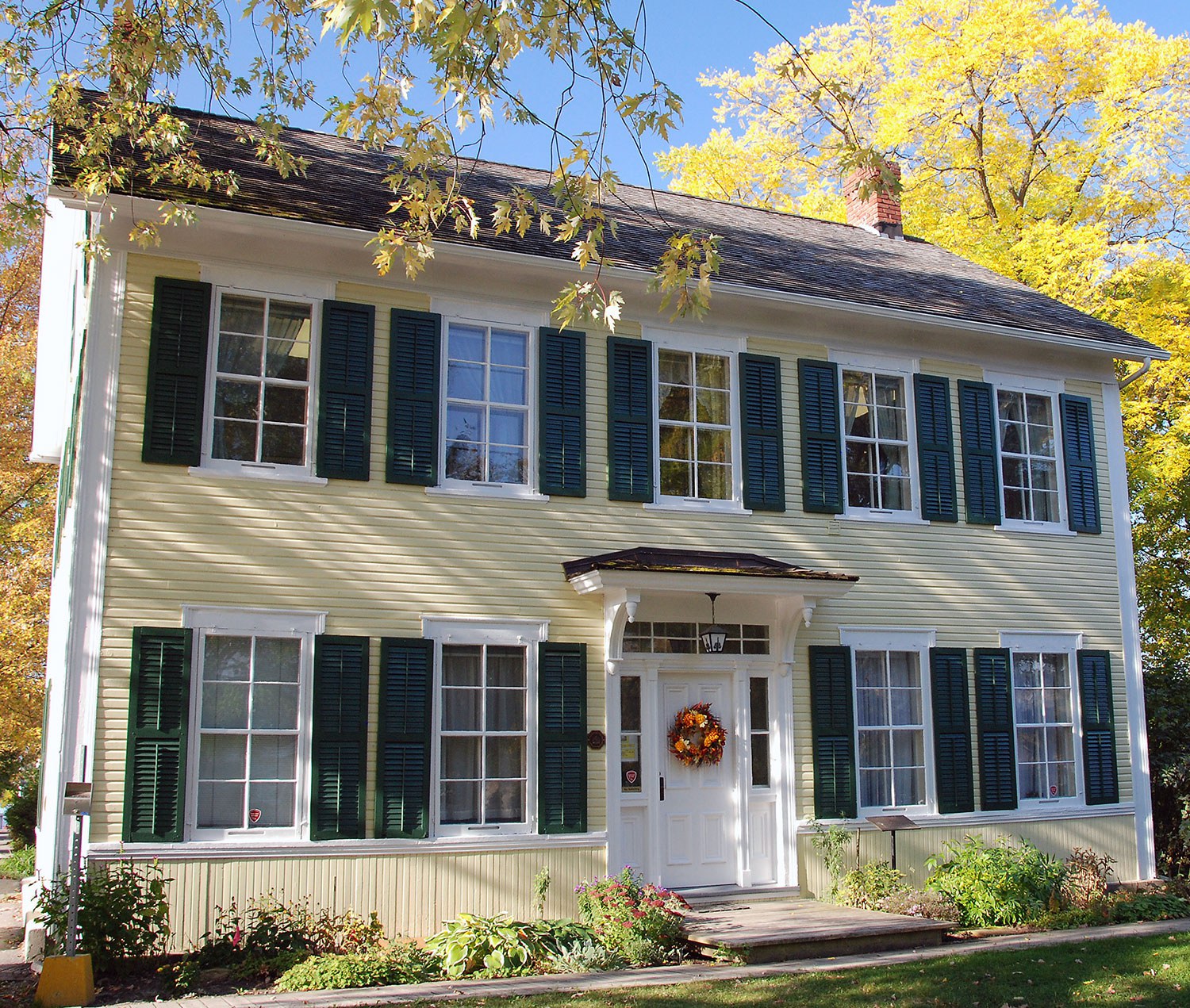 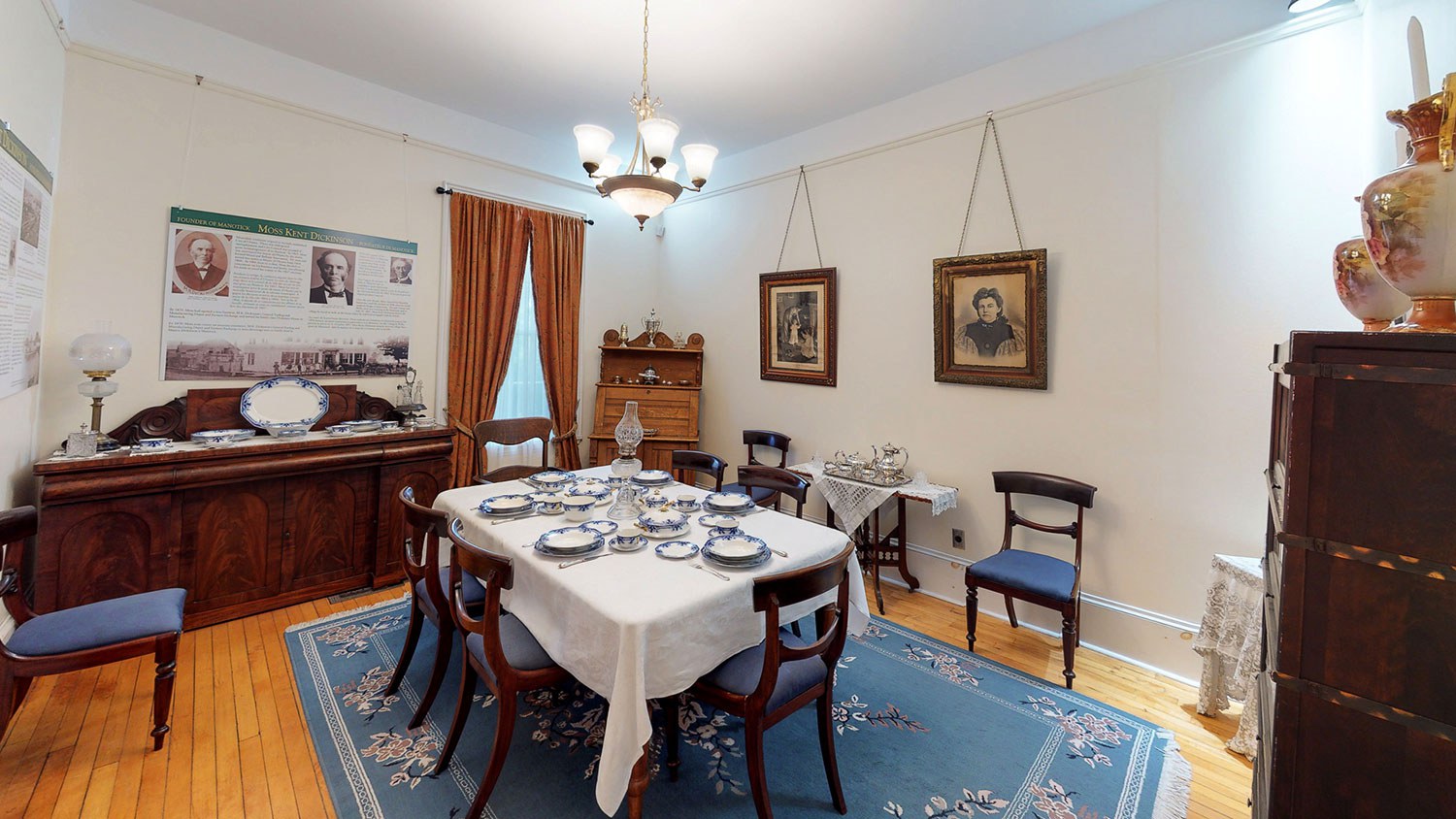 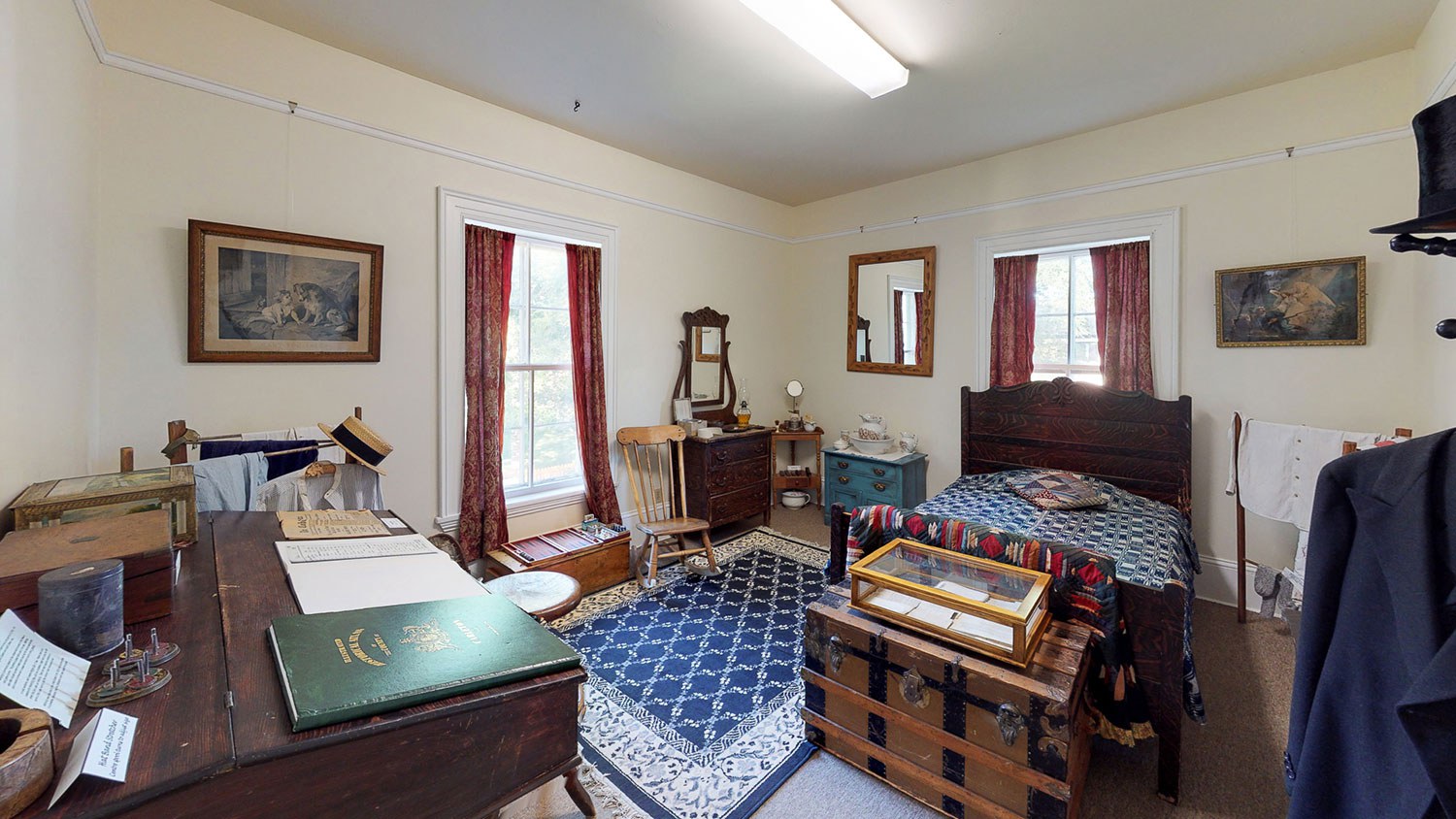 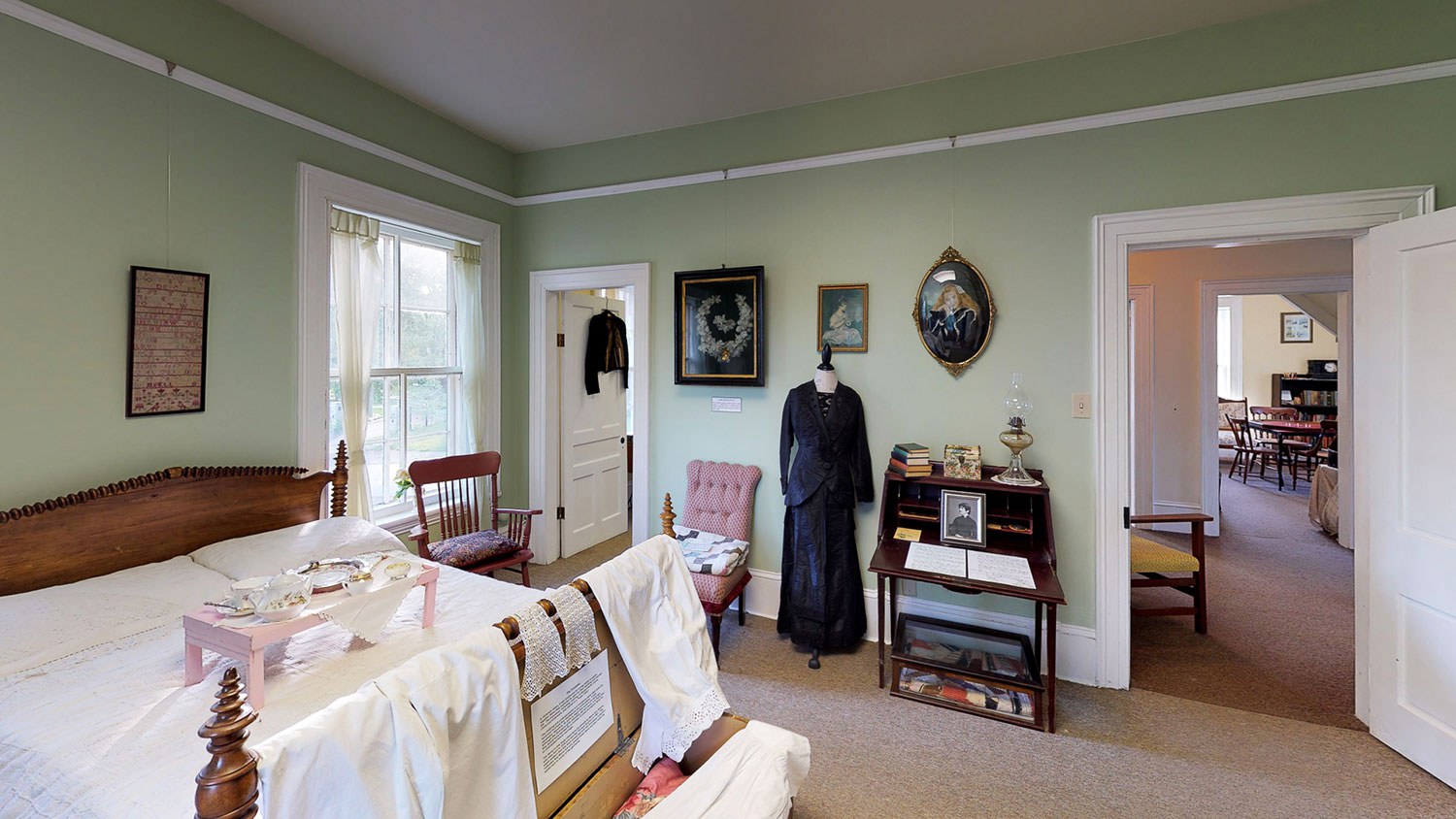 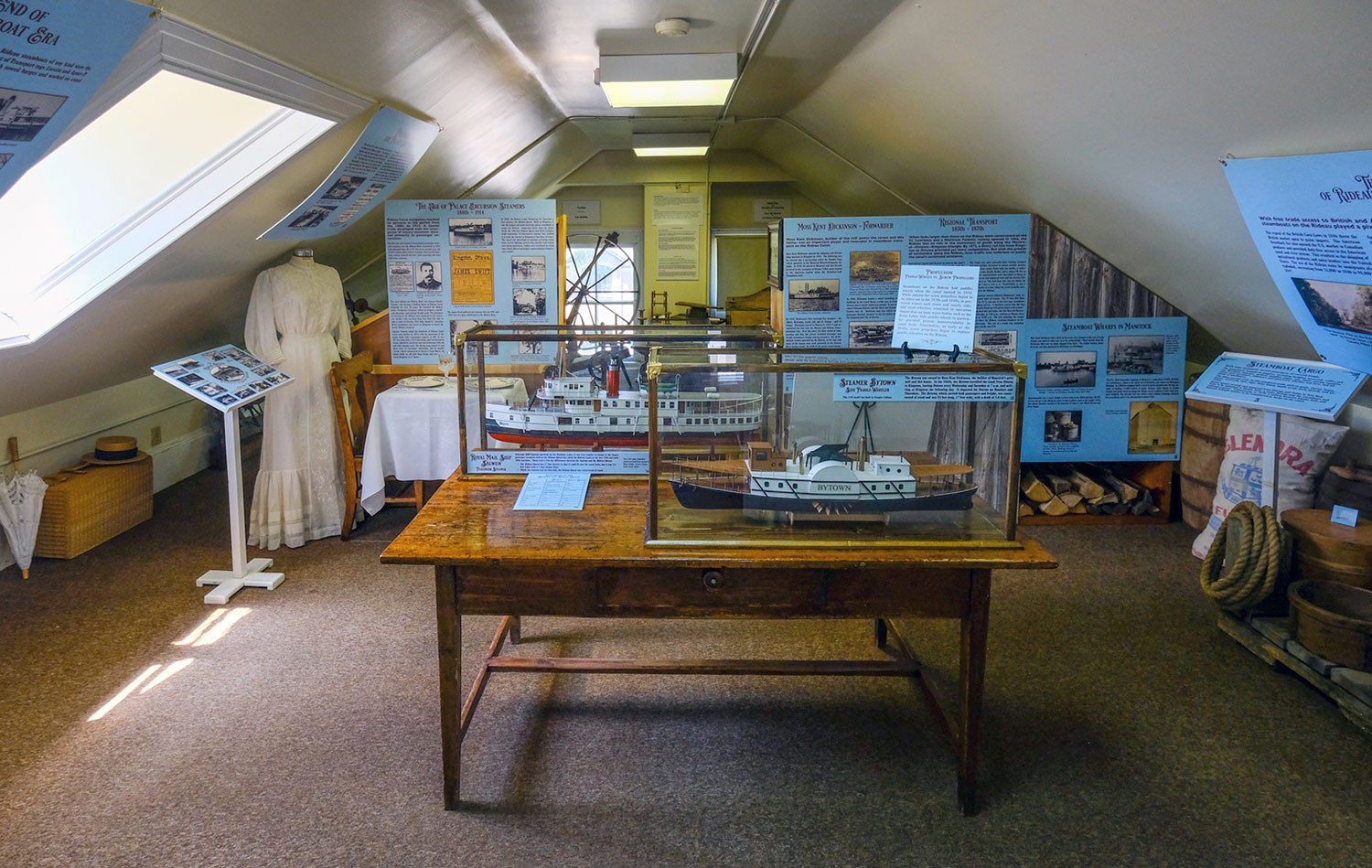 Dickinson House, along with Watson’s Mill and an associated carriage shed, form the core of Dickinson Square, an enclave of heritage buildings in the historical centre of Manotick. In 1858, Moss Kent Dickinson and his business partner Joseph Currier leased water power rights at the site and built a milling complex. By the time Dickinson became sole owner in 1863, there were mills to grind grain into flour, saw lumber and card wool. In later years, wool fabric and stoppers for barrels were also produced. In 1867, Dickinson constructed the 2½-storey clapboard house that still stands facing the grist mill. Originally used as mill offices and a general store, the house became the Dickinson family home in 1870. They lived in the house for 60 years and were followed by two subsequent mill-owning families – the Spratts (1931-48) and the Watsons (1948-72). Furnished in the Victorian manner, Dickinson House and its costumed guides are happy to welcome you and share the history of the house and its times. As part of Digital Doors Open, take a virtual tour of the site.